Home Interviews Interview with Carla DeSantis Black: An Advocate for Women in Music 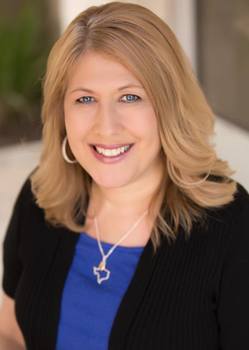 Carla DeSantis Black has been a leading advocate for women in the music industry for the past two decades. Black is a musician, lecturer, journalist and life coach. She founded the first national publication for female musicians in the United States, ROCKRGRL Magazine (1994–2005), written for numerous publications such as Rolling Stone and The Seattle Times, produced music conferences for women in music, was named by Seattle Sound Magazine as one of the “50 Most Influential People in Seattle Music,” served on the Governing Board of the Northwest Chapter of the Recording Academy, and most recently published a new book titled “GRLTalk” and founded the Musicians for Equal Opportunities for Women (MEOW).

GGM:  Can you share with us your background in the music industry?

Carla:  I was in an all-female band in the early ’80s – always had played music before that – and every night we were asked if we were lip-synching. I thought that was very odd and that was the genesis of ROCKRGRL. I had set up to be a musician – not an industry person. Then I realized there were much bigger issues out there that needed to be addressed.

GGM:  What instrument do you play?

Carla:  I play a bit of piano and guitar, but in bands I was the singer and bass player

GGM:  You founded ROCKRGRL back in 1994 and continued the venture through 2010.  During that time, ROCKRGRL Magazine interviewed some big names and the ROCKRGRL Conferences were quite a success. Can you reflect on some of the exciting times? Do any events jump out as memorable?

Carla:  I loved doing the magazine, as much as I complained how hard it was. It gave me insight into what makes creative people “tick.” They do indeed march to a different drummer – or guitar player – and hearing their stories was absolutely inspiring. It also made me realize my own strange experiences as a female were hardly unique. The first conference in 2000 was really exciting – speakers were Ronnie Spector, Amy Ray and Courtney Love. We had 250 female musicians playing music all over downtown Seattle. That had certainly never been done.

GGM:  Did you ever encounter any criticism toward the Magazine?

Carla:  When I first started I heard other people calling it a “lesbian magazine,” which I found amusing as sex was rarely mentioned in ANY way in it. And I’m not even a lesbian! But somehow the idea of a magazine for women that wasn’t all about make-up and dieting and fashion was breaking new and unchartered ground. Some artists didn’t want to be associated with a magazine about women. They saw it as ghettoizing – but my philosophy is that if women have a place where we can discuss our issues and realize we are not alone, we will not just survive in the music industry, we will thrive and have an opportunity to really be at the top of our game.

GGM:  The publication ceased in 2005. What made you decide to discontinue ROCKRGRL Magazine?

Carla:  The writing was definitely on the wall at that point as far as the Internet goes. The costs of printing and postage were skyrocketing while the demand for INSTANT information grew also. I was burned out after a decade and needed to regroup – and move away from Seattle. But print magazines are a very tough business model these days.

GGM:  GRL Talk: 231 Memorable Quotes from ROCKRGRL Magazine is your newest publication and is described as an inspiring collection of ROCKRGRL’s timeless “AHA!!” moments. Do you have any one particular quote that stands out from the rest?

Carla:  Not really – I enjoy the funny ones such as Angie Heaton’s quote – “all my songs are about crushes and death and being crushed to death.” Ani DiFranco had some extraordinary premonitions about the direction of the music business. She was one of the first “indie” artists and when she started her own label, it was almost regarded as heresy. Now it’s the norm rather than the exception.

GGM:  So, tell us about Musicians for Equal Opportunities for Women (MEOW) and your passion to “level the playing field” for women in the music industry.

Carla:  I fielded so many bizarre comments when I played music – and through ROCKRGRL learned that others had experienced the same thing. I believe that you need role models in order to know something is possible. Men had The Beatles and the image of that group – replete with screaming girls – is the archetype rock and roll is built on. That and the pretty sexist Rolling Stone (don’t get me started on THAT!). Women have a lot of good girls gone bad – Janis Joplin, Billie Holliday or divas like Barbra Streisand and Diana Ross. Women who are musically ambitious are viewed with skepticism or that old chestnut “you are good for a girl.” It’s really pretty ridiculous and I think it’s up to those of us who are musicians and invested in the success of women in all facets to band together and make sure all types of women are represented in all aspects of music. Weird that so many women are still considered novelties: drummers, all-female bands, engineers. It’s simply bad for our culture. We are, after all, the communicators!!

GGM:  Since your time with ROCKRGRL Magazine through today,  it would seem that a lot has changed over the years, but what do you still see as some of the major challenges facing female musicians today?

Carla:  The price of recording is so low that anyone can make a record – but not everybody should. It’s a tough career choice and you need to be smart about it if you are going to pursue it seriously. I do indeed think women are still viewed as second-class in music and that’s heartbreaking. In my lifetime the idea that women in the health care field could only be nurses or women in law were secretaries and paralegals has changed. I’m not saying those are not decent careers – but women in leading positions – in politics, at the helm of Fortune 500 companies, etc., is still a rarity. I want to examine the dark underbelly of sexism and make sure anyone who wants to pursue anything in music feels entitled to do so. In addition – you are not a GOOD musician because you are female any more than you are a BAD one. If you read blog comments about women musicians and their f***ability, it’s very disheartening!!

GGM:  The inaugural MEOW Con is scheduled to be held in Austin, TX from October 24-26, 2013. It’s quite an impressive Team you have put together for this event. Can you share with us your goals for the conference and what types of events are planned…and who we might get a chance to see perform?

Carla:  Suzi Quatro, who was the role model for Joan Jett and many other women we see as pioneers, was the quintessential female bass player. She’s from Detroit, but she’s lived in the UK since the early ’70s. She’s funny and accomplished and I am looking forward to honoring her and hearing her keynote speech!

We will also have lots of panels on tracks called ICE – Impact, Career and Equality. So if sexism isn’t your “thing” you will still get a lot from the panels about career – or hear about women who will inspire you – like the ’90s punk band Frightwig, who have recently reunited. They were an inspiration for Courtney Love!

Kathy Valentine who recently left the Go-Go’s will be speaking. She says Suzi Quatro is her bass hero. Kathy is great and I’m sure she will have a lot of fascinating stories to share.

Linda Chorney will also be speaking. She turned the Grammys upside down last year when she was nominated for Best Americana Album alongside well-known artists even though she had barely sold any albums. She used social media to gain fans and votes. It was a game changer!

Then there are the performances – there will be 100 plus female performers in all styles of music, all ages, too. It will be the 2013 version of a ’60s love in, rally, peaceful protest and industry event all rolled into one.

GGM:  What advice would you have for young aspiring female artists to help them enter into and navigate the music industry?

Carla:  There is no substitute for experience and finding mentors. With the Internet you can find like-minded people who do not necessarily live in your town. Take advantage of all the knowledge out there and don’t be afraid to experiment. You still have to be willing to practice hard, stay focused and not allow silly things like gossip, peer pressure and insecurities get in your way. The more time you put into your music, the better you will be. Oh, and come to MEOW Con! It’s an all-age event.

Carla:  Not sure I have a favorite – I like so many. I love to hear any artist with a point of view that is unique and eloquent. I’m pretty bored with auto-tuned pop.

GGM:  What was the first concert you attended?

Carla:   I think it was a Day on the Green in San Francisco with Fleetwood Mac in Oakland – August of 1975.

GGM:  What are the top 3 songs on your playlist?

Carla:   I am LOVING the new music by Ruby – Leslie Rankine – also adore Grimes and the Yeah Yeah Yeahs.

GGM:  What are your hobbies and interests?

Carla:  I am obsessed with my dog – a 14-year old Bichon Frise named Duncan. I am also addicted to reading books on my Kindle. Those two interests are just about the only down time I manage.

For more information on Carla DeSantis Black, MEOW and the upcoming MEOW Con, visit these sites: