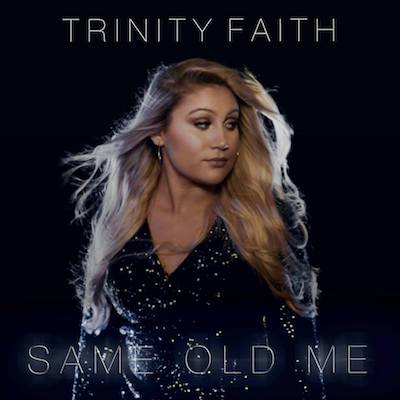 So you recently released your new music video “Same Old Me.” Can you tell us a bit about the day of the shoot? Were you excited/nervous? Any funny stories? What was it like making a music video for the first time?

We had done so much preparation the days leading up to the actual shoot, so the day of was just a rush of excitement getting to be with the session guys who happen to be some of my best friends! On the day of the shoot, I woke up extra early to drive to Chick-Fil-A and get two gallons of their sweet tea for the guys and me, it’s like our secret sauce (haha). It definitely got us through the 10 hours of shooting!

You’ve been singing and performing for quite a while now, and I understand you’ve relocated to Nashville. How was the transition to Music City and how do things compare to your hometown Tampa, FL?

It was definitely a challenge moving away from my friends and family at such a young age, fresh out of high school but on the other hand, I was super hopeful for the future and excited to begin writing and making my own music. Country life in Tennessee compared to City life in Tampa definitely has its differences but I love both of the states so much and so blessed to call both of them home.

Can you tell us a bit about your recording sessions in Nashville? How was the experience?

I was blessed to record my first EP when I was fifteen with the same session guys that I have now. They make studio days so awesome. It’s so rewarding to start with my ideas and creations and work together to make something so meaningful and special. Each time we are in the studio, they get to know a different side of me and my life. Not to mention every time we get together we pick on each other and joke around most of the time, they are like my Big Brothers.

Tell us a bit about the artists that have been the biggest influences in career, who you admire, and why?

I am pretty much an old soul at heart. I grew up listening to James Brown, Etta James, Journey, Whitney Houston, Celine Dion. I always admired their heart and soul for music. I saw how they didn’t just sing but felt and lived the words they sang, every single time they were on stage. Tori Kelly, Carrie Underwood, Rascal Flatts, are some of my modern-day influences and continue to inspire me with their unique songwriting and pure love for music.

Everyone in the industry has been adjusting to a new way of life due to Covid-19. How have you been using this time as an artist? Have you been writing new material or performing via Facebook live?

One of the positive things during this time was actually releasing my new single and music video. I got asked a few times, “Isn’t this a rough time for releasing music, during a pandemic?” It actually was the opposite for me. Music has always been a way to take my mind off of the tough times I was going through, and I really wanted this new release to be a bright light to people who needed a reason to smile during this dark time.

I put out an acoustic cover of me playing “Somewhere Over the Rainbow” on YouTube. It was just me and my guitar—very raw and heartfelt, and I wanted to dedicate it to the families and people who are struggling during this time. Yes, I have definitely taken this time to continue to write and tweak things I am working on while also continuing to take voice lessons over FaceTime with my vocal coach and make sure I am strengthening my voice and practicing the fundamentals.

What are your plans moving forward after this? I’m sure you’re looking forward to getting out there and performing again. Any dream venues or events you would like to perform one day? Any other future releases we need to keep an eye out for?

I am totally looking forward to singing on stage again!! Performing for me has been a dream of mine since I first started singing at the age of four, so I would have to say my dream venue is Madison Square Garden or any arena. We have some other songs we recorded in the studio when we did “Same Old Me” that I can’t wait for y’all to hear very soon. All of them tell a story about my life and have a piece of my heart!

About Trinity Faith courtesy of management:

Trinity Faith is a promising young artist from Tampa, FL who has been singing and performing her entire life. Growing up she competed in numerous talent and singing competitions winning five overall talent international titles and four Florida state titles. Highly involved with her faith and church, she wanted to use her talents to bring joy to others performing at charity functions and events like “No Kid Go Hungry,” fallen officer tributes, and assisted living homes. Other notable performances include singing the national anthem at NASCAR, NBA, MLB, University of Florida, and University of South Florida athletic events. While still in high school, she took her first trip to Nashville to record her debut EP. It was during this time that she met her current studio musicians and producer who she continues to work with today. Now that she has graduated high school she is living in Nashville and pursuing music full time. Her new single and video “Same Old Me” is from her upcoming debut full-length album.