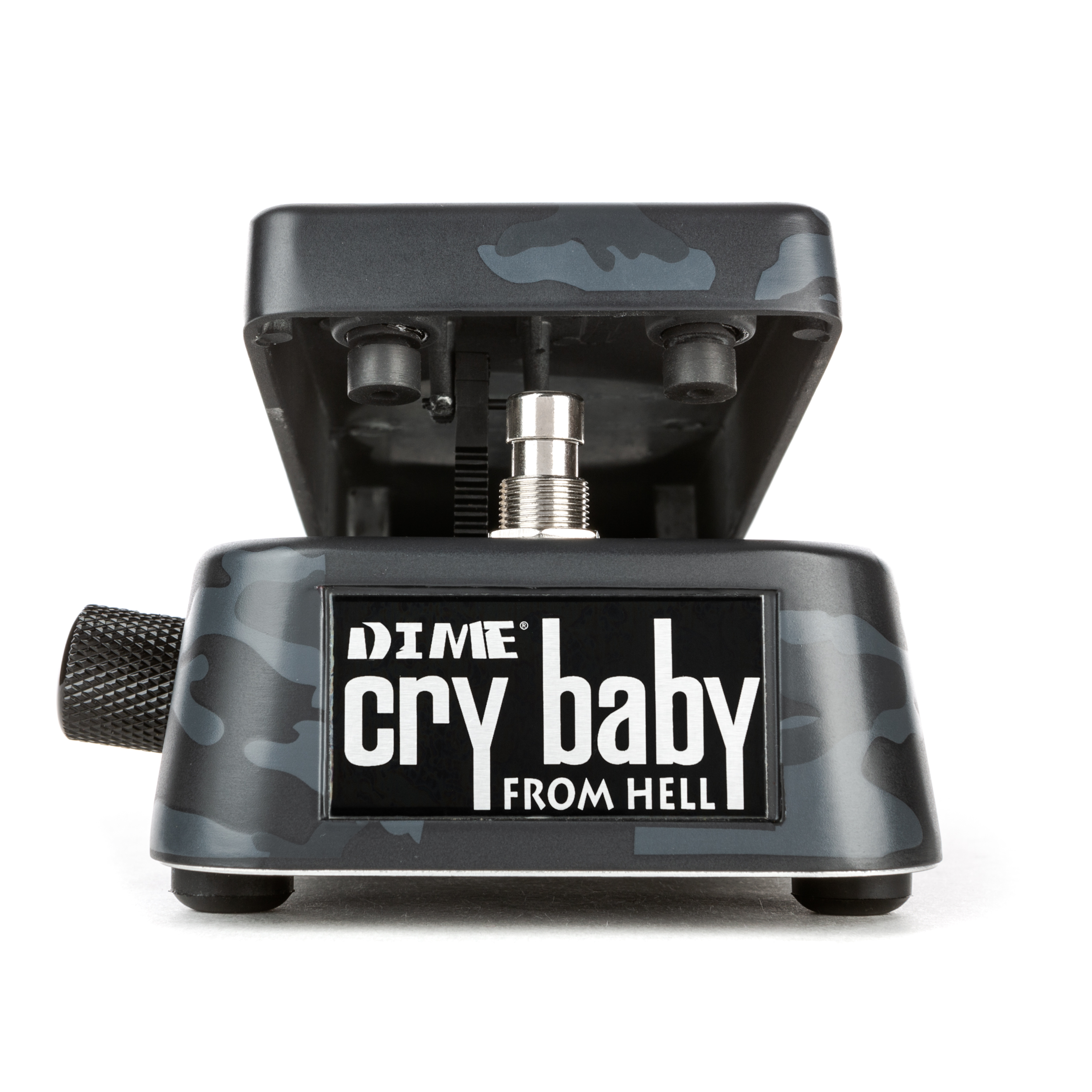 Dimebag Darrell combined a cowboy’s swagger with high-gain riffs and squealing pinch harmonic-laden leads. One of the most significant elements of his sound and dynamics was the Cry Baby Wah, and at a time when wah pedals had fallen out of fashion, Dime flew his wah flag high. Armed with his hard-earned expertise and insight from years of touring, he helped us devise the most versatile wah in our lineup: The Dime Cry Baby from Hell Wah.

Work on this pedal first began some 20 years ago when Dime, a long-time user of the super customizable Cry Baby 535Q Multi-Wah, wanted even more freedom when setting up his rig on stage. Starting with the 535Q, we carried over its Q control, 6-way range selector, and adjustable kick-in boost. Next, we hot-rodded it with a wide sweep range for Dime to dig deep and fly high, a control to adjust the pedal’s toe-down frequency, an extra output for splitting your signal to a separate FX chain, and back-mounted LED indicators to conveniently show whether the wah is on and whether the boost is engaged. Finally, we replaced the standard rubber tread with skateboard skid tape so that your foot doesn’t slip on any spilled beverages.

The Dime Cry Baby from Hell Wah is the ultimate wah pedal for your touring rig, and with its new black camo finish, it’ll have you wearing a black-toothed grin in no time.