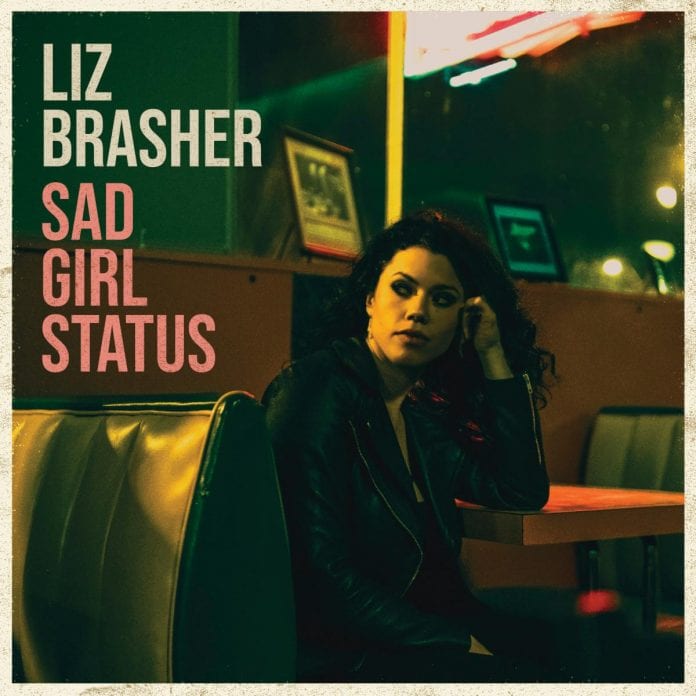 June 29, 2020 – Memphis, TN – Sometimes a piano and a confident voice are all a song needs to get its message across. Liz Brasher‘s new release, “Sad Girl Status,” is just that; Brasher’s acclaimed half-Dominican, half-Italian, and soulfully southern voice upheld by her own piano accompaniment. Out now, “Sad Girl Status” is Brasher’s emotional follow up to her 2019 debut record, Painted Image. “Sad Girl Status was really born out of what I felt was a low point in my career, and subsequently my life, towards the end of last year,” says Brasher, open and honest. “After releasing [Painted Image], I watched everything fall into a stalemate. I was sitting at home a lot instead of being out on the road and because of this I progressively spiraled emotionally downward.” The feeling of striking out nine months into an album release that was supposed to be the beginning of her already much-talked-about career lit a fire under Brasher that couldn’t be ignored. “I didn’t feel supported on the record and had two options at that point: either I could continue to be down, or I could make big changes and alter the course of my life moving forward.” Fans can now hear Brasher’s frustration, haunting and incendiary, in the refrain of “Sad Girl Status.” The song can be streamed or purchased here and the “Sad Girl Status” music video, directed by Shane Trulin and Jarrod Anthonee, can be viewed here.

“Sad Girl Status” was self-produced by Brasher at Memphis’s Young Avenue Sound recording studio with the help of tracking, mixing, and mastering engineer, Matt Qualls. After the splitting with her label and penning “Sad Girl Status,” Brasher has been open and candid with the likes of Grammy.com and Bitter Southerner, telling the story of how she found herself where she did, and how she immediately went about remedying the situation. “To be sitting still isn’t in my nature so it was pretty hard for me to be doing that. In that low state, I sat at the piano, and this super melancholy but really beautiful song just came out in a few minutes,” Brasher recalls, and the song stood on its own, strong and poignant. “I usually end up adding more instruments or layering sounds even within my initial early writing process, but this song sounded complete as it was.” Brasher’s path forward isn’t as bleak as she once thought, but the penning of “Sad Girl Status” had to happen in order for it to be more clear. “It was like the musical equivalent to a therapeutic cry that needed to be let out.”