The Award-Winning Singer-Songwriter, Author & Advocate’s “River Rock Project” Video & Documentary Will Celebrate The 100th Anniversary Of The 19th Amendment
While Addressing The Imminent Need For Unity And Equality

As part of a worldwide initiative to celebrate this year’s Women’s Suffrage Centennial, Billboard Critic’s Choice Artist Meghan Cary has announced a virtual “casting call” for the music video for her women’s empowerment anthem “River Rock.” The music video is the cornerstone of the River Rock Project, which also includes Cary’s all-female produced documentary detailing the suffragettes’ fight for freedom. Both the video and documentary will be made available to organizations and groups celebrating women’s equality, justice for all, and working to get out the vote.

According to Cary, she is inviting women+ and the men who stand for them, from across the globe to “join their voices” with hers by submitting videos of themselves singing along on the chorus of the anthemic song. She is also asking participants to share their unique message on equality, justice, and the importance of voting.

“The River Rock Project is a celebration of women and all that we’ve achieved in the 100 years since we fought for – and won – the right to vote. And all we still have to achieve,” said Cary. “It is about galvanizing women to get out the vote; to raise our voices and be heard. I sing this song for all the women who have been brave and bold enough to speak their truth, even when society doesn’t want to hear it. This is River Rock.”

At the center of “The River Rock Project” is the Justice Bell (also known as the “Women’s Liberty Bell”) and its role in calling attention to women’s suffrage. The Justice Bell, which is housed at The Washington Memorial Chapel in Valley Forge Park, PA, is a replica of the Liberty Bell that was commissioned by Pennsylvania suffragette Katharine Wentworth Ruschenberger. In 1920, the bell was transported on the back of a modified pickup truck across the U.S. to raise attention for the fight. Its clapper was chained to its side to “remain silent” as a symbol of how women were being silenced by the inability to vote until the passing of the 19th Amendment later that year when it was proudly— and loudly—rung for the first time.

The music video was originally scheduled to be shot on location at the Justice Bell, but due to Covid-19, Cary and her team reconfigured the plan to turn the chorus into an opportunity to make the project open to participants worldwide.

“Obviously, my dream of gathering a choir of 100 plus people to make this video isn’t happening right now,” said Cary. “COVID19 has changed how we’ll raise our voices together, but it won’t stop us from raising them. In fact, what was going to be 100 plus voices from mostly here in the Philly area, has exploded into potentially 1000s of voices from across the globe. Take THAT coronavirus!”

The “River Rock Casting Call” is open and submissions will be accepted until May 31. For details on how to submit a video, as well as helpful tips and tricks for filming, visit https://meghancary.com/casting-call

For more information about Meghan Cary, visit www.Meghancary.com or on social at @meghancarymusic. 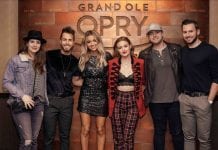