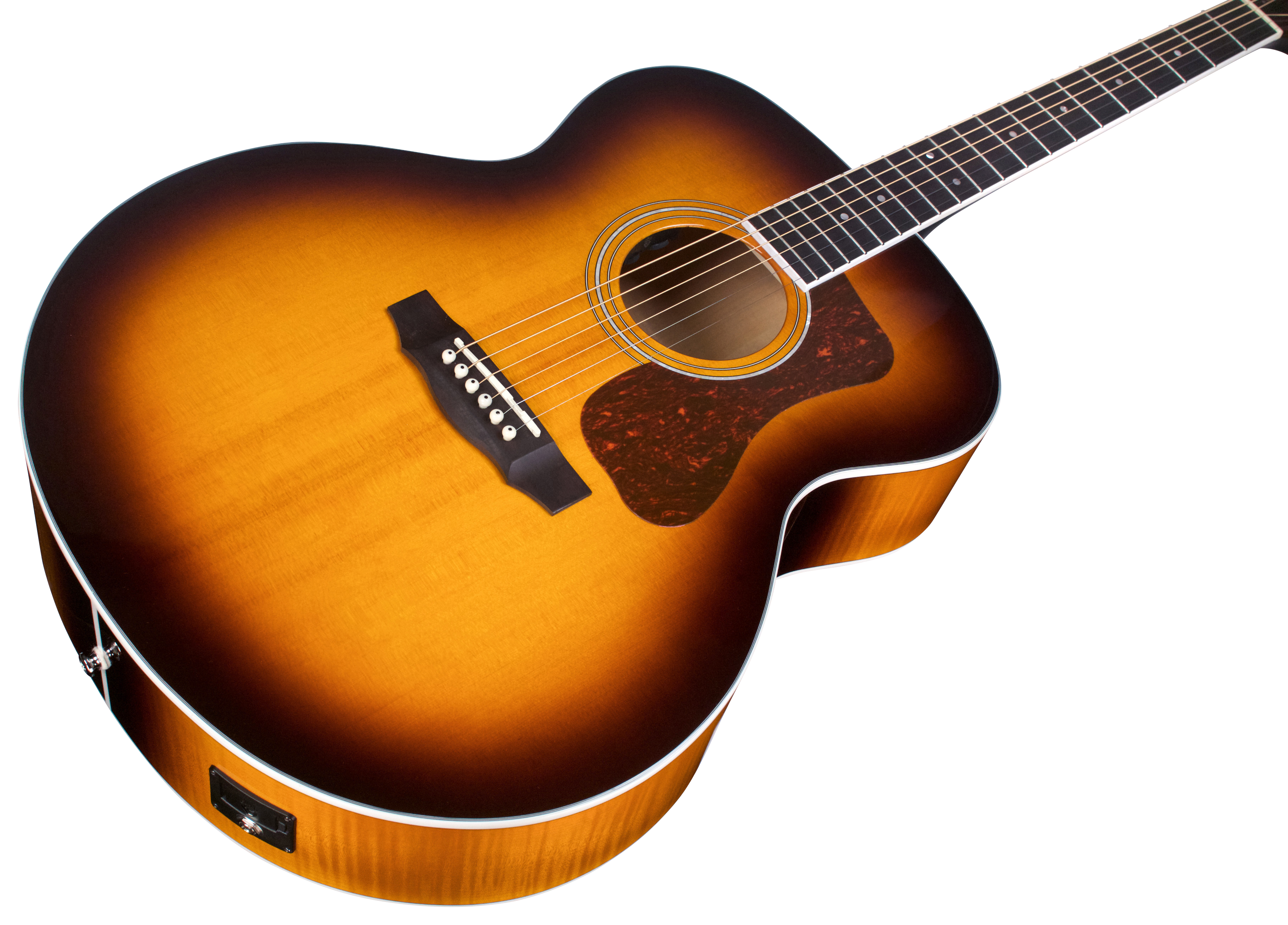 This winter, Guild is adding four new arched back models to their popular 200 Series lineup. Guild’s first arched back model appeared in the mid-1950s, a feature that’s become synonymous with the brand ever since; it’s fitting, then, that 2016’s initial launch of a line of updated and affordable arched back guitars has been hugely successful and highly popular.

This winter, the 200 Series will expand to include four new models featuring exotic woods: the dreadnought D-260E & D-260CE with striped ebony back and sides, and the jumbo F-250E and F-250CE with flamed maple back and sides. The arched back design allows for great volume and projection, long sustain, and a lush, full sound. These models all feature solid spruce tops, gloss finishes, pau fingerboards and bridges, Guild AP-1 electronics and optional cutaways. Guild continues to play to its strengths while upholding the same commitment to quality and sound the brand has always been known for.