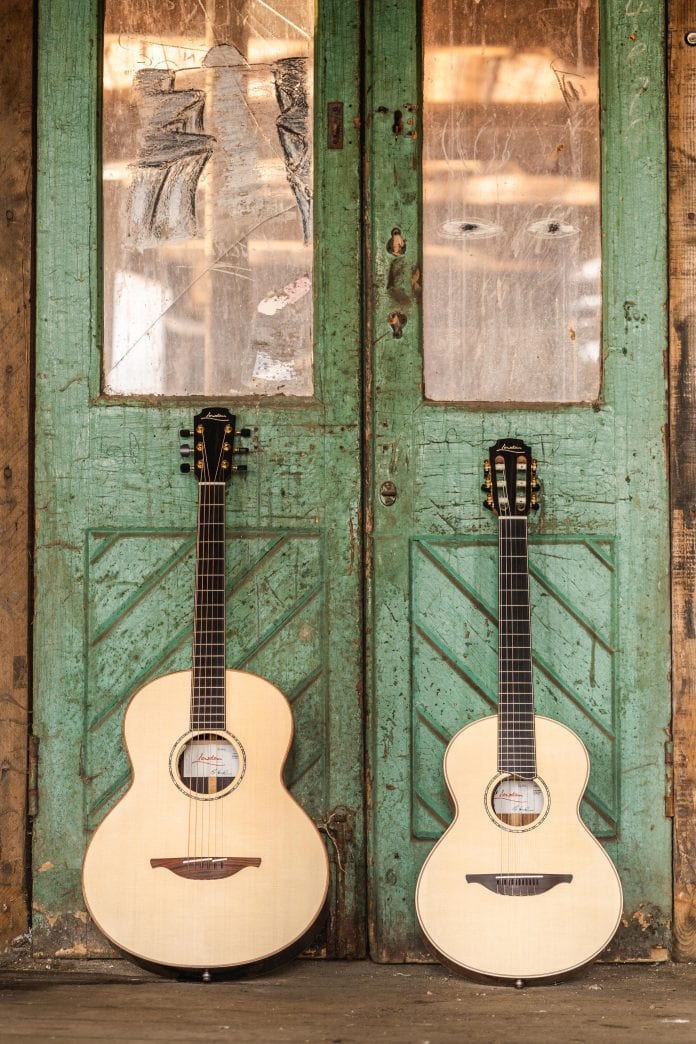 Lowden Guitars will unveil several new models next week at the National Association of Music Merchants (NAMM) Show in Los Angeles, beginning Thursday 24thJanuary.  45 years since luthier George Lowden began to design and build guitars from his small workshop in Northern Ireland, this year’s NAMM show will see him bring the most extensive Lowden collection yet.

Each year at the winter NAMM Show Lowden Guitars has continued to raise the bar with new additions to their range of guitars, and this year is no exception with an expansion of the GL-10 electric range in two new woods – Ziricote and Macassar Ebony – as well as P-90 and chambered, weight relieved configurations, a Wee Lowden Jazz model, and the Lowden F 12 Fret, available in six wood variations.

To complement these exceptional additions, Lowden will also officially launch their anxiously-awaited own brand of guitar strings. Following extensive research and testing this new line of strings from Lowden has been developed to enhance the tone and character of the instrument. These longer-life strings feature a custom gauge and wrap ratio bespoke to Lowden.

“The past year has been an exciting time of R&D as we prepare to introduce these new additions to our brand family,” said George Lowden.

Lowden Guitars will exhibit their newest additions on stands 1913 and 1813, Hall E at this year’s NAMM show, 24th – 27th January 2019. In addition to the new offerings outlined above George Lowden will host a private event on the evening of Wednesday 23rd January 2019. Tune in to Lowden’s social media channels from 8.30pm to 9.45pm (PST) – @LowdenGuitars on Facebook, Twitter and Instagram or lowdenguitars.com – for more information.