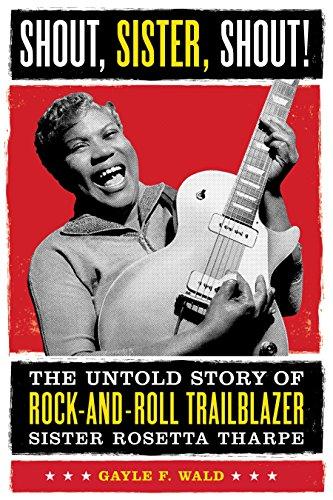 Although published ten years ago, Shout, Sister, Shout! still remains relevant today, especially with Sister Rosetta Tharpe’s induction into the Rock & Roll Hall of Fame. Blues is alive and Tharpe gets credit as one of its “trailblazers.”

Author Gayle Wald interviewed over 150 people who knew or worked with Tharpe in her research for this biography. The book is laid out in 12 chronological chapters with two “Bridges” in between the chapters – how clever. There’s a great index at the end which I found very useful.

Tharpe was such an accomplished guitarist and influenced artists across all genres of music and blazed a trail for future female guitarists through her strong spirit and incredible talent. Wald did a good job taking her research and bringing the story of the beloved Sister Rosetta Tharpe to life. Through this book, she’s opening up a new generation to the life and music of Sister Rosetta Tharpe and giving her the recognition she so deserves.

About the Author:  Gayle F. Wald is a professor of English at George Washington University at the author of Crossing the Line: Racial Passing in Twentieth-Century US. Literature and Culture. Walk also wrote the liner otes for a critically acclaimed 2003 Rosetta Tharpe tribute album. She lives in Washington, D.C. 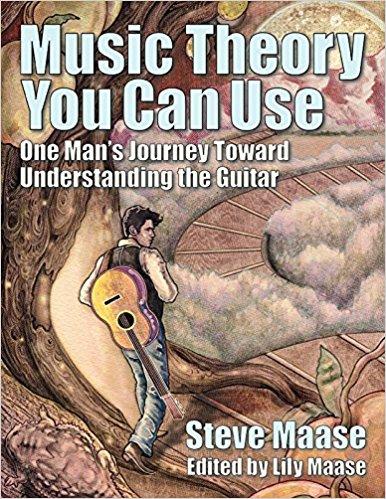 Music Theory You Can Use: A Guitarist’s Handbook

Author Steve Maase passed away before the printing of this book and daughter Lily Maase loving writes the Dedication, which beautifully tells the story of her upbringing and her father’s love and passion for the guitar which has been passed on to her.

As an outlet for female guitarists, I was especially moved by her Dedication as she reflected on the fact that she learned guitar at a time when it wasn’t common for young women to play guitar and the debt of gratitude that she owes to her father for making this possible.

The book is set out in ten chapters and starts at the very basics of what chords are and how to make them and then on to building them, moving on scales, 7th chords, pentatonic scales, and more. There’s also a chapter on The Blues.

Written in very easy-to-read terminology with diagrams and worksheets along the way. One of the things I like about it is it’s almost as if you’re being taken along Maase’s personal journey, as it also has some historical photos included in some of the chapters to explain some of the reasoning behind the theory.

About the Author:  Steve Maase was a legendary session guitarist in Albuquerque, New Mexico, who lived and breathed his instrument. During his long and illustrious performance career, he taught thousands of young people music in a way that reached them not only as musicians but as people. He passed this passion on to his daughter, Lily Maase, who is also a well-known guitarist based in New York. Steve died on September 30, 2016–just after completing Music Theory You Can Use.