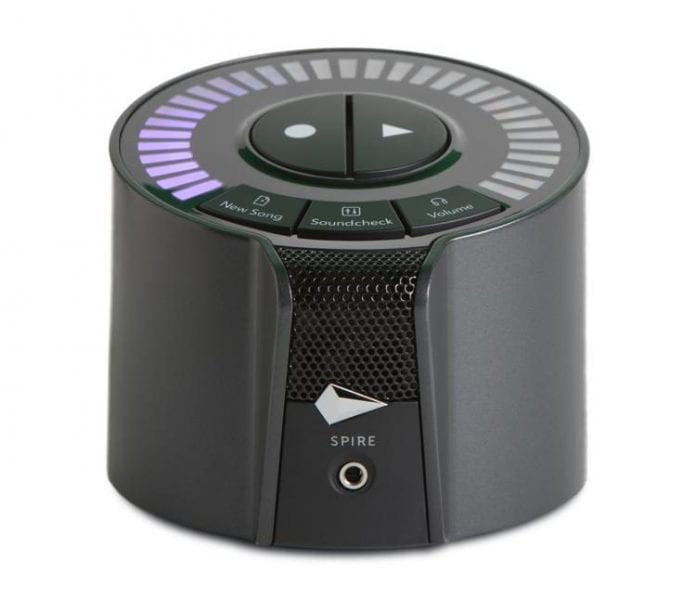 As a musician and songwriter, I know that inspiration can strike at any moment. I was anxious to fire up this sweet piece of modern machinery after reading all of its features on the packaging. Recording on the go can involve a lot of equipment, especially if you are trying to have a good quality end product. Although nothing can really replace the quality of a top-notch studio recording, the industry for “demo” quality recordings has seen a lot of innovation in recent years.

For this review, I set the Spire up to record my acoustic guitar and voice. This is my bare bones set-up to capture a song idea, and thanks to the Spire, you can add some really cool effects and use the available 8 tracks to create music beyond a simple “demo.”

First, I downloaded the Spire app from the App store (I used my OS device, it is also available for Android). Once installed, I was able to sync it up via Wi-Fi on my mobile device, and I was ready to start jamming. The Spire has 2 XLR/TS combo jacks so that you are able to plug any type of instrument or microphone into it. It also features a 48v phantom button for those that want to use a powered microphone. After checking out all my options, I wanted to use the built-in mic to see what kind of quality I could get. Before I recorded, I used the soundcheck feature so that the software could adjust my levels (levels can also be adjusted manually).

There are a lot of really nice features I found, including some built-in effects you can choose from. There are choices for Amps, Spaces (reverb) and Pedals available. Not as many as with a DAW (digital audio workstation), but it’s enough to get some more inspiring tones. One drawback I found with the effects was that you must make your effect choices before you start recording as they cannot be added after and they cannot be removed once recorded. So, keep that in mind before you start recording. After finishing my recordings, it was on to the mixing feature. I thought this feature was spectacular. Each of my tracks was numbered, and I could move them left and right to change my panning, and up and down to raise their levels in the recording. It was very simple and effective, and I had a really great sounding project in no time. Another feature I thought was useful is the fact that you can share these projects with your band mates that can add onto them. You can also share your projects with social media directly, and you can import several different types of files to add to your project.

The Spire has a headphone jack that can be used to listen back to your tracks with effects and you can use the built-in metronome feature if desired. I was able to listen to some projects that people recorded with Spire directly on their website, and it was very impressive. With a power adapter and a 4-hour battery life, you can take this device anywhere. Priced at around $350, it is considered to be a higher price point than some of the other products in its field, but it is a whole lot cheaper than a day of studio time. I look forward to using this device with some other instrumentations. I know that this device will inspire songwriters and musicians everywhere, and this device will be used to create some fantastic music whenever inspiration strikes. 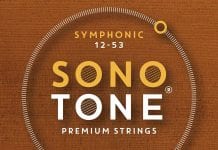 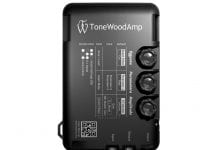 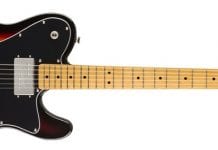