The MonaLisa Twins released their new album ORANGE, a 12 track mosaic of original sounds and lyrics over a backdrop reminiscent of the great sounds of the ’60s, perhaps the most influential decade of rock ‘n’ roll music in history.  In a recent interview given to Guitar Girl Magazine, they revealed that the name of the album was influenced by Director Stanley Kubrick’s “Clockwork Orange” and its fundamental theme of the importance of evil as well as good in human nature, but of course, they believe the world could do with a lot more “orange” (good) and a whole lot less “clockwork” (evil).

The album starts out with a collage of news audio clips which focus on historical statements related to “The Future” and seams to blend the hope of tomorrow with the uncertainty of what the future may hold.  The second track seems to deal with the reality of worry and stress in our society and a dream that someone could take all that off the shoulders of people in a catchy little tune called “No More Worries Company” sung to the tune of a 1960s jingle- “ready to show you an easy way, to make smiles company policy, Just relax is what we say!”

Track 3, “Once Upon a Time,” is a reflection on what the ’60s (complete with song name dropping from icons such as John Lennon, Pink Floyd, Donovan, and the Fifth Dimension) brought to us in music and in hope and how that hope was perhaps not fulfilled, “…the new age of Aquarius had begun, love was in the air…music everywhere…brotherhood and fellow man…so when the future has no future and the past has passed away…” but as long as rock ‘n’ roll is here to stay, we can still have hope.  The music reflects the heavy influence the Beatles have had on the Twins, and I think there is a little Roger McGuinn influence in there as well. There is some great blues harp in this one, too.

Now that we are in full ’60s mode with lyrics, guitar licks, and strumming patterns, track 4, “Close to You,” gives it to us again in another reflection on the past and the difficulty of letting go knowing we must move on. This is a song to or about a person very close to the writer while growing up who is now moving on, “I could cry but there’s one thing I have to keep telling myself to get by…nothing ever lasts forever, my oh my…” sung to a strum pattern that reminds me of The Beatles’ “This Boy” with lots of great guitar work. 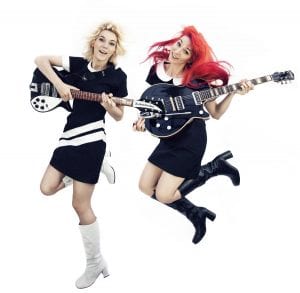 Not all of the songs on this album are Beatlesque, there is a variety of music influences all shaped into one forming the original sound that the MonaLisa Twins create.  There is something for everyone on this album from folk to blues and everything in between.  Stand outs on this already great piece of work to me would include “Waiting for the Waiter,” a Sheryl Crow like bluesy number with blues harp performed by the legendary John Sebastian of the Lovin’ Spoonful, and “That’s Life,” a look at the ups and downs one goes through in every day life and how you have to sort of roll with the punches, “One day I’m everybody’s darling, the other day I’m just a fool, and I just might not get the answers from playing by the rules, not cool…That’s life, you better not bet that its always coming up roses.”

The next to last track is a tribute to all of those great rockers who have passed on titled “Club 27” and what a show that would be! This one has a rockin’ beat and invites listeners onto the ‘stairway to heaven’ to Club 27, “the golden gates open wide and there’s music on the other side, but if you want to stick around there is price to pay, make sure you get your passage home…tonight we’re raising hell in heaven – Club 27!”

This is a delightful musical treat with original music from the young and energetic MonaLisa Twins who have been playing music together since they were 11 and released their debut album at the age of 16.  They were both heavily influenced by their Father’s taste in music, a musician himself who actually plays on the album.  They love to rock and fell in love with The Beatles when they first discovered their music in a gift their Dad received, the remasters of all of their albums.  They learned every one of those songs and fell in love with the sound of the ’60s and that is reflected beautifully in ORANGE.  Get this album…you will enjoy!

Visit the MonaLisa Twins at www.monalisa-twins.com to learn more about these very talented young ladies and support them by buying their music!  If you’re a fan of ’60s, you won’t be disappointed. 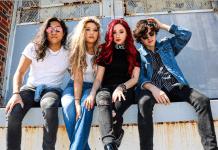 RōZY Lights It Up on “Come As You Are” 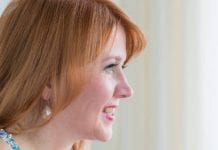 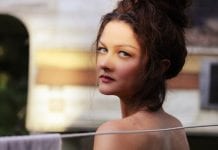