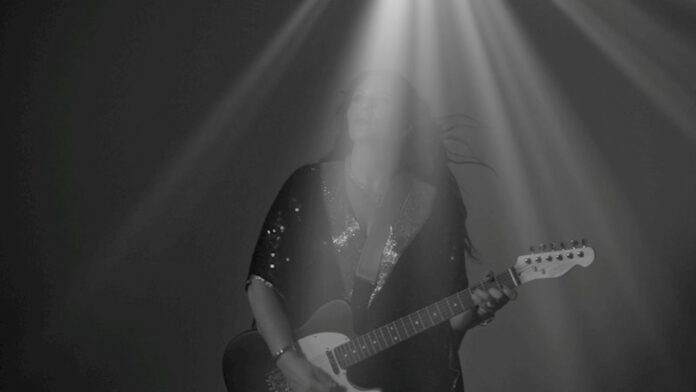 Talking about the song, Bel-la shares, “The inspiration for this song was really the sentiment of loss in general, loved ones passing, relationships ending, etc. and how even though these things are no longer in a physical form they still exist so strongly all around us and in our memories and the fabric of our vast lives.”

Bel-la began playing guitar at a young age, starting with lessons in modern guitar, followed by studying classical guitar. Her love for indie rock led to her forming and playing with various bands. Yet through it all, writing, experimenting, and creating original music was her primary focus.

Bel-la explains, “It is an ongoing quest to create music which is both unique and beautiful.”

Her music has been featured on television shows but was never made available commercially. Then she met Damon Dash, which led to her contemplating releasing music commercially and a full-length album.

“We met during the pandemic, and I started going to Dame’s studio to jam and play guitar. Every Thursday we would rehearse, and people would try out their songs and we would also just jam. I love the artists on his roster, and it was super fun to hang out and play live music, especially since there was very little else to do.”

Originally from New Zealand and the daughter of a mixed-race family (Swedish Father and Indian/English Mother), Bel-la resonates with racial issues and feels right at home with the Bluroc records community.

“Nothing’s Gonna Get You Back” opens on a plump bassline, crunching drums, and shimmering guitars as Bel-la’s complex voice imbues the lyrics with wistful timbres. Because of the vibrating bass and tight percussion, the tune exudes a raw quality, which is offset by nebulous guitar tones.

At once delicate and ghostly, as well as visceral, there’s a magnetic attraction to “Nothing’s Gonna Get You Back,” which showcases the evocative voice of Bel-la.