Guitar Girl Magazine has assembled a great team of knowledgeable journalists from across the United States with years of experience in the music industry. We will be interviewing and writing about some of the best female guitarists around the globe, and finding some cool guitar gear to review. We also provide fun rock lifestyle finds, insider tips and advice, and special features and events. You do not want to miss this!

We hope you enjoy our content and become an avid fan. 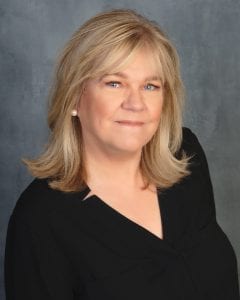 What started out in 2009 as a retail site and blog dedicated solely to female guitar and bass players and because of the demand for more information, we grew into the online publication Guitar Girl Magazine. On April 4, 2012, the new site was launched to fulfill the need to encourage, empower, and promote female guitarists and bassists. My goal is to create a community for female musicians where we can band together and help support and promote women in music. 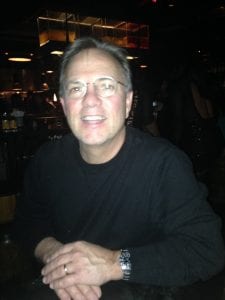 Ted Low has been a music enthusiast and guitar player since his early teens. Inspired by The Beatles, Eric Clapton, Eddie Van Halen, and many others. He has acquired a pretty nice collection of guitars to include Gibson, Fender, Gretsch, Rickenbacker, Hagstrom, and recently added a few Luna acoustics for fun! 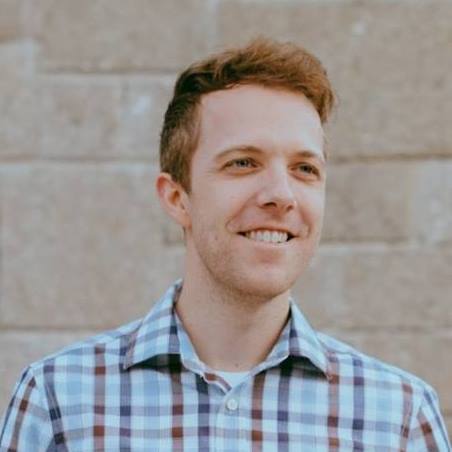 As part of the family, Todd lends his many talents to the family business when he has time available from his full-time schedule as a senior developer, dad, and musician! Todd has been involved in music since elementary school attending college on a music scholarship. He was a member of his high school and college drumline leading his drum section to win the WGI competition his senior year.  Not only a drummer, he also plays guitar and bass, as well as has his own home-based recording studio. Todd assists in graphic design, IT issues, and occasional product reviews. 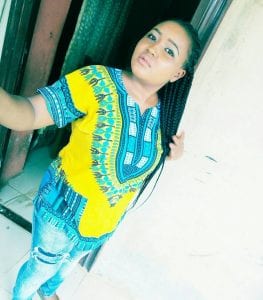 Hello, my name is Sharon Onyeka, and I am from Delta State in Nigeria. I’m a Virtual Assistant with Social Media Marketing and Management skills with a Bachelor’s Degree in Medical Biochemistry and Genetics. When I am not busy, I love listening to good music, watching movies, and reading inspirational books. 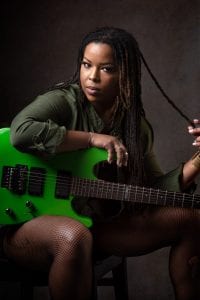 Gabriella “Guitar Gabby” Logan is an Atlanta Native and proud graduate of Spelman College and Vermont Law School. Her background in environmental and music law fueled her desire to start and manage the international all-women touring collective, TxLips Band, LLC. Logan believes it is important for artists to be well-rounded and versed in many areas of the music business, thus inspiring women worldwide to be an unstoppable force. She is the Board Chair for Girls Rock Asheville and the Diversity Editor for Guitar Girl Magazine. 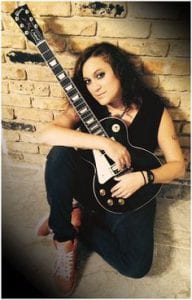 Vanessa Izabella is a professional guitarist that started playing music at a young age. Progressing through high school, Vanessa was playing and performing on multiple instruments, including guitar, piano, and trumpet. She was awarded a scholarship to attend Berklee College of Music in Boston, MA. During her time there, she studied the guitar playing of such influences as Pat Martino, Slash, Pat Metheny, John Scofield, Eric Johnson, and many others.

After graduating with a degree in Music Business, she went on to work with such artists as Pat Metheny and Christian McBride. Vanessa has traveled the world playing guitar, visiting countries such as France, Germany, Egypt, Italy, Japan, South America, and the Caribbean. She has performed on the bill with such renowned artists as Darius Rucker, LA Sno, KISS, Skid Row Paramore, and Joan Jett. She is currently recording and performing as the frontwoman for rock trio, BAST. 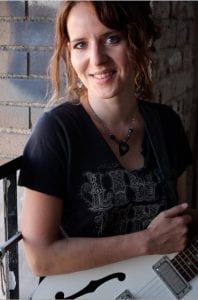 Nikki O’Neill is an Americana and Soul artist on Blackbird Record label. Based in Chicago, she also performs, writes for Guitar Player, and a teaching artist at the Old Town School of Folk Music. Nikki’s recordings are played on blues radio and reviewed by blues magazines in the U.S. and Europe. Check out her music on nikkioneill.com

Alex Windsor is a passionate musician and educator with over 15 years of experience. While she holds a Bachelor of Arts in Music with an emphasis in Jazz Studies (Bass), she has also extensively studied rock, blues, and classical guitar. She currently serves as the Educational Affairs Specialist for Guitar Center Lessons. Alex can be found regularly performing around the greater Los Angeles area. Facebook: @alexnicolewindsor 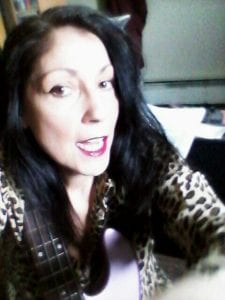 Caroline Paone is a freelance writer for several content channels such as SFGate and ClassicRockRevisted. Her work has also appeared in Bass Player, Bass Frontiers, Guitar World, and Flair magazines. Follow her on Twitter @CarolineRex

Alexx Calise is an accomplished singer, guitarist, and songwriter. Perhaps best known for her hit song, “Cry,” which became a staple on the show Dance Moms and boasts millions of hits on YouTube, Calise’s raw emotion, heart-and soul-lyrics, and unmistakable vibrato have impacted thousands of music fans all over the world. Calise is currently working on new solo material and songs for licensing, and she is also lead vocalist and guitarist of the band Batfarm. Besides her musical pursuits, she works in public relations and marketing. She also does the occasional modeling or acting gig. When not playing shows or writing music, she enjoys horror movies, exercising, or taking a well-deserved nap. alexxcalise.net 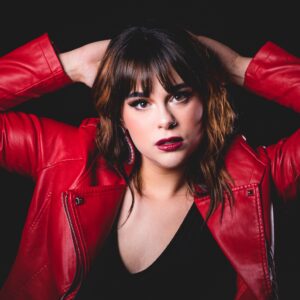 Gabbi Calvert is a writer, publicist, and artist from Findlay, OH, who now resides in Nashville, TN. Calvert is incredibly passionate about all things pop culture, but her forever love is music. Following her passion for entertainment and music, she graduated from Belmont University in April of 2021 with a B.S. in Creative and Entertainment Industries with a minor in music business. Her academic endeavors led her to find a home working in music public relations, and she is now a senior publicist at Publicity Nation PR. Not only does Calvert work and thrive in the music industry, she is also a musical artist herself. She began singing and playing gigs at the age of 12 in her hometown and has an extensive background in performance. Under her stage name Gabrielle Vaughn, she has released two singles. Calvert is also a member of the all-female cross-genre supergroup The Highway Women. In her free time, she loves spending time with friends and family, attending drag shows, and bonding with her two guinea pigs Queenie and Peach, and her cat Mitzi.

Sweet Corey-Bey is a multi-disciplinary artist, full-service music director, cultural organizer, and creative professional. Sweet is transgender and uses They/Them/Theirs pronouns. Sweet is perhaps best known for their work organizing and supporting important musical experiences, band-leading, and the Jazz Future-Soul collective Black Folks Don’t Swim? They are an acclaimed bassist who has performed and collaborated with many performers. Sweet’s work calls audiences to joy, reflection, and liberation-mindedness. Across mediums, they explore the nexus of meaning-making, employing Jazz and Neo-Soul aesthetics to uplift Black Queer identity formation, existence, and thriving.

Kate Koenig is a songwriter, music journalist, and music teacher based in Brooklyn, New York. From 2016 to 2018, she was the editor of Music Alive!, a music education magazine for middle schoolers, and associate editor for its sister publication, In Tune Monthly. Since her time at In Tune, she has been a regular contributor to Guitar Girl, Acoustic Guitar, and Premier Guitar magazines, as well as the annual Martin Journal. As a songwriter, she’s released two albums—Haircuts for Barbers (2018) and Etemenanki (2021), both of which are available on all streaming platforms.

Tiffany Lloyd: As one of the industry’s top bass performers, Tiffany Lloyd is known across the globe for her instrumental mastery. Having founded TiffsBass in 2011, the artist, entrepreneur, creator, director, performer, and songwriter has pivoted her passions into a profitable and purposeful business. Tiffany’s fans experience the promotion of love and positivity through her performances, developing a heightened sense of awareness for the messages her music communicates. Today, the bass-playing boss has grown her business from a passion project to a successful entertainment business. ~By Kerryn Amyes 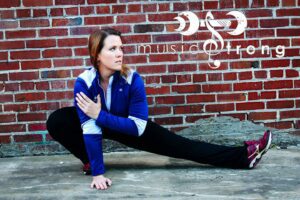 Angela McCuiston, NASM-CPT, CES, SFS, M.M., is the owner of Music Strong, a business that specializes in fitness for musicians. Winner of the 2007 National Flute Association Piccolo Masterclass, she is Assistant Principal/Piccolo of Sinfonia Gulf Coast, a member of the 313th Army Band, and chair of the NFA Performance Health Committee. See her website at MusicStrong.com. 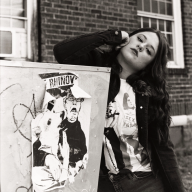 Victoria Shaffer has an obsession with music history and a passion for classic rock ‘n’ roll. As a student, Victoria graduated with a degree in English and is currently pursuing a master’s to continue her growth as a writer. She strives to successfully combine her two obsessions by writing about the musicians and musical events that motivate and inspire her. 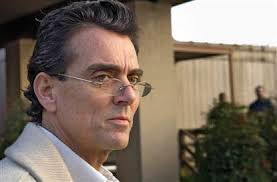 Randy Radic is a former supermodel who succumbed to the ravages of time and age. Totally bereft of talent, he took up writing “because anyone can do it.” He smokes cigars (a disgusting habit) and has pet snakes (which is just gross). And some people say he’s aloof. 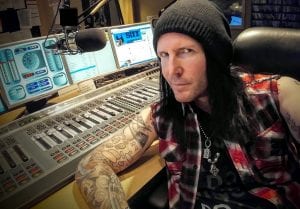 Shawn SixX is a self-proclaimed old-school music fan first and foremost! It seems that ideal though has been lost in translation more often than not in today’s world of music journalism. Thankfully Shawn is making it his mission to report about the “feeling” of music more than your typical wiki-page bullet point run down. Imagine a long-haired and tattooed Edgar Allen Poe meets Hunter S. Thompson and you should get it!

Shawn got his start in the music industry as a radio producer and production assistant for the legendary WBCN 104.1 and 98.5 The Sports Hub in Boston and currently is a producer for CBS Radio Boston’s WZLX 100.7, WBMX 104.1, and AMP 103.3. He is also the creator and host of the nationally known “SixX Strings” music podcast/column featured on CBS Radio’s WZLX and WZLX.COM. Shawn’s work has been featured in UltimateClassicRock.com, TEAMROCK.COM, and BLABBERMOUTH.COM. He has also been a contributing editorial columnist with AMP Magazine, Hails and Horns Magazine, New Noise Magazine, and held the nightlife and entertainment blogger duties for CBSBOSTON.COM. Even though he covers festivals and music events all over the country, Shawn currently resides and is based out of Massachusetts. 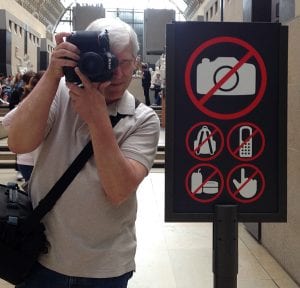 Kirk Stauffer is a Seattle-based photographer who has two passions — live music and photography. Over ten years ago, he began to combine them and has covered nearly 2000 performances to date. His photos have been published commercially, featured in Rolling Stone magazine, and one found itself on the front cover of Pollstar magazine. Kirk has been a contributing photographer for Paste Magazine, LiveDaily, No Depression, and Back Beat Seattle, and is a regular SXSW attendee. Instagram: @kirkstauffer

I’m best known as GNR’s first photographer and for my early work from the Sunset Strip back in the early ’80s. I can actually say, I used film! Instagram: @jacklue 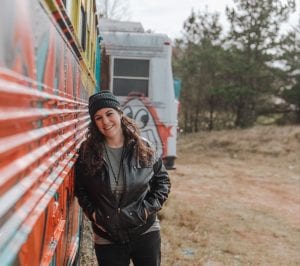 Emily Levin is an Atlanta-based photographer who is passionate about live music and photography with a specialized skill of concert photography, band promo, smoke bombs, and portraits. Facebook: @ elevinphoto