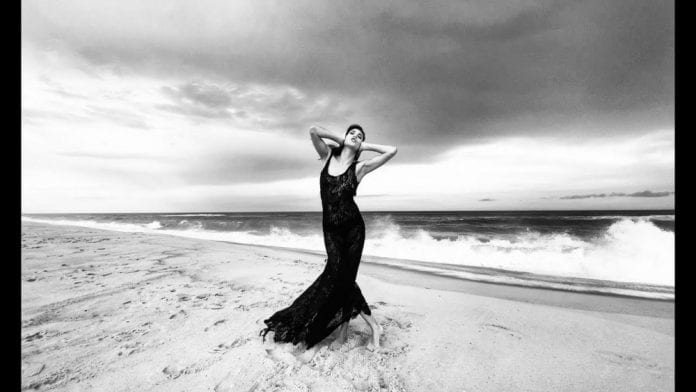 Born and raised in Chile, and now based in Brooklyn, indie artist Caterina J recently released a new single, “Blazing Stars,” and the single/music video for “Sin Igual.” Both tracks are lifted from her forthcoming bilingual EP, Reborn, slated to drop on January 11.

Initially a model and actress, she landed the lead role in the film Kiltro, the first Latin American martial arts movie, followed by studying drama at the New York Conservatory for Dramatic Arts while performing her music at local venues in NYC. Eventually, she appeared at The Bitter End, Subrosa, Nublu, and Rockwood Music Hall.

In 2014, she and her husband, Seba Achaval (bass), formed a band. Two years later, she released her debut album which received vast praise in Chile.

Her forthcoming EP, Reborn, was recorded at Plaid Dog Recording Studio in Boston and produced by Mike Davidson. Blending elements of classic rock, ‘90s alternative savors, and Latin Jazz, Reborn is at once intimate, bewitching, and sensual.

“Dreaming against the light / You give me / A sigh … without hesitation / Crystal soul / You sing with the full moon / Larai larai / Beautiful without equal.”

The video, directed by Cecilia de Bucourt and shot in black and white, depicts Caterina J on the beach, clad in a diaphanous dress, narrating a voluptuous relationship on sumptuous timbres.