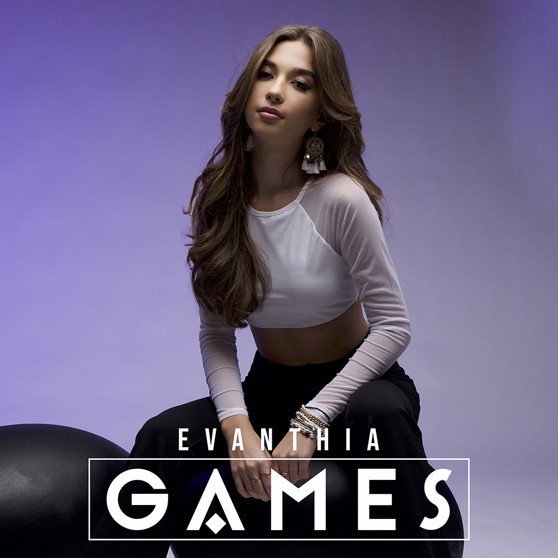 Pop singer-songwriter and TikTok influencer Evanthia Theodorou recently released the single/music video for “Games,” a song about realizing you’re involved in a relationship where you’re nothing more than a diversion and deciding to get out lickety-split.

Only sixteen, Evanthia is a massive presence on TikTok, as well as appearing in commercials for McDonald’s and Embassy Suites Hotels. Her goal is to have a positive impact on others, reminding them that “being yourself is enough.”

In 2019, she released her debut single, “Somewhere,” amassing more than 200,000 streams. Now she’s back with “Games,” reflecting her evolution as both a singer and songwriter. Evanthia’s arresting sound merges edgy pop flavors with touches of hip-hop, R&B hues, and honest lyricism.

Evanthia explains, “Writing music can be very vulnerable, I can’t wait to share that creative side of me. I want them to be able to not only connect to my lyrics but also learn who I am as an artist.”

“I have been journaling a lot. That’s how I write music. And I was having a songwriting session with key writers and I was going through my journal and I remember this time that happened with me and a guy, and I decided to make a song about it, which is ‘Games.’ And it’s about how this guy really likes to play games and he’s a player. I was warned about it by my friends and I just decided not to listen to it because I was like ‘I’ll figure it out for myself.’ And then it turned into this whole thing where I realized that I was in this part of this game that he was playing. I didn’t want to be a part of it anymore, so that’s how this song came about, and it’s the title of the song, too.”

Highlighted by Evanthia’s luscious posh tones, “Games” is a dazzling exemplar of what modern pop should be – superb.