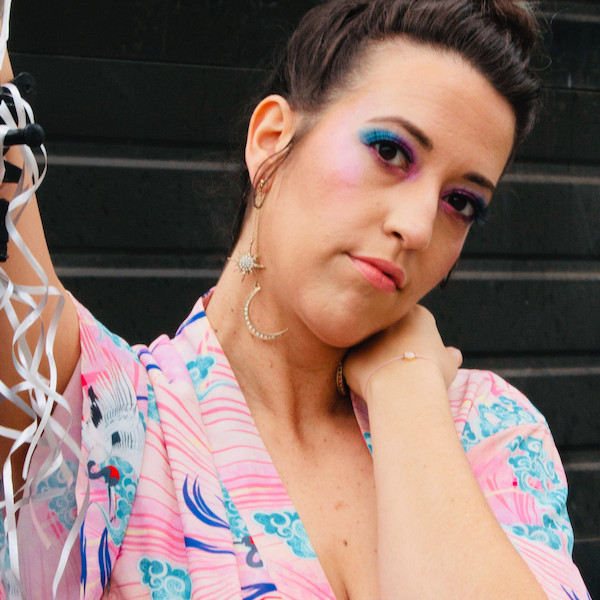 Speaking to the song, Niki shares, “Lyrically, ‘Equinox’ centers around the changing of the seasons and the passing of time. Highlighting nature’s beauty, celebrating the elements, creativity, and love. The spring equinox is the first day of the year where the hours of day and night are equal in length, so it really represents balance, renewal and coming into full bloom like the flowers that appear after the rain.”

A duet with TMGMusic, “Equinox” mirrors the influences of colors, feelings, and themes of life. Her album, Write On Time, delved into the duality of Yin and Yang, a duality present in the juxtaposed spheres of the tangible and the transcendent.

Niki’s lush, velvety voice, likened by Babyface to Sade, imbues her songs with affluent textures and tantalizing wisps of color.

Guitar Girl Magazine spoke with Niki Tonik to discover how she got started in music, what inspired “Equinox,” her definition of tone, and what kind of guitar she plays.

I’m not sure that there was a specific date when that I can recall but definitely growing up in Israel between the ages five and twelve and listening to lots of different kinds of music from around the world, I would say absolutely had an impact. I think I wrote my first song idea when I was about twelve and it really progressed around nineteen when I learned to play guitar. At that point, I began taking the craft more seriously and mixing chords with lyrics and melodies that I was hearing in my head and eventually real songs started manifesting. I knew that I had ‘something’ musically and that I could sing, and music was something that made me happy and always felt very natural to me.

What inspired your new single “Equinox?”

“Equinox” is a song that TMGMusic, my partner, began working on as we were finishing up my album Write On Time, and to me, it feels inspired by nature, love, time, and timelessness. It represents the infinite ripples of life and existence (low key, lol) and after coming out of what felt like the heaviest year ever, we felt inspired to release a piece of music that was/is lighthearted, uplifting, and celebratory of our divinity and interconnectedness with all that is.

He (TMGMusic) heard one of my songs on SoundCloud at the end of 2018 and reached out to me via Instagram. After listening to some of his music as well and hearing how talented he was we met up and began collaborating at his home studio in L.A. Fast forward to 2021, we now live in Mount Shasta and are still making music together.

Although I didn’t personally write or compose “Equinox,” I wrote/composed all of the songs on my album, and my process for each one was a bit different. Some started out with a melody that I heard in my head and then I began building a song around it with guitar. Others it was the other way around, where I was playing guitar or piano first and then melody and lyrics would come. I’ve also had it happen where a song starts with the lyrics first but usually, some form of melody/instrumentation inspires the lyrics in my experience.

My hope for my listeners is that they feel inspired/moved/touched by and/or connected to the music in some way and that they feel and hear my intention behind making it. I also pray that people experience a level of healing from the music, as it deeply healed me as I was writing and singing it.

Whitney Houston, Celine Dion, Mariah Carey, Christina Aguilera, Shakira, Alanis Morissette, Sade, and Beyoncé were some of the vocalists that I listened to early on whose music and voices really inspired me.

Lots! I still listen to all of the artists mentioned in the last question and would add to that list:

Currently, I’m playing a left-handed Fender acoustic, which is the guitar that I wrote most of my songs on. I like the tone of it and at this point, it has a lot of personal nostalgia and sentiment attached to it which is why I continue writing and playing with it and it’s just a solid acoustic guitar overall.

What is your definition of ‘tone,’ and is your ‘tone’ changing or the same?

Great question. I would say that tone is the unique sound quality that an instrument has and that a musician can bring to an instrument by how they play (or sing) it. I think that guitar-wise my tone has been pretty consistent since I’ve started playing and I’ve taken more to melodic finger plucking rather than strumming for the most part. I like being able to hear all of the individual notes, so my tone tends to lean somewhat more towards classical at this point, but I’m always looking to expand upon my guitar playing skills and styles.

It feels necessary and important to express myself and music is the one form of expression that feels the most personal, cathartic, resonant, and rewarding to my spirit. I believe in the healing power of music and that it is the true universal language that connects us all, so knowing that is a big motivation and inspiration for creating it as well. That, and also because music feels like a central part of who I am and my life’s purpose.

Looking ahead, what’s next for you?

We’re really looking forward to filming and releasing the video for “Equinox,” which will be coming out sometime this summer, and also there is more music on the way! 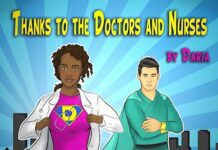 New Single from DARIA “Thanks To the Doctors and Nurses” – A Kids’ Pandemic Tribute to Heath Care Workers Set to Release February 11,... 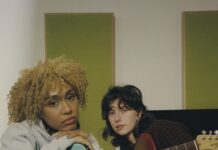 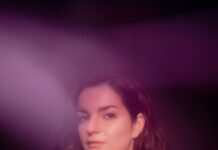