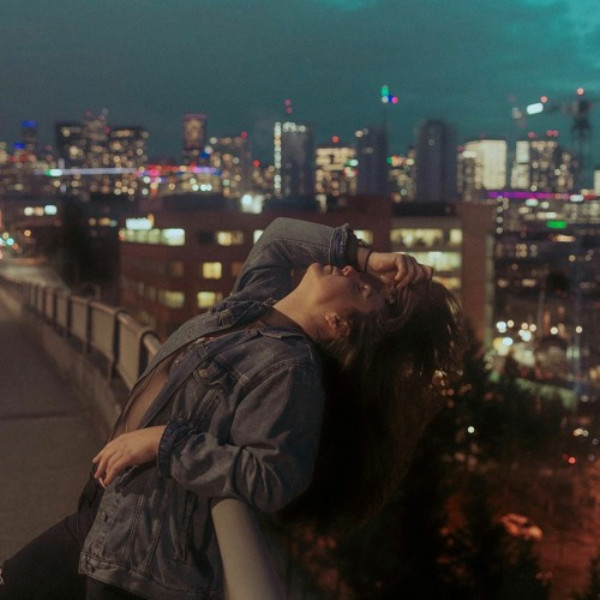 A few days ago, alternative singer-songwriter Melanie Rogers released her latest single, “Fever,” a song about a romantic relationship that, like a fever, took hold instantaneously and blazed fiercely, and then just as suddenly, broke.

After the breakup, Melanie met him at a coffee bar to return an article of his clothing. Trembling with excitement, imagining the flame of passion rekindling the instant they saw each other, she came face-to-face with iciness.

Melanie explains, “It was really like a punch to the gut seeing him again, and I told friends that night that the moment felt just like when a fever breaks. I used the title as a metaphor because it reflects the immediate heat we felt at the beginning. Rather than a slow-building relationship based on true love and trust, we dove in really fast led by infatuation, and in a whirlwind created unhealthy bonds with each other. When he told me there was someone else in his life and he needed to pursue a relationship with her, I felt blindsided. Months later, I rewrote the original second verse with my producer, Jesse Field, which helped bring more clarity.”

Upon returning home, she wrote “Fever.” The lyrics capture the sensation of the moment.

“You were waiting / My heart was pounding like a storm / And it was raining / You were waiting for me there / It’s late December / I can’t remember what you said / But you were colder. . .than it’s ever been.”

Until 2019, writing and recording such an intimate, vulnerable song would have been foreign to Melanie., for her music career revolved around Contemporary Christian Music. She began piano when she was five years old, followed by guitar at age 11. All along, she was writing songs, yet couldn’t fully express her artistry through the constraints of worship music.

Originally from Santa Barbara, California, while in junior high and high school, Melanie performed at two churches, along with leading worship at conferences, retreats, summer camps, and overseas programs. Later, she attended Westmont College, taking her degree in religious studies, as well as playing in the college’s chapel band.

Moving to Seattle, where she planned to attend grad school, going on to be a therapist, her plans changed when she began playing worship music at a church. Despite the fact she was working for free, she believed it had potential.

Then things changed. The church’s leadership altered, and Melanie was abruptly let go, leaving her with a bitter taste in her mouth, causing her to reconsider her goals in Christian music and her personal faith.

In the end, Melanie decided to turn away from Christian music, pursuing the breadth of her creativity through her music, and allowing her influences – Enya, Joy Williams, Gabrielle Aplin, Vera Blue, Novo Amor, Maggie Rogers, LIGHTS, Mindy Smith, and Nightly – to inform her imaginative sound.

According to Melanie, “Even while I was playing worship music in public, my own songwriting was the way I processed my life experiences and private emotions. I love the reality that for the first time in my life I am giving myself permission to write and produce whatever I want, especially breaking out of my earlier belief that the only songs I should be writing are about either God or a future husband. It’s fun to write weird songs and play with all sorts of sounds. I have very big dreams and the foundation of those is the opportunity to write about anything and everything and share my heart with people like never before.”

At once gorgeous and alluring, “Fever” brims with creamy, undulating washes of color, all capped by the voice of Melanie Rogers – the icing on the cake.