Home Interviews Music Video Premiere and Interview with Patricia Vonne – “Santa’s On A...

“Santa’s On A Rampage” delivers swanky waves of surf-rock, an intoxicating rhythm, and the femme fatale, sensuous vocals of Patricia.

Guitar Girl Magazine spoke with Patricia Vonne to find out more about the person behind the music, the inspiration for “Santa’s On A Rampage,” and how she got started in music.

My family, friends, and faith.

What inspired your new single/music video, “Santa’s On A Rampage?”

My dear friend and sister-in-arms, Rosie Flores, came up with the raucous title and we wrote it together with laughter and enthusiasm.  We went for a sexy ‘60s vibe with a 007 twist. We reached out to our friends: drummer Thommy Price (Billy Idol, Joan Jett, Scandal) who moved from NYC to our hometown of San Antonio. Rowland Salley (Chris Isaak) laid down his Alamo Titan bass for this song.  He made it a point to tell me that he’s only used this bass on two songs in his entire life – “Baby Did A Bad Bad Thing” and “Santa’s On A Rampage.”

Rick Del Castillo plays electric guitar and produced the album. Everyone is featured in the music video which was shot entirely on an iPhone. Quarantine style!

What’s your definition of tone?

Has your tone changed over time or is it pretty much the same?

What got you into music?

I am one of 10 children of Mexican American descent. I am 9th generation Tejana. My mother would play her Spanish guitar and would teach my brothers and sisters her favorite Mexican folk songs (Mariachi classics) as we’d sing and harmonize with her. This was my first musical connection to our rich cultural heritage. It is because of this profound childhood memory that all my albums are bilingual and original compositions.

Which artists/musicians had the most impact on your sound?

My first live concert was Johnny Reno and the Sax Maniacs from Fort Worth, TX, which changed my life.  Johnny now plays on all my albums, and we’ve co-written together. He played with Stevie Ray Vaughan and Chris Isaak for many years.

The Cruzados from East LA were fronted by Tito Larriva and were a huge influence on me and my older brothers because of their bilingual Chicano rock sound. I wrote “El Cruzado” as an homage to them and gave him the demo as a gift. Tito then invited me on an 8-week tour of Europe opening night in Paris as a member of their band now known as “Tito and Tarantula.”  He had me play multiple instruments: his telecaster, castanets, keyboard, mandolin. He taught me the arrangements. What an honor! They scored many of my brother’s films “Desperado,” “From Dusk Till Dawn,” “Machete.” When I returned from that inspiring tour I recorded my debut self-titled album on my own label Bandolera Records.

Lone Justice fronted by the phenomenal Maria McKee inspired me as they shared the bill with Tom Petty and the Heartbreakers. She owned the stage and sang out of the stratosphere while wielding an acoustic guitar around in a gingham dress and heels. I loved her cowpunk spitfire sound and style.

I draw inspiration from experience, travel, music, life. Since my ancestors are from Spain and Mexico, I incorporate Spanish castanets (that my mother taught me) and flamenco-inspired dance. The songs I write are dramatic in flair and about southwestern mythology, gypsy cowboys, rebel brides, Native Americans “Dance in the Circle,” Social injustice “ Missing Women,” the homeless epidemic “ Alone On Christmas Day,” self-worth “Worth It,” survival “Top of the Mountain.” I love writing tribute songs for Johnny Reno (Sax Maniac), Joe Ely (Joe’s Gone Ridin’), Alejandro Escovedo (Guitarras y Castañuelas), SRV (Rave On Till the Dawn), the Spanish poet Federico García Lorca (Huerta de San Vicente), and my grandmother (Severina) and grandfather (Tequileros) to name a few. There’s so much to write about!

Which comes first, the lyrics or the music?

I love to start with a title, and it seems to write itself.

What can your fans expect over the next six months?

I had so much fun making this Christmas album with my awesome producer Rick Del Castillo that I would love to do another one. This miracle album was directly influenced by my food drive and volunteer work which I am still doing for there is a great need.

During the Covid lockdown, I did Facebook live performances every week to raise money for the San Antonio food bank which distributes food to 29 counties. I was profoundly moved by the generosity of spirit my fans, friends, and family showed my grassroots efforts.  Together we raised over $11,000. Enough to provide over 75,000 meals. The act of giving to the poor and needy without expectation of receiving anything in return, the feeling of hope and community it created, and the gratitude that filled my heart, became the inspiration for this Christmas album. And the musicians that got on board for this great cause were overwhelming. (Rubén Blades, David Grissom, Rosie Flores, Stephen Ferrone (Tom Petty), Carmine Rojas (David Bowie), Thommy Price (Billy Idol) Rowland Salley, Scott Plunkett (Chris Isaak), and Johnny Reno. I thank them for saying “Yes!” Their generosity and talent are truly a gift to the world. 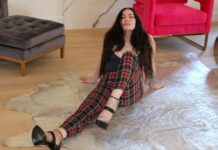 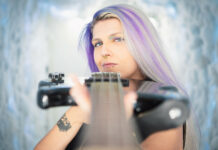