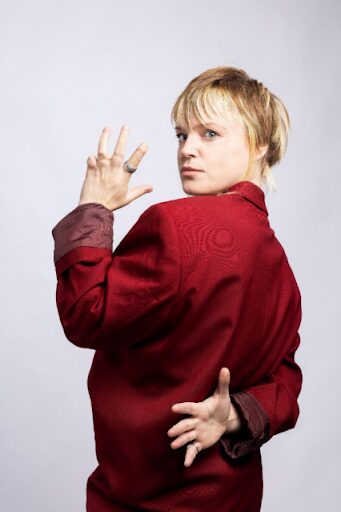 Wallis Bird, originally from Ireland but now living in Berlin, is a maker of genre-defying music. With six studio albums under her belt and a seventh on the way, Bird has been releasing music since 2007 and shows no sign of stopping. Since the start of her career, she has won several accolades, including two Meteor Awards and two nominations for Ireland’s Choice Music Prize.

Bird’s seventh studio album, Hands, was released on May 27th. The title of the album represents Bird’s 9.5 fingers after losing all five fingers in a childhood accident and having four sewn back on. This presented unique challenges for her growing up and contributes to her unique style of guitar playing. The release is timed around Pride in Ireland and to mark the seventh anniversary of the Irish Marriage Equality Vote.

In her interview, Bird talks about growing up with music, changing as an artist, living in Germany, and producing her new album.

Tell me about growing up in Ireland. Did you hear a lot of music around the house?
Home was seven kids who all collected music avidly, a Dad that used to be a rock and roll DJ, and a Mam that had the radio on night and day! When the music wasn’t on, something was wrong! My siblings listened to Black Sabbath, the Cure, White Zombie, Jeff Buckley, the Smiths, all sorts. I robbed all their music until I began to buy my own very late in life, around 17. When my parents moved to the country, we got a shed just for music and packed our drumkit and amps there, so music was everywhere all the time; it was our common language. You could tell what mood someone was in. Sepultura meant to stay the f–k away; Björk meant that a party was on!

You’ve been living in Germany for quite a few years. Has that had an effect on your music from a stylistic point of view?
In the broader spectrum, the fact is that the country is so large that there is a niche audience for absolutely every style of music. I felt very free in musical choices — if I stayed in Ireland and wanted to be in with a chance to stand out, I possibly would have gone more mainstream. The country folk in Germany are very practical and un-ego-driven, so that helps me to feel confident to be a nerd or be subtle.

I’m obsessed with “Go,” the first track on your next album. It’s all about growing and moving forward in life. Did you find inspiration for it anywhere particular?
Ah, thanks! Sound-wise, it’s British drum and bass from the late ’90s meets symphonies and birdsong in adulthood.

I used to listen to D&B a lot when I was a teen. And my teens were full of sick anticipation in my stomach, usually about fancying someone but hiding it, almost telling someone my secret, dying to move on, and just always having to hold back. ‘GO’ is my teen self talking to my adult self. You might not hear the ‘90s D&B influence, but I know it’s there, brought into the future I made for myself where I’m proud and confident, enjoying being free as a bird… finally.

I saw on Twitter that you shot and edited the video for “GO” entirely on your iPhone 13. What was that like? Was that the first time you shot a music video on a phone?
Yeah, I’ve been making all sorts of videos throughout my career, silly home videos mostly, and then directing and editing official promo or documentary videos, but no, this is only my second official music video. I’m mad about technology and f–king around, and I thought it would be a good symbol of the lockdown period, how we were basically all cooped up indoors, in sweatpants, living spectacularly suspended lives for lockdown. The video is not precious in any way, and it feels right because of that. It felt correct for the song also. Just a subconscious and reality dancing in a messy hallway at home.

Your seventh studio album, Hands, released on May 27th. If you had to sum up the whole album in one sentence, how would you do it?
I would say Positive Powerful Protest Pop!

Do you have a favorite track on the album? Which one, and why?
“DreamWriting.” I’m in love with that song, and I can say that because I did little playing on that track, that was all just guidance on my part. Philipp Milner really took my unbelievably simple shell of a song and poured bio-phosphorescence into the mould of it. The song is about looking out the window at 6 am onto the normally busy city street, in the magical blue minutes just before the world wakes up, a private moment all alone, everyone in a dream state — even the babies are sleeping… silence, magic dust… it felt like creativity. Philipp makes it sound like it felt.

How would you describe your genre of music?
Genre crossing alternative folk, pop. It’s not metal but metal heads like it!

How have you changed as an artist since your first album? What about your music-making from that time have you kept with you?
In so many ways, I’ve changed. Physically and mentally, I’m a much better team player, producer, writer, and performer because I’ve worked very hard on my ability and have worked with many maestros in their field. It’s not meant in an egotistical way; it’s just something that is teachable; it is also a question of age, experience, and lust to learn and evolve, make each album expand its world from the previous, sound, themes, media-wise or even geologically. The biggest thing I’ve learned was to enjoy the process — there’s always something to take from the s—tiest situation.

Tell me about your musical inspirations. Are there any specific artists that you’d like to work with on your music in the future?
Well, Björk would be wonderful, even just to ask her to demo me her favorite instrument! Laurie Anderson for emotional art and visualizing the obscure, Elbow for their teamwork in building sounds, and Ani DiFranco for her focus in the studio and in her industry savvy. Miley Cyrus is a young influence; how she has developed her voice and sound — I would LOVE to be stood in front of her when she lets it absolutely rip; I can imagine the power of her lungs! She loves music and treats it well. 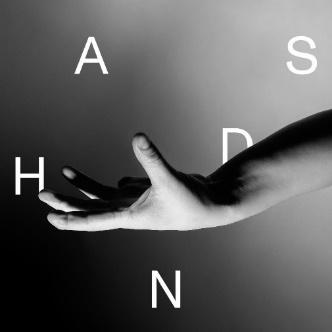