Home Interviews Charlie Kennedy a.k.a. Royalbaby on new music, gear, and what’s next 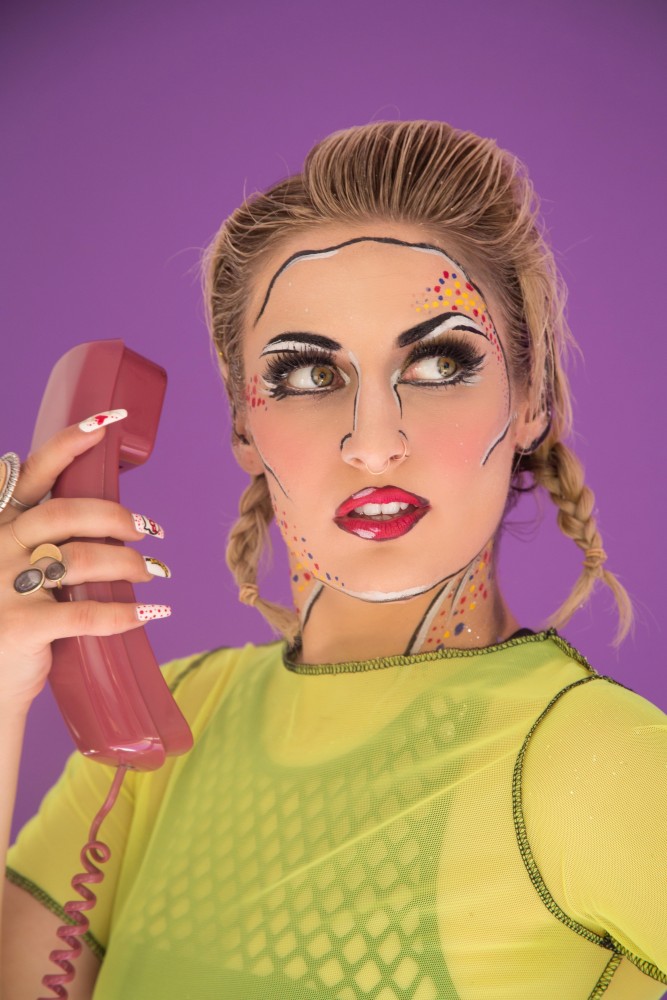 LA’s Charlie Kennedy, also known by her alter ego, Royalbaby, recently released her fancy-free new single, “Selfish Ways,” along with an expertly animated accompanying video. The alt-pop singer-songwriter has been making waves since her ultra danceable song, “Swayze” appeared in a Starbucks commercial some years ago. We can’t wait for her forthcoming album (and positive vibes) to help lighten up the absolute dumpster fire we all had in 2020. We chatted with the amiable vocalist and guitarist about what’s new in 2021 and how much the pop star is a fan of pop art.

You’ve been playing guitar since you were nine. I imagine you probably have a pretty respectable collection of axes at this point. Which one(s) are your go-to’s?

I love the Fender Jazzmaster because of its bright and heavy sound, but prefer an acoustic-electric guitar like my Taylor Grand Auditorium when writing a new song or the Taylor baby acoustic for on-the-go.

Chuck Pedals, Death By Audio, and JHS pedals have some of the coolest guitar pedals, and a few of my favorites are the Pink Panther, Arcadiator, Blue Dream, Electro-Harmonix Small Clone and Bad Stone Phaser, MXR Carbon Analog Delay, and the Fuzz War pedal.

You’re a fan of classic rock, hip hop, alt-rock, and 2000s pop. Which artists or bands from those genres would you say really helped shape your sound?

Overall, I’d say the Beatles, Beyoncé, Nirvana, Paramore, and Lady Gaga have been the most influential music artists of my life as well as artists like Son Lux, Rihanna, Jewel, Sylvan Esso, Ariana Grande, and Katy Perry.

How would you describe the sound of your forthcoming EP versus your last collection of songs? What are you doing differently this time?

My first few singles were more traditional pop, with “Nu Boiz” being bubbly and “Swayze” a little dancey. This time I was able to work with Jonathan, and we combined our music styles and influences to create something new and different. This EP leans more alternative with analog synths, guitars and reverb pedals, hooky beats, group backing vocals, and moody melodies.

What inspired the awesome pop art-themed makeup for your forthcoming EP’s promo photos? Are you a comic book fan?

My sister is more of a comic book fan than I am, but I was inspired by the ideology behind pop art for its cultural irony and wanted the 3D look to metaphorically represent phases of the Id, Ego, and Superego since the album asks us to reflect “who are we” and “what have we become?”

Was your new single, “Selfish Ways,” inspired by all the events that have occurred during the pandemic? It’s very topical, what with all that’s going on in the world politically and socially right now.

Ironically, I wrote these lyrics after the results of the election four years ago when I was on a flight back to Los Angeles thinking about the lack of progress in our society and wanted to write about the roles we each play in ignorance and how that affects us as a whole.

What have you been doing to keep yourself busy during the months we’ve all spent in lockdown? Have you found it to be a hindrance creativity wise, or are you finding that it’s given you more time to be introspective and productive?

I’ve definitely gained introspection from having more personal and family time and, luckily, have been able to stay creative, inspired, and hopeful. Being a bit of an introvert, I love having this time to write and virtually collaborate on new music. It’s been challenging otherwise, but staying creative has helped me stay proactive.

What do you plan to do with yourself and your music once restrictions have been lifted and we can return to “normal,” so to speak?

I plan to release a lot of new material with music videos and am hoping to perform nationally when it is safe to do so!

Learn more about Charlie via iamroyalbaby.com.