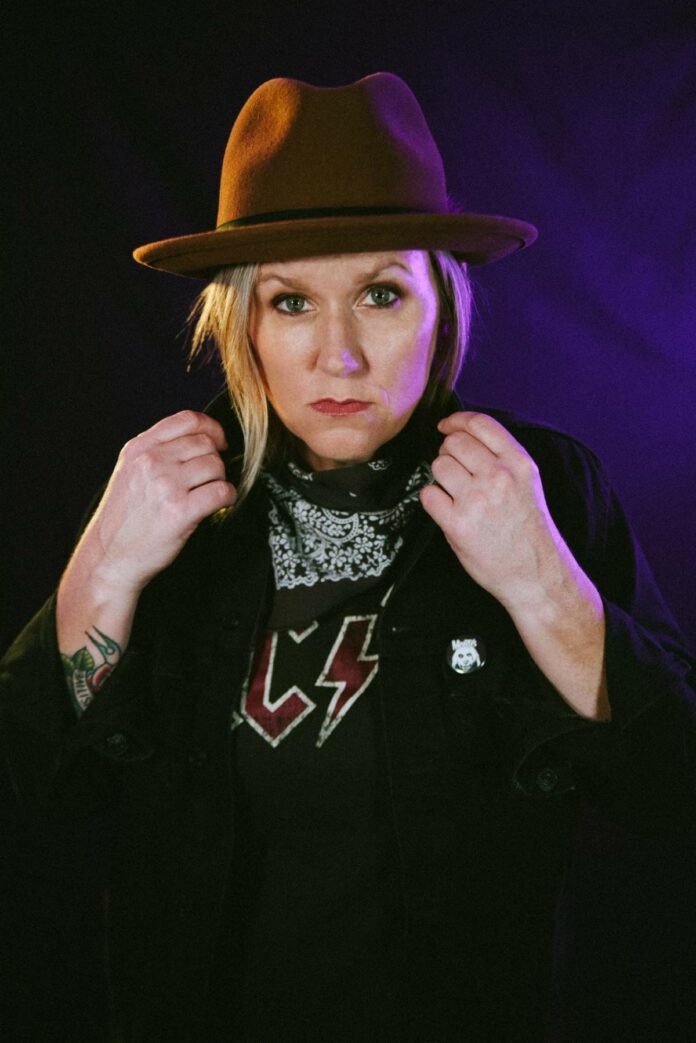 Garrison Starr is celebrating her 25th year in the music industry. 2022 marks the 25th anniversary of her debut album, 1997’s Eighteen Over Me. Twenty-five years ago, Garrison was struggling with her sexuality in a less-than-accepting Mississippi community, and that is reflected in her album. Today, after years of successes and a period of self-doubt, Starr is confident and comfortable in her talent.

In her interview, the GRAMMY-nominated singer-songwriter talks about her musical influences growing up, reflects on her first album, and takes us through the last few years of her career journey.

Tell me about growing up in Mississippi. Did you hear a lot of music around the house? What music did you gravitate towards?

You know, we did listen to a lot of music around the house and when we were driving around… I do have strong memories of singing along to the Animal House soundtrack or The Ink Spots in the car and listening to my mom playing Dionne Warwick on the piano. Also, we went to church, and I loved singing along with the hymns. I would always make up my own harmonies. That’s really where I learned to sing.

I have fond memories of summers in Mississippi, playing sports, and hanging with my hometown friends. Mississippi people are good people. Very warm and hospitable.

I always gravitate toward lyrics, so I guess I’ve always loved songwriters and songs where I can dig into the words and the emotion. My aunt used to make mix tapes for me with artists like Bonnie Raitt, Karla Bonoff, Heart, and whatever else she was listening to, and I loved discovering stuff I’d never heard of. She turned me on to a lot of great music!

This year marks the 25th anniversary of your first album, Eighteen Over Me. Tell me about that album; what inspired you to write it?

Well, that album was written during a really hard time for me. I was coming to terms with my sexuality for the first time as well as dealing with the humiliation of being outed and then ostracized by the evangelical Christian community, which at the time, was my community. So I was an outcast for a while, and it hurt. I was angry and in a lot of pain. Funny that a song as triumphant as “Superhero” came out of that experience, but the feeling of that song is and has always been the feeling of freedom and purpose that music gives me.

What about that album — a song, a line, anything — are you the most proud of today?

I think probably “Superhero.” That song is one of the most universal songs I’ve ever written, and I love how much my fans love it.

How would you say you’ve changed as an artist between then and now? What elements of your music are the same as they were 25 years ago?

I’d say my honesty and transparency are the same and my lyrical approach to my writing. I’m much more open as an artist than I used to be, and I’ve chilled out a lot. I don’t pick the same battles I used to — I’m much smarter now. I also love collaborating more than I used to when I was younger.

Quite a bit of time passed between the release of your 2012 album Amateur and your most recent album Girl I Used to Be, released in 2021. Your website says that during this time, you went through a period of self-doubt. How did you overcome that and continue making music?

I released a couple of EPs between 2015-2018, but yeah, I wasn’t touring and was definitely struggling with how to release music and fit into the new social media scene. I was at a loss with how to connect with fans. I felt totally alone.

I overcame this by continuing to move forward. I have a lot of support and love in my life that I’m so grateful for, including all the people who have been listening and sharing my music even when I didn’t believe in myself.

Your career is extremely impressive, both in the music industry and other artistic industries. What’s your favorite non-musical accomplishment so far in your career?

Oh, thank you so much! I’d say I’m impressed with how my golf game has improved. I’ve been taking lessons and playing more and am finally seeing some solid improvement!

Describe your personal genre in three words or less.

What does the rest of 2022 look like for you? Can we hope for any new music?

I do have a new record we are working on getting out later this year or early next, and I’ll be touring on and off throughout the fall.

What advice would you give to a young woman aspiring to pursue a career in music? What’s the biggest lesson you’ve learned in your career?

Trust yourself. Know what you want. Then find a good team of people to help you get there. But it all starts with you.