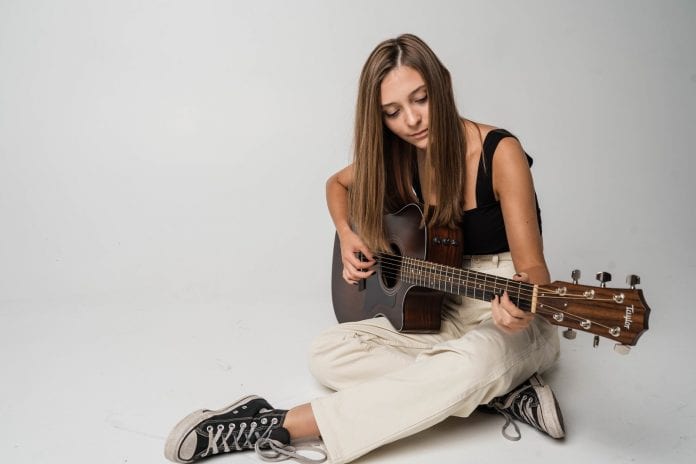 Denver-based indie-pop artist/songwriter Sophie Gray released an uplifting, dreamy synth-pop single, “Better With You,” earlier this year. The message from this sixteen-year-old artist? Acknowledging and appreciating the people in our lives that make us better. Gray has been playing guitar, writing music, and performing since she was ten years old. Her influences cross many different genres, from indie rock to jazz.

You have a new single that dropped on January 1 called “Better With You.” What was the inspiration behind the music?

I think “Better With You” really came from a place of needing to recognize the way that other people can create such positivity in your life. With everything going on in the world now, it just seemed really important to get a positive message out there.

For our readers who are not familiar with you, how would you describe your music?

I would say my music is like indy pop that upbeat and all about cool production and meaningful lyrics.

Lots of things inspire my songs, actually. Sometimes it’s movies or books I’m reading, and sometimes it’s little moments while I’m with my friends or just out in the world. My songwriting process has changed a lot recently, actually. I write all my songs on guitar first, and I have found that substituting in jazz chords or other chords with interesting tonality really alters the way I approach a song. After I build the chords, I usually search around for inspiration and then begin to write off of that small moment that I am using.

When writing songs on guitar, what comes first? Lyrics or melody?

For me, it’s often a little hook that comes first. I’ll just be walking around and something will pop into my head, and I’ll write it down. After that, though, I usually build my chord progressions and finish with my personal favorite part which is the lyrics.

What is your go-to guitar for songwriting?

My go-to guitar is actually a Taylor GS Mini. I’ve had it since I was about nine or ten, and it has just always been my songwriting guitar. I also like how small it is because it makes playing bar chords a bit less of a stretch for my hands.

I first became involved in music when I started guitar lessons at age six. It all happened because I was really bad at soccer, so my parents just switched me over to the arts instead.

Besides music, what other hobbies and interests do you have?

Oh gosh, I would have to say literally any sport or activity involving the mountains. Over the summer, I was rock climbing like crazy and did some really cool climbs. Now that climbing season is out, though, I have been hitting the slopes as often as possible. I have been skiing since I was really young, so I’m hoping for some cool backcountry and par days this season.