Home Interviews Interview: Sandra-Mae Lux Talks About Her New EP – ‘Moment in the... 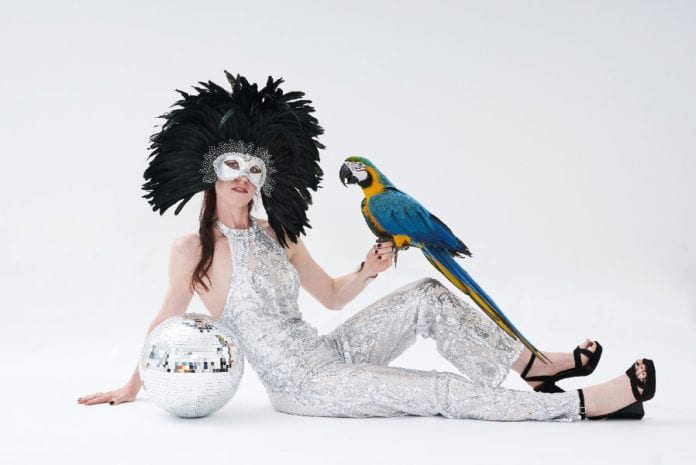 Jazz artist Sandra-Mae Lux released her three-track EP, Moment in the Sun, moments ago. The EP provides an appetizer for her forthcoming full-length album, Happily Ever Now.

From the small village of Steveston, B.C., Sandra-Mae began playing guitar, saxophone, and piano in elementary school. By the time she hit her teens, she as performing in jazz and concert bands. After high school, she majored in Jazz Studies at Capilano University.

Invited to perform at the Ottawa International Jazz Festival, she shared the stage with Joe Lovano, Roy Hargrove, Herbie Hancock, Joshua Redman, Christian McBride, and Dave Brubeck. While living in Vancouver, she played with a number of bands and immersed herself in various stylistic influences, including ‘70s soul music.

In 2017, she moved to London, England, where she worked on songs for her upcoming album, as well as lending her voice to audio dramas like Audible’s Aliens and Neil Gaiman’s Sandman. Sandra-Mae presently resides in South London with her partner, oodles of plants, a disco ball, and an array of feathered masks.

Guitar Girl Magazine caught up with Sandra-Mae Lux to discover more about her influences, what she’s listening to right now, and her songwriting process.

A good old fashioned hi-fi stereo system! I’m using a pair of vintage Rogers LS4-As with a tuneable REL sub. I’m also a vinyl junkie and have a Rega Planar-2 record player with a Goldring cartridge. I have to be able to hear what other musicians do and hear it well! I also can’t live without my classical guitar and good French wine!

What inspired your new EP, Moment In The Sun?

The EP Moment in the Sun is part of a larger body of work, the album Happily Ever Now which drops in November.  The EP and album are about appreciating fully what you have now, and really embracing it. Whether it’s a relationship or an opportunity or even a heartbreak. Too often we live in the future or the past. Moment in the Sun is all about celebrating what you have right here, right now.

Mostly lyrics first, melody second. My songwriting partner and I are big believers in the craft of songwriting. We always start with a strong idea of what the song is trying to say. And then we’ll play with it for a while. I’ll sit at the piano or guitar, and that’s where the hook line will usually fall out. Then my songwriting partner will go away and write a bunch more lyrics, and we come back and assemble them together. The more you write with someone else, the faster you get at writing songs. Some songs we’ve virtually improvised in one go!

We’re living in pretty dark and divisive times right now. These songs are filled with light and love and charm. I hope this is an album that makes my fans smile from ear to ear. And whether or not it turns out to be a classic, this music just might be exactly what the world is looking for right now. That little bit of musical joy that says there is hope, that there is light at the end of the tunnel.

What kind of guitar do you play? Any modifications to it?

I play a handmade La Patrie classical guitar made in Canada. I also play a Fender ‘72 thinline telecaster reissue. No modifications (yet)!

A vintage Gibson ES-175! This guitar was played by so many of my jazz guitar heroes, and it’s just a joy to play.

Really just playing through my repertoire. It’s important for me to run through some of my songs every day so that I have the ability to play any of the tunes on my own on both guitar and piano. I generally work on a couple of songs per day.  You never know when you might get the call to perform your songs live as a solo act for a TV or radio program! So it’s important to have them really well under your fingers.

My parents used to put me on the kitchen table and make me sing in front of relatives at a very young age, maybe 4 or 5 years old. I was already playing piano and saxophone by age 11 and bought my first guitar with babysitting money aged 12. My home was always filled with really great music, which I think inspired me to get better at all the instruments I was playing.

To me, tone is something very personal. Every musician/singer has a sonic signature. I’ve always had an affinity towards an authentic tone; a tone that hasn’t been processed or auto-tuned very much. I like to be able to hear the life of the instrument or voice, even if it’s gone through an overdrive pedal. As I’ve gotten older and matured, I’ve really come to appreciate how important it is to let an instrument speak for itself, rather than cover it up with processing effects.

I absolutely love blasting the Spice Girls and Bee Gees through the hi-fi; How Deep is Your Love always makes me smile! I’m also a huge fan of the show Family Guy. Did you know the creator/voice actor Seth MacFarlane is also a fantastic jazz singer? Listening to his albums while cooking is definitely a guilty pleasure.

Always be true to yourself and to your songs. Copying someone else will almost always lead you in the wrong direction, and away from your true calling in music. Grow a thick skin when it comes to criticism; people will love your music, and some people won’t. You’re the one that has to believe in it the most, and that belief and perseverance is what will get it heard.

There is no why. Being a true musician, in my opinion, is a calling. You don’t pursue music, music pursues you. For better or for worse!

A beach house in Malibu!? Haha. But seriously, after this EP, I’m releasing the full album Happily Ever Now which will be released in November. I’ve also written a show version of the album which I hope to produce soon.