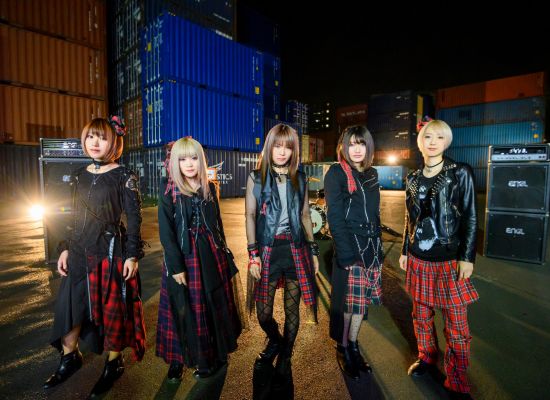 The Japanese J-metal quintet BRIDEAR is releasing their debut album, Bloody Bride, on May 7, 2021, via UK-based label SETSUZOKU RECORDS. The band was formed in 2012 and after a few changes, their current lineup is HARU, KIMI, MISAKI, AYMI, and NATSUMI. The bandmates fill us in on their background in music and their upcoming album.

Can each of you tell us a little about your background in music?

How was the band formed?

What metal bands/musicians influence your music?

With the upcoming release of your new album Bloody Bride, what can fans expect?

Is there a standout song that the band feels most proud to have created?

How about the songwriting process for the band? Is it an equal collaboration, or is there any one member who takes the lead?

What did the recording process look like for this album?

Tell us about your gear (what brands you play and why).

Outside of music, what are some of your interests and hobbies?