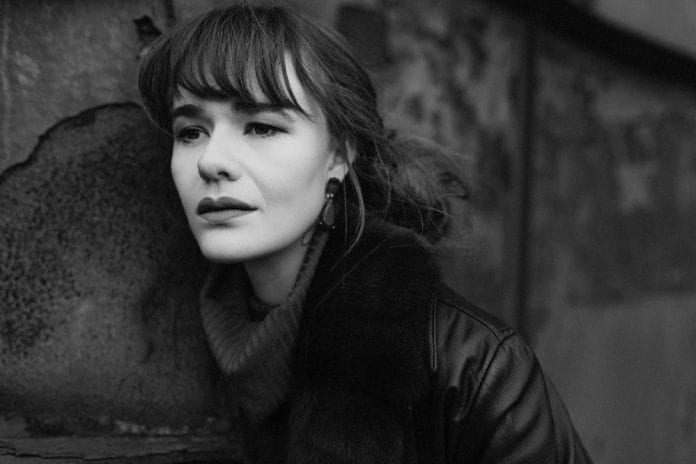 Piera Van de Wiel is a singer-songwriter and actor that is passionate about social impact and how music can be used to increase awareness of global causes. Her latest single, “USED,” caught the attention of the United Nations for raising awareness of the spike in domestic violence during the COVID-19 quarantine. All proceeds from the new single will benefit the United Nations Trust Fund to End Violence Against Women.

Also, Piera founded her company Stronger With Music to continue her humanitarian efforts.

This September also marks the first anniversary of Hurricane Dorian, which devastated the Bahamas. Through her music video for her single “Come Back Home,” which was written to aid humanitarian efforts in the Great Abaco Island, is currently competing in the ARTS x SDGS Film Festival. The song also received a Silver Medal for Outstanding Achievement in Listener Impact at the Global Music Awards.

Your most recent single “Used” has captured the attention of the United Nations and is being used to help raise awareness of the spike in domestic violence since the COVID-19 quarantine. Tell us about the United Nations Trust Fund to End Violence Against Women, and how did the collaboration form?

My single “Used” is raising awareness of the shadow pandemic of domestic violence and highlighting the incredible work of the United Nations Trust Fund to End Violence Against Women. When Domestic Violence occurs, there is dysregulation around emotional understanding—it is the lack of capacity to self soothe emotionally. Music is a natural self-soother and acts as a soothing mechanism, the tonal and rhythmic waves have the capacity to calm our brains and connect to ourselves, and there is a release. My company, Stronger With Music, promotes the importance of music and mental health and music and social impact, and I felt passionate about connecting my single “Used” with this cause. 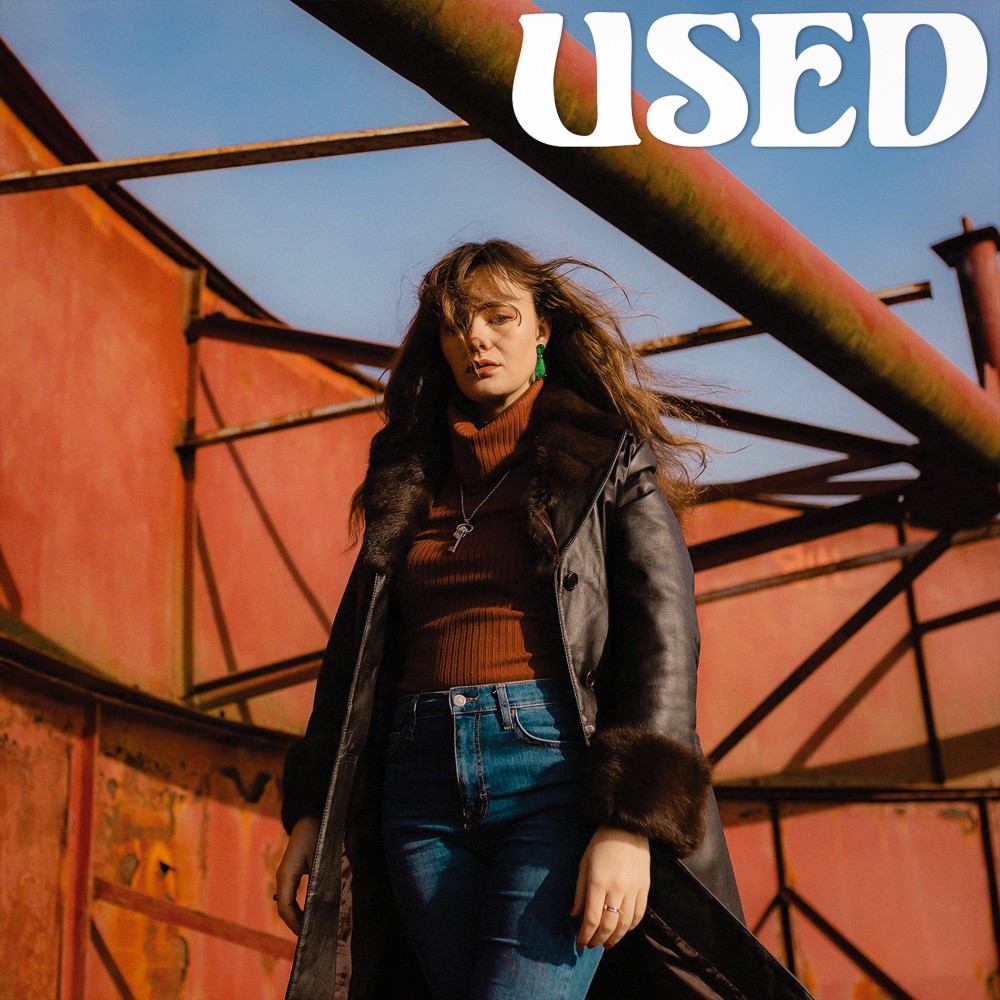 Let me highlight several examples of the UN Trust Fund’s work focused on the COVID-19 crisis situation that speak eloquently to the challenges that beneficiaries and organizations are currently facing.

On the songwriting for that single, what is your message to listeners?

Isolation has been challenging for everyone, but particularly for those victims of domestic violence who could not escape their homes and their abusers. “Used” is a song about how one can feel so safe, that when you let your barriers down, you can feel used, abused, and taken for granted; but ends with a lasting positive message of strength and hope. It was important for me to end with a message that can uplift the listener and to show that they are not alone.

When performing my songs or playing a character in a film or theatre production, you are using your skills as a storyteller to relay a message and have a conversation with the audience. But this should be a two-way conversation, so we can both be present and active in what we are taking away from the performance. The most important aspect of performing is being in the moment and listening.

When did you first get involved in music and acting?

I received my BFA in Drama at the Tisch School of the Arts, and I’ve been writing songs and also creating my own projects and seeing them come to life. My recent film “Strip Clara,” directed by Emory Parker and shot by Natalia Bougadellis, has been selected at the Diamond Anniversary of the Golden Door International Film Festival, which will screen at the Lowe Theatre in New Jersey in 2021. My other film, “Tainted Choices,” directed by Katusha Jin, has been selected at the Fort Myers Beach International Film Festival. 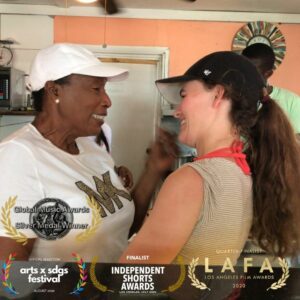 What is most important to me as an artist is addressing social issues that need to be highlighted; with my single “Used,” I’m raising awareness of domestic violence, and my single “Come Back Home (Abaco Relief Song)” has been raising awareness and funds for the Abaco islands that were destroyed by Hurricane Dorian. I grew up there since I was a baby, and every memory was wiped out, with friends and family fighting for their lives. It was awarded the Silver Medal of Listener Impact at the Global Music Awards, with my Anniversary Edition Music Video being recognized as Finalist at the Independent Shorts Awards, Quarter-Finalist at the Los Angeles Film Awards, and was officially selected at the Arts X SDGs (sustainable development goals) festival. 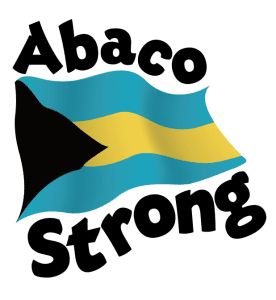 It is vitally important for me to address the dire situation that remains in the Abacos, as they continue to live in makeshift houses, unemployment is over 50%, and one in four Abaconians still rely on free food each week. Please take the time to help and donate to Abaco Strong, a 501(c)(3). Their mission is to enable the rebuilding of sustainable businesses and communities in the Abaco Islands.

You’re very passionate about mental health and founded Stronger with Music to promote the importance of music and mental health. How do you feel music impacts mental health, and what is the best piece of advice you would like to offer in this realm?

With my company Stronger With Music, we work with music therapists and a neuroscientist, and we work towards understanding how music impacts mental health; and put it into action with programs, educational seminars, plenaries, and live performances. Music is my passion and my lifeblood, but science is at the core of discovery and innovation – so please excuse me – as I geek out on the science behind the power of music!! 🙂 🙂

Current conclusions are that limbic brain regions such as the amygdala (the emotional control system in our brain) are a major part of the emotional stimulus from music. Music stimulates all brain regions that are considered the core of emotional processing. Also, the reward network that includes the dopamine mesolimbic centers in the nucleus accumbens are critical for the pleasure derived from some music. The hippocampus, which is a critical part of memory and learning in the brain, is a major part of musical effects on social engagement and attachment. This hippocampal effect is more than the influence of memories on emotional states.

Who inspires you either personally or professionally?

Lisa Russell, founder of Create2030 and the Arts x SDGs festival and Emmy award-winning filmmaker. Her work and her projects she has curated with the UN and UN agencies all show how artists and creatives can be impactful and beneficial within the creative economy. I met Lisa virtually this year as my work “Come Back Home (Abaco Relief Song)” music video was selected at her festival. She is opening doors for artists to create a real impact with organizations all over the world.

With so much going on in your professional life, what’s next for you?

Currently, I’m working on an International Day of Peace Music Project with Musicians from all over the world, writing an Ocean Conservation song, and my new single “Hold You In A Month” will come out at the end of this year.