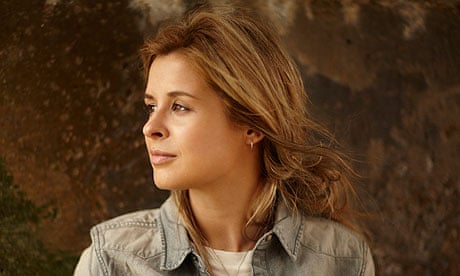 Hey! I am Katie, but my artist name is Delta Maid. I’m a singer-songwriter and come from Liverpool, England.

I was raised on a healthy diet of music from a wide spectrum of genres but when I was in my teens, I became particularly fascinated by the Delta Blues music of the 1920s and 1930s (hence the reason for my artist name).

Even though I am not a purist and the music I create does not always fit into the style of Delta Blues, it was the main inspiration and catalyst behind me wanting to be a musician and guitarist.

I have so many musical influences from singer-songwriters through to old-school country/soul legends through to everything else. I would be here all day writing you a list, but I love Hank Williams, Sam Cook, Sister Rosetta Tharpe, and many more old and contemporary artists. I would like to forever be inspired.

In 2011, I released my first album on a major label. Then after a nine-year hiatus, this year (June 2020) I released my second record independently entitled ‘Katie.’ This marked the start of feeling musically free.

I am looking forward to the day when I can perform this album live, with my guitar, of course, girls.

What is your definition of tone, and how has it changed over the years?
I’m not too technical, so if I were to talk about tone, for me as a singer-songwriter, using the guitar to convey what I’m trying to say, is like using a second voice to harmonize with my own to drive the feeling deeper. The tone has to complement the voice, so it feels like one voice in the end because they work together in a way that just works, whether that being from a rhythmic point of view or pitch (not being too harsh), etc. You have to know what works with the song and sometimes that is by trial and error. I have always tried to have this approach, but it certainly has gotten better over the years because experience teaches you what works and what doesn’t and what you’re good at and not so good at!

Which guitars, amps, and pedals are you currently using and why?
So I have only ever played an acoustic up until recently (my Martin 00016 has been my musical buddy for many years), the sound for me has been instrumental with live shows when I’m going solo because it resonates well in smaller and larger venues.

I started playing electric (Fender Strat) when I was writing songs for my second record for the first time. Funnily enough, it turns out, I only played the acoustic once for this last record and the rest ended up on the Strat. It just worked for the songs I was playing; I could go from jazz to blues to rock and it still worked.

Amps and pedals are something I am working on; I practice on a little Marshall blues amp and sometimes use a BOSS TR-2 tremolo pedal for that Staple Singers kind of sound. As you can tell, I am not that technical!

What about strings?
Acoustic, I use Martin SPs because I have never really used anything else. D’Addario’s for electric and use the flatwounds Chromes on my Gibson ES335.

Are there certain recording techniques you prefer in the studio?
I like to feel super comfortable and not rushed. When I was recording my last album, I was the only person in the room and recorded the guitar myself because I worked remotely with a producer based in Eindhoven (I was in Liverpool). I had free reign to feel safe if I messed up. I could do it all again without a judge and jury! To be quite honest, I am not a perfectionist when it comes to recording guitar, I like to mainly do things in one whole take, so if the feeling is there, I can overlook a few imperfections. I like to hear the room, so I keep a headphone ear free.

How do you keep your sound consistent onstage?
Stick to the one guitar! No, I’m joking, but really, I have to keep it simple, that way there is less room to go wrong so that it doesn’t distract from the feeling and flow.

What does your practice consist of?
I wish I had way more discipline. The discipline usually kicks in before live shows and I am pretty simplistic in terms of going through the set a couple of times per day etc. I try to change the order to not get bored so that I’m still enthusiastic and inspired about it when it comes to the performance date.

What is your advice for young women who hope to work in the music industry?
Identify why you are doing what you are doing and eliminate any element of it that does not serve you or does not sit well with you. The music comes first, everything else follows, so if you are still loving the music you’re making, you’re on the right path. You are unique, nobody can do what you do and vice versa, so comparing yourself to others is a wasteless exercise because you got your own ‘thing’ to offer. People will always try to put you in a box and some negativity is part and parcel of the game, don’t let it get you down. As cheesy as it sounds, ‘you got the music in you,’ so don’t let anyone take that away. 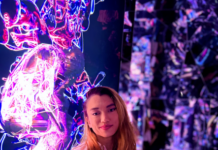 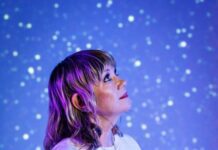 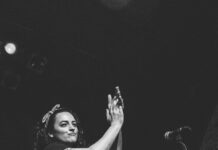