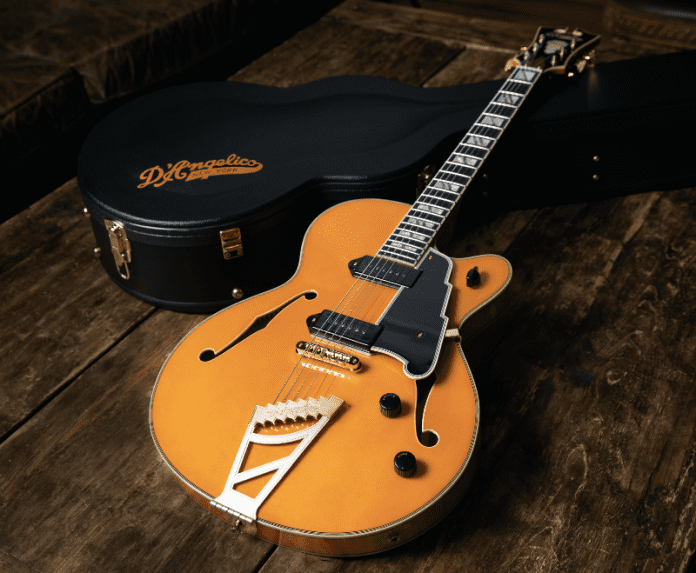 New York City – Kicking off the 2021 NAMM Believe in Music Week, D’Angelico is launching new models and variations across each of their three series.
Starting in the Premier Series, D’Angelico welcomes a new variation to the LS acoustics. All five models are now available in Aged Mahogany. D’Angelico also reinvigorated their standard solid-body guitar line-up for the first time since their debut in 2017, available in three new finishes. The Premier Series also welcomes the popular Bedford SH for the first time.

In the long-standing Excel Series, D’Angelico is launching all-solid versions of our bestselling acoustic models, the Gramercy and Tammany, as well as introducing notable upgrades across semi-hollows and debuting the new Excel 59-a stunning hollow body inspired by a John D’Angelico original.