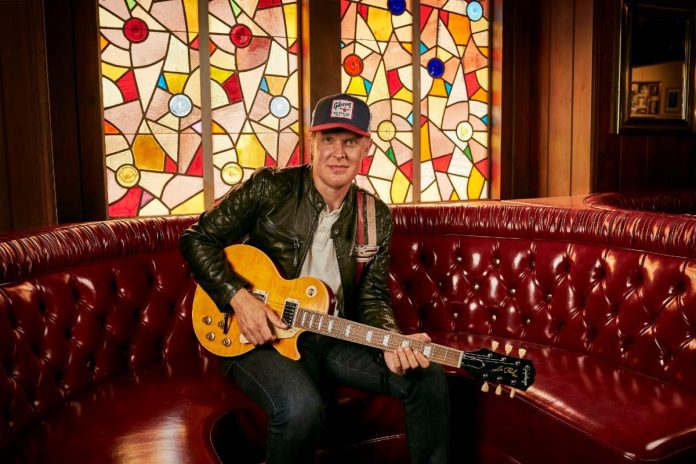 “We wanted to make a model that was accessible to everyone at a price point that you could buy it and go out and gig with it; it looks and feels like the original guitar,” says Joe Bonamassa. “It’s gig-ready, and it’s a great tool to have whether you’re playing out live, in the studio, or just having fun at home annoying your neighbors.”

“Joe Bonamassa is a custodian of Gibson by virtue of having put together one of the most epic guitar collections in the world, as a musician and guitarist he continues to inspire fans to pick up a guitar and play,” says Cesar Gueikian, Brand President, Gibson Brands. “The Epiphone Lazarus 1959 Burst is a re-creation of Joe’s storied 1959 Gibson Lazarus Burst, which was once hiding under a thick red coat of paint and was brought back to its original finish thanks to Joe. Today, Lazarus travels with Joe and is seen on stages all over the globe. The story of Lazarus is one worth checking out and we hope this Epiphone creation inspires players of all levels.”

Watch and share the new Joe Bonamassa interview where Joe tells the full story of the discovery of Lazarus and the complete restoration journey of the guitar, HERE. 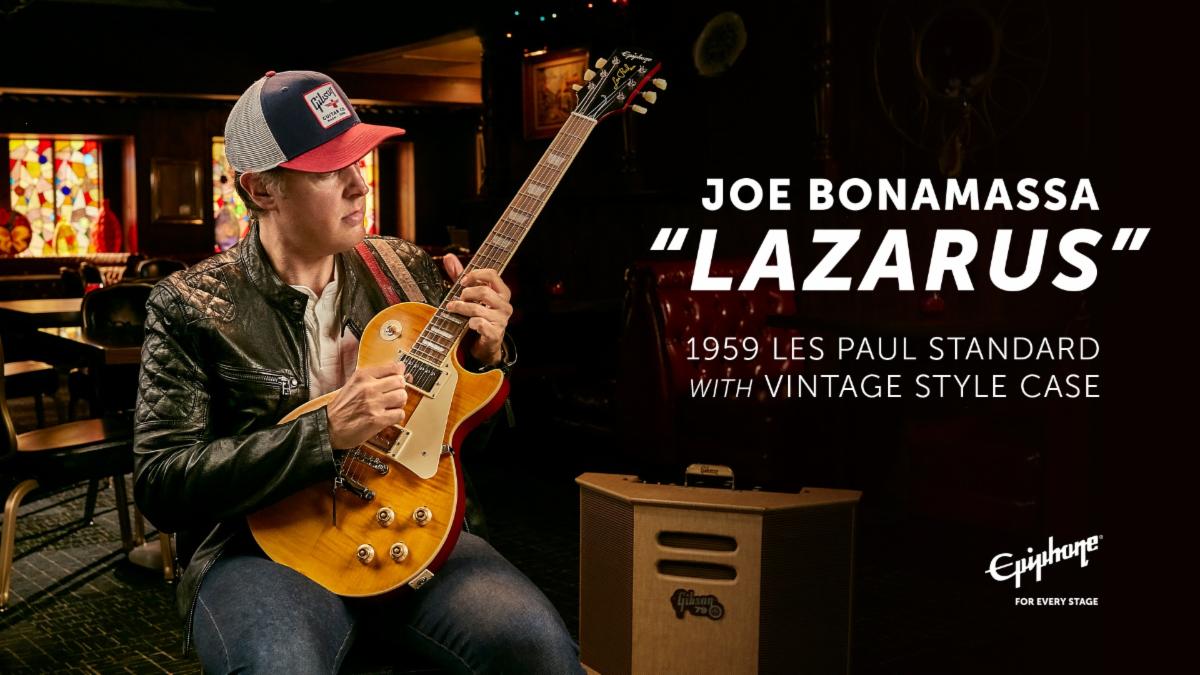 As the story goes, a red, dinged-up Les Paul was brought to Joe’s table at Barone’s in Hollywood, which in turn launched an impromptu investigation into the true origin of the guitar in question. Kim LaFleur, of Historic Makeovers, confirmed Joe’s suspicions that the guitar was indeed a 1959 Les Paul Standard. Joe was ecstatic and so moved by this stroke of good fortune that he named the guitar “Lazarus.” Much like Lazarus of the Bible, this ’59 Les Paul literally came back from the dead and once restored, the guitar’s stunningly figured top was revealed. Not wanting that to be the end of the story, Joe teamed up with Epiphone to honor this great guitar with an artist model aptly named the Epiphone Joe Bonamassa “Lazarus” 1959 Les Paul Standard. The Epiphone Joe Bonamassa Lazarus 1959 Les Paul Standard is the first Epiphone model to include a One-Piece Mahogany Neck. Lazarus also features a mahogany body with a maple cap that is topped with a wide-grain AAAA flame maple veneer. The sweet tone comes from some of Joe’s favorite pickups; Gibson BurstBuckers paired with 50s style wiring and CTS® potentiometers and Mallory™ capacitors. The Lazarus comes with a vintage-style case sporting Bonamassa graphics and a certificate of authenticity.

The two-time GRAMMY-nominated artist with 24 #1 albums on the Billboard Blues Chart, blues-rock superstar Joe Bonamassa will release his new album Time Clocks on October 29: https://shop.jbonamassa.com/collections/time-clocks. Recorded in New York City, Time Clocks rediscovers Joe Bonamassa at a newfound peak with heartfelt songwriting and unparalleled blues rock prowess. For the album, Joe hit the studio with longtime collaborators Kevin Shirley as producer and manager/business partner Roy Weisman as executive producer. The album was recorded in New York City at Germano Studios/The Hit Factory and mixed by Bob Clearmountain (Bruce Springsteen, The Rolling Stones, Toto, Bon Jovi). Time Clocks features the recent singles “Notches” and the next Blues-heavy single “The Heart That Never Waits“. Joe Bonamassa and his band will hit the road this Fall for a tour. For all Joe Bonamassa tour dates, visit: HERE.