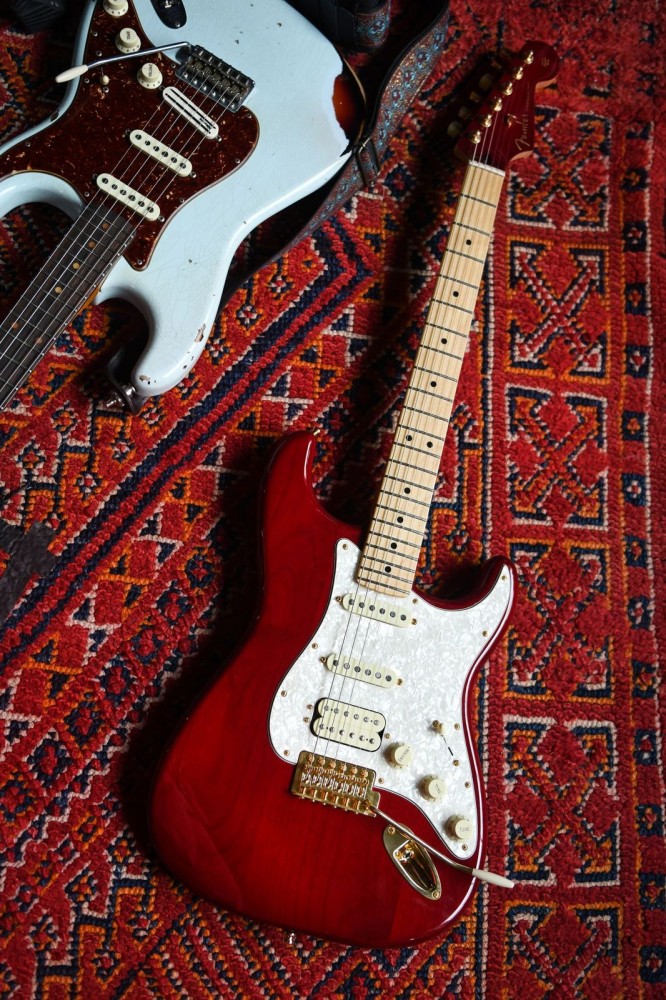 HOLLYWOOD, Calif. (December 3, 2020) —Fender Musical Instruments Corporation (FMIC) today released the all-new Tash Sultana Stratocaster®, which is Tash Sultana’s first artist signature model with the iconic guitar brand. Sultana has long played Fender to create their signature sound: layered loops that fuse indie with ambient rock and impressive guitar licks. In the past 5 years, Sultana has rocketed to global fame; from open mic nights and busking in Melbourne to sold-out shows around the world playing their hit songs Jungle, Notion, and more. Designed in collaboration with Sultana, the Stratocaster reflects their unique, multi-faceted playing style allowing for a wide range of tones and sounds. Explore exclusive access to the role of guitar alongside Tash in their creative song writing process – from the inception of a lyric to finished song and how it all came together in Fender’s new social series “Tracks”.

“Fender is one of the first guitars I saved up for when I started playing and in fact, is the first instrument I learned to play,” said Tash Sultana. “It’s really surreal to have my own signature model now after walking through music stores as a kid seeing so many guitars I wish I could have owned. The guitar has truly become my third arm and I hope that my signature guitar with Fender sparks other guitar players to create music that inspires and allows self-expression freely.”

“Tash is an incredible musician and – like Fender – embodies the spirit of innovation in music,“ said Edward “Bud” Cole, President of Fender Asia. “Creating this signature Stratocaster® guitar with Tash has been a major moment not only for Fender but especially in the Asia Pacific region and beyond, as Tash’s fans extend beyond Australia to music lovers around the world. It also marks an exciting time at Fender as we are in the process of bringing some new, huge APAC artists to the Fender family from China, Indonesia, Australia, Hong Kong, Korea, Taiwan, and more.”

“Fender is thrilled to be partnering with Tash Sultana on their signature Stratocaster®,” said Justin Norvell, EVP Fender Products. “We collaborated with Tash every step of the way to ensure their signature model has the capability to emulate the unique tones they create on stage. The pickup combination offers a wide tonal variety that lends itself to the vast tonal palette required for building complex loops just like Tash does. Tash’s unique style of playing is an inspiration for young artists everywhere to push their creative boundaries with the guitar and not be afraid to chase their dreams.”

Tash Sultana has commanded attention world-wide since their homemade videos went viral on YouTube in 2016. Prior to exploding on to the world’s stage, Tash’s grandfather gifted them a guitar at age 3 which nurtured a love for self-teaching and exploring new instruments. When they finished school, reluctant to get a “real job”, Tash took to the streets of Melbourne to busk every day until reaching a world wide global scale in the years following to the present. Sultana’s debut EP, Notion, was released in September 2016, followed by a sold-out world tour in early 2017. Boasting over 1 billion combined streams across top music platforms, Tash has self-produced, self-composed and self-arranged all their own music. Tash recently released their 4th single “Willow Tree” featuring Jerome Farah of their upcoming sophomore album Terra Firma out February 19, 2020.

Fender discusses the all-new Tash Sultana Stratocaster® specs and all details in an episode of Fender’s serialized social video series: Fender Demos. Fender Demos is an educational video series focused on providing a deep dive into Fender’s newest products. The series focuses on showcasing not only the key features and benefits but also the sonic quality of Fender’s instruments, amplifiers and pedals. In addition to product demos, the series also provides valuable beginner, intermediate and advanced tone tips, set-up and maintenance guides and insights to get the most out of your Fender gear. 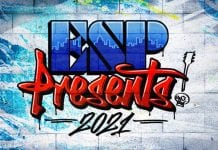 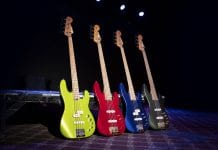 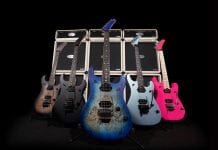