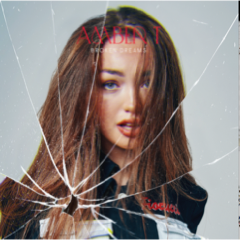 One of her most popular songs performed live, the single has been waiting to be unleashed since its creation in 2019 when Amber wrote the song aged just 15.    Produced by Jamie Brown & Conor Mangan of JBJ Recordings and mastered by Robin Schmidt at 24-96 Mastering (The 1975, Sam Fender, James Arthur) the song combines heartfelt lyrics with an energetic indie pop vibe.

“Broken Dreams expresses the feeling of being fed up and being let down. The idea of becoming hopeful for something and it falling apart. The music goes hand in hand with this juxtaposing the happy instrumental to the deeper lyrics, I wrote this song a while back and have been performing it live acoustically and finally got to record it.  I absolutely love the way the track worked out in the studio and it has such a good vibe”.

Amber has already built an impressive music career, having her debut single played and interviewed live on air on BBC Radio 1 at 15 years old.  Since then her music has been heard around the World and picked up fans along the way including the legendary Sir Elton John.   Not only adding her single “No Company” to his Rocket Hour Radio show he also commented, “Sixteen-year-old Amber T – how brilliant is she”.

Influenced by a whole range of artists including Sam Fender, The 1975, Nothing but Thieves, James Arthur, Amber’s songs have developed along the way.  Her last single  “Get Me” recorded with Michael Smith at RYP Studios, revealed a more rocky edge and a perfect match to Amber’s vocals and soon became a favourite at gigs up and down the country and resulted in a Live TV Performance (with live vocals)  on Saturday Mash Up on  CBBC Channel. https://www.youtube.com/watch?v=mOVW395yOOM

2021 was also full of highs for Amber as she became a Music Ambassador for Yamaha Music London (the youngest ever), and she appeared in a stunning 8 page feature in the highly respected and prestigious publication Her Magazine. Following a carefully curated line of illustrious and exciting female artists from around the World, Celeste, Billie Eilish, Kelela, Snoh Aalegra, Softest Hard, etc. http://www.her-magazine.com/journal/tag/Music

In the Summer Amber performed across the UK at Foodies Festival supporting Sophie Ellis-Bextor and Scouting for Girls.  She also got the opportunity to perform at various iconic venues such as Joiners in Southampton and 229 in London.

“I’m really looking forward to getting out there in 2022!  Lockdown put a halt to performances in 2020 and I’m so glad to be back out there and on stage!”

Further new singles are already lining up and Live Bookings are rapidly building for 2022, Amber T is definitely one to watch. 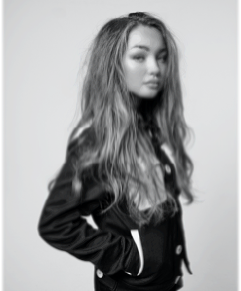