Tropicali Records and acclaimed Kaua’i/Los Angeles-based songwriter Courtney Jaye are pleased to present Part Two: The Journey, the second installment of Jaye’s highly anticipated short film and full-length album, Hymns and Hallelucinations, a body of work that she calls “an introspective, meditative, psychedelic exploration into the soul of a woman: her rage, her confusion, her sadness, her sexuality, her defiance, her darkness, her strength and her light.” The full film will be released in four segments over several weeks, revealing songs from the 10-track album that will be released in its entirety on Friday, May 20.

Like the album, the accompanying Joshua Shoemaker-directed film is the story of a woman “discovering the deepest parts of herself as she faces her fears head-on, evolving along the way and becoming illuminated to the Ultimate Power behind it all,” as Jaye states.

“This is my character’s ‘Through The Looking-Glass’ moment,” Jaye continues. “‘Part One‘ saw her coming to consciousness and fighting her way through the world. In ‘Part Two’, all bets are off, and we see her facing and taking a deep dive into the darkest parts of her soul. It’s an annihilation of self and reality in order to shed all that no longer serves her. She faces a choice: to either be saved or to save herself.”

Watch Part One: The Awakening and Part Two: The Journey on CourtneyJaye.com HERE

“This is spiritual music for weirdos …” That’s how Courtney Jaye sums up her forthcoming album, Hymns and Hallelucinations. And there couldn’t be a more apt description. Don’t be confused, though — this isn’t a “religious” album, per se. But skimming the track listing, you could be forgiven for thinking as much (“Let There Be Light,” “The Kingdom Is Inside Me,” “Take It Up With The Lord”). These songs are less about religion — or at least the fundamentalist definition of religion, with its absolutes and unflinching certainties — than it is the search for God, whatever that means to you.

Jaye began her journey years earlier, when she was just a young Jewish girl who wasn’t interested in religion and didn’t want a Bat Mitzvah. She made a deal with her parents, promising that if they let her skip the formalities she’d find God in her life in some way. They said yes and she never looked back. She went from following the Grateful Dead to studying Native American culture in Arizona, learning to find God in every chirping bird, crashing ocean wave and epic Jerry Garcia solo. That was the God that Jaye felt connected to, not the one preached about in organized religion, which always felt so exclusionary and invidious and judgmental to her. She believes there is something higher than us and it’s guided by love and the universality of every living thing.

Jaye found the courage to make Hymns and Hallelucinations from her old friend, the late “Ikey” Owens, a Grammy-winning keyboardist for The Mars Volta and Jack White. When she had doubts about making a “gospel” record, Owens encouraged her to take the risk and even offered to produce. He passed away unexpectedly shortly thereafter, and she knew she had to finish this record in his honor. Producing the album herself, Jaye is accompanied by the support of musical director William Tyler (Merge Records), Jack Lawrence (The Raconteurs), Loney John Hutchins, Luke Schneider (Third Man Records), Mikaela Davis (Rounder Records), and mixed by the genius of Tucker Martine.

Hymns and Hallelucinations is inspirational music for anybody who’s had a shitty year (or shitty years) and they’re looking for any sign of light at the end of the tunnel. While these songs don’t offer all the answers, hopefully, they can make you feel connected to something inside yourself again. Because that’s where you’re really going to find God, isn’t it?

“I had to go through a lot of crazy shit and many near-death experiences — personally, artistically and professionally — to discover who I really am,” Jaye says. “Hopefully the record will save some people the trouble.” 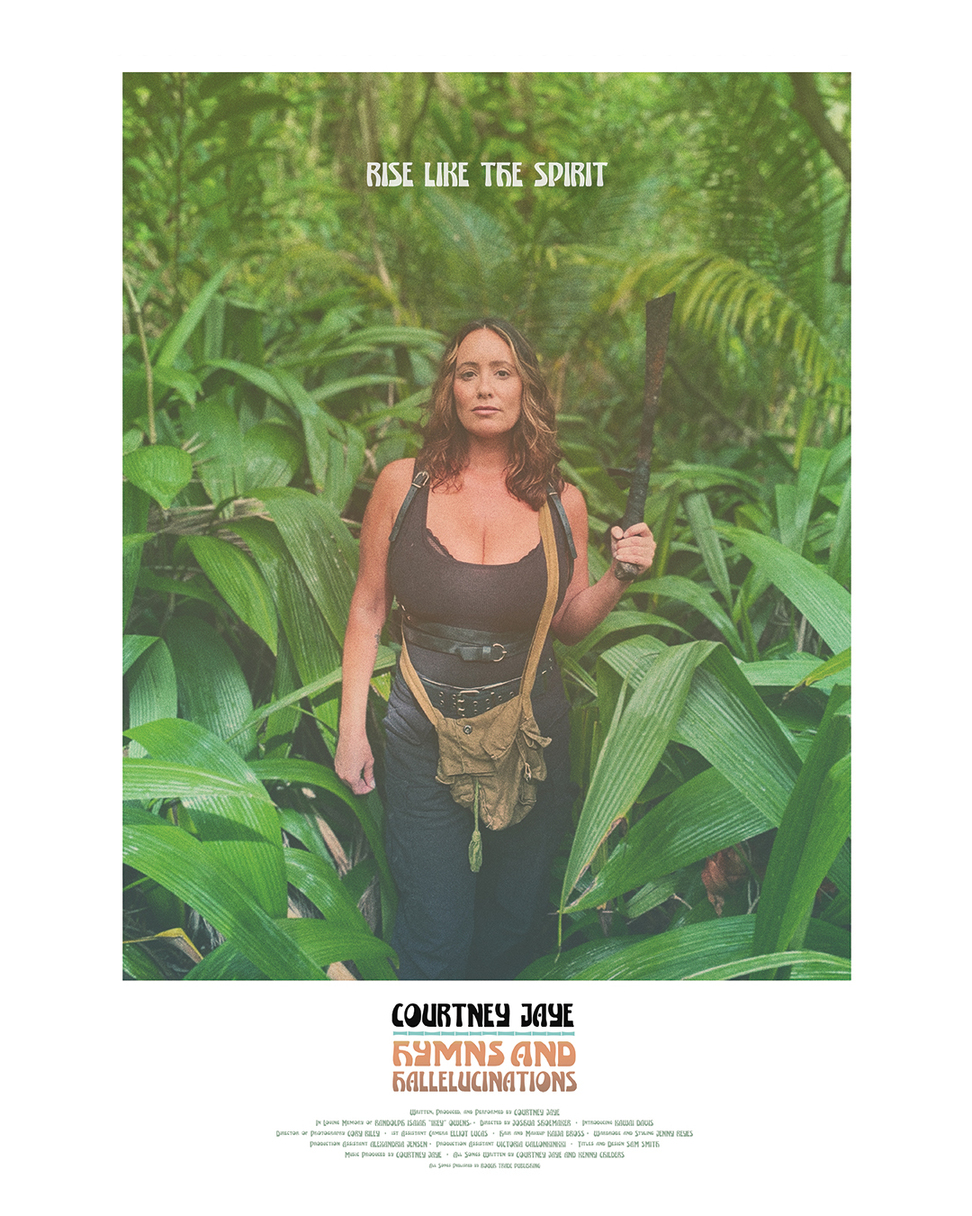