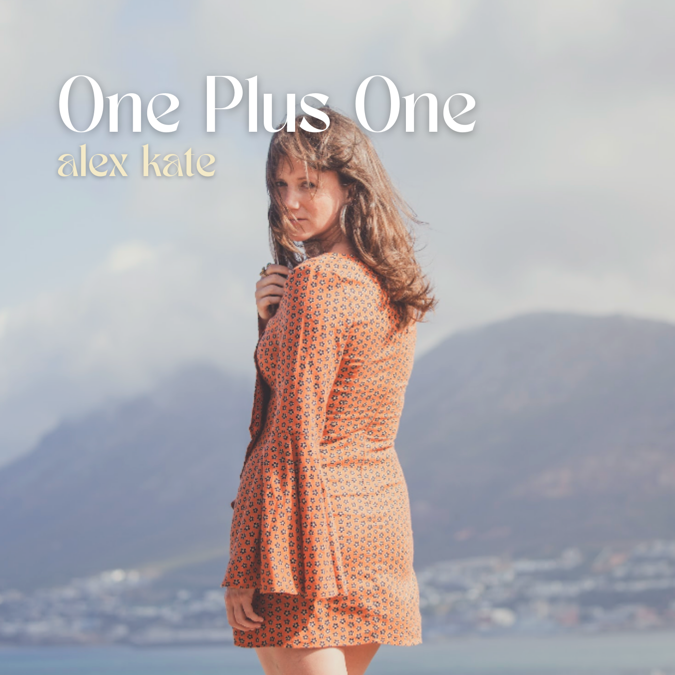 With the days getting longer and warmer, singer-songwriter Alex Kate could not be more excited to share her new single One Plus One, available here. One Plus One follows Alex’s previous release, a cover of the infamous Fleetwood Mac song Dreams.
One Plus One was written in collaboration with Alex’s writing partner Heather Crawford who some may know as Jessie Reyez’s Guitarist, currently on tour with Billie Eilish. Together, they wanted to try to encapsulate a nostalgic summer track which everyone can relate to. Alex remembers about the writing process: “I asked Heather to describe her childhood summers and she explained that she would spend them at a Lake near her house in Toronto. There she met her first crush and described the way that they felt like the only people in the world. It was like one plus one, the only maths equation you need when you are in love.”
The new single is the result of one Zoom writing session between Alex and Heather. Originally planned to be pitched to another artist, Alex liked the song so much that she kept it for herself.
The single comes alongside a captivating visualiser which was filmed while Alex spent some time in South Africa for her brother’s wedding. Alex was able to find two actors who were a couple in real life and director Freddie Reed managed to capture the young and innocent love perfectly – watch here.
Her producer Jorgan Manke says about working with Alex for the creation of One Plus One: “What could be better than a love story? Make it into a song and add some groovy beats to it! Definitely one of my favourite songs this year, and it was an honour to get to produce this for Alex. She has the perfect voice for this, that reminds me a lot of awesome Kate Bush. Grab your loved one and dance the night away with Alex Kate’s One Plus One.”

Alex has been gaining an increasing following on tiktok with 7400+ followers. She has been making waves with her three random word songs that use words given by her fans and she quickly makes them into a little song for them. In the lead up to One Plus One she has been turning peoples childhood summer crush stories into catchy tunes.