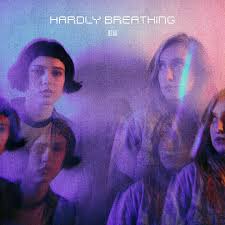 May 13, 2022 (Los Angeles, CA) –  Range Media alternative pop recording duo Beau today release their brand new single “Hardly Breathing” through their partnership with Virgin Music Label & Artist Services.
Beau’s masterful songwriting is on full display in “Hardly Breathing”. The duo’s lush voices reel you in immediately with hauntingly beautiful melodies crescendoing into the climax of the song where a distorted guitar overtakes the piano and drums. The song is a perfect summer song that gets you dreaming of being on a windswept beach.
Beau says, “‘Hardly Breathing’ was written on a hot summer day in Brooklyn, where the melody came all at once. It’s an intense journey of bittersweet love. Love takes courage, and it’s a wave you ride.”
“Hardly Breathing”’ follows the release of their EP Forever, which was released in February 2022. Forever amassed over 350K streams on Spotify and the new single is expected to continue that success.
Beau have received praise for their releases over the past few years from numerous tastemaker publications including: The New York Times, Paper,  NME, Noisey, W Magazine, Vanity Fair, and more. Forever was reviewed by Atwood Magazine who said, “Sweetly cinematic and intimately tender, Beau’s radiant new EP is an emphatic, exhilarating return that reminds us both how and why we fell for the NYC duo in the first place: Marrying catchy, colorful indie rock with deeply cathartic emotion, Forever is as vulnerable as it is wondrous: A stirring four-track release that leaves our curiosity piqued and our hearts hungry for more.”
Beau has toured the world opening for acts including the Voidz, Miike Snow, Børns, Edward Sharpe and have become well known staples in the fashion world, performing at fashion shows in Paris for Chloe and in NYC for Rebecca Minkoff.
Beau will be releasing more new music in 2022 and will be announcing new tour dates as the year goes on.
Keep up with Beau on Socials
INSTAGRAM | FACEBOOK | TWITTER | YOUTUBE