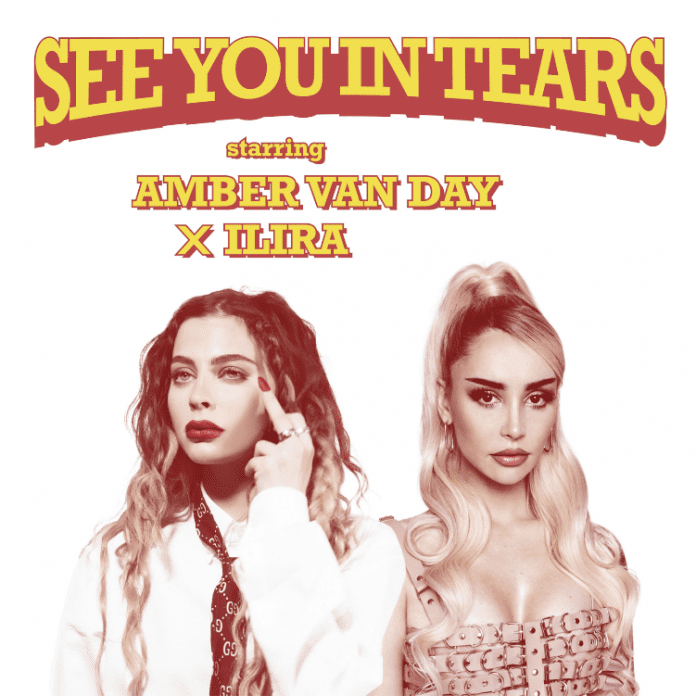 April 2, 2021 – Following her global Shazam success, Amber Van Day teams up with Ilira for the girl boss anthem “See You In Tears.” After her debut single “Kids In The Corner” was featured in the epic opening scene of the No. 1 Netflix series “Fate: The Winx Saga” a few weeks ago, Amber Van Day has conquered the Global Shazam Charts. With the next highlight already on the way, Amber Van Day has teamed up with singer and songwriter Ilira to write and record the catchy pop anthem “See You In Tears” in the midst of the lockdown. But beware: these two ladies did not come to play. Listen HERE.

Amber Van Day and Ilira, a native of Switzerland with Kosovo-Albanian roots, have a clear statement to girls who make a pass at their boyfriends. Looking at him is kind of where they draw the line: “Like a puppy/in the window/he’s irresistible/so you want him/like I want him/but you’re delusional.” The collab came to life after Amber Van Day and Ilira realized that they are big fans and have been following each other on Instagram for some time now.

Amber Van said, “I absolutely loved working with Ilira. We wrote a couple of songs together over lockdown and ‘See You In Tears’ just felt like the song with the most sass! Ilira is such a great writer and I’m obsessed with her voice too. You could say we’re both a bit ‘out there’ and not afraid of pushing boundaries. She’s a SERIOUS boss and empowers me as a female in the industry!”

Ilira continued, “I have been following Amber’s career for a long time. You could say I was a little fan girl of Amber’s. When we had the zoom session, I was in Switzerland at my parent’s house, the other co-writer was in Berlin and Amber was in London, so it was a very international constellation. I find Amber to be just like me when it comes to perfectionism and passion. I really feel connected to her especially character-wise. We are both ambitious women in an industry full of men, we just get each other.”