Ottawa, Canada-based, award-winning singer-songwriter Lynne Hanson is set to release her ninth studio album, Ice Cream in November, on April 22, 2022. The independent release on Hanson’s Panda Cave Records marks a bit of an evolution for her. While not abandoning her Americana roots, Ice Cream in November continues the sonic shift that permeated her 2020 release, Just Words.

“I don’t want to keep making the same record over and over again,” Hanson says. “Getting outside of my artistic comfort zone and trying new things is what keeps things fresh for me at this point in my career. Over the course of the last three or four years, I think I’ve grown more adventurous with the kinds of songs I’m writing and the production approaches when recording them. I think this is one of the reasons that I still get excited about writing songs and making records. On the new album, there are definitely production techniques and sounds that you would never have found on some of my earlier recordings.”

This continued musical exploration lends a more contemporary sound to Ice Cream in November, one that incorporates synthesizers, ethereal guitar pads, and even the odd electronic drum track, all co-existing quite beautifully alongside Hanson’s trademark whiskey-soaked alto. Co-produced and engineered by Hanson and multi-instrumentalist Blair Michael Hogan, and mixed and mastered by Grammy-nominated sound engineer Phil Shaw Bova, the album was recorded by Hanson and Hogan in their respective home studios over a two-month period in late summer 2021.

Hanson plans three singles from the album in advance of its release. To whet fans’ appetites early, the first single, “Shadowland,” a surfy, Hank Marvin-Esque guitar and spaghetti western song, was released in October of 2021. Americana Highways premiered the track and video and wrote, “With shades of ‘Rawhide’… this song, with its music and its story, will stick with you.”

The second single, the fresh-but-retro “Hip Like Cohen,” is set for release on February 25th. The song and video premiered earlier that week at Americana UK. “Hundred Mile Wind,” an Americana stunner and the third single, will be released on March 25th, and Americana Highways will be premiering the song several days before that.

If the disparate sounds of the three singles didn’t already share the memo, the songs on Ice Cream in November cover a broad range of genres. “In on a Wing” and “One of Those Days” have an indie-rock feel to them, with tongue-in-cheek lyrics that are unpredictably clever. Longtime fans will be happy to know the Hanson trademark red dirt is alive and well in tracks like “Birds Without a Feather.” Listeners may find themselves hypnotized by the dreamy hooks of the title track, “Ice Cream in November,” or lost in thought at the questions posed in “Orion’s Belt”: “Like why do songbirds like to sing / Why quicksand isn’t quick at all / And space and time is a relative thing.” And while Hanson still touches on heartache, songs like “Dominoes” and “This Heart of Mine” have a lot more swagger than sorrow to them.

Hanson began touring with Hogan, an in-demand session musician, in February 2020, and the two began co-writing together in January of 2021. Nine of the 12 songs on Ice Cream in November are Hanson/Hogan co-writes. The writing collaboration started when Hanson offered to add a vocal melody and lyrics to an instrumental piece Hogan had posted on social media. This song would eventually become the title track to the new album. “It was an entirely new process for me to have to not only co-write remotely but to develop lyrics and a vocal melody to a song structure that already existed,” says Hanson. “And, in some cases, I was working with chord progressions that may not have been what I would have chosen. It was challenging and liberating at the same time, and it really got me out of the writing funk I was in.” At some point during the writing and demo-ing process, the pair decided to record the album.

Hanson is no stranger to recording. Since 2006, she’s released eight studio albums – including Heartbreak Song for The Radio, a multi-award-winning album which she co-produced as one half of The LYNNeS. But there’s a big difference between being in the studio and actually being responsible for capturing audio. “The idea of self-engineering my own album was terrifying,” says Hanson. “Prior to 2020, I had never even owned a single piece of recording equipment. So having a talent like Phil ready to mix and master the album gave me the confidence that we could actually do this ourselves.”

Hanson felt that her recording experience, paired with Hogan’s versatility as a musician, meant they could track the majority of the album themselves. The drums were another story, however. “We knew we wanted real drums on the album, and that was definitely above my pay grade to record properly, so we were really excited when Phil also agreed to lay down the drum tracks,” Hanson says. While they played the lion’s share of the instruments on the album, Hanson and Hogan also enlisted the help of a few other musician friends, some of whom include Peter Klaassen on upright bass, Steve Marriner (MonkeyJunk) on harmonica, Raphael Weinroth-Browne on cello, and Caroline Brooks (Good Lovelies) on backing vocals.

Not having the pressure of being on the clock in a commercial studio where time is money, Hanson had the freedom to experiment with arrangements, sounds, and instrumentation on every track. But there was also a downside to having no time limit. “With a home studio it’s possible to endlessly tinker with a song,” she says. “At one point I had to really hunker down and set deadlines and a schedule just to be able to get each song to the finish line. But all in all, I have to say that I’m really proud of what we’ve accomplished with this album, both in terms of the songs themselves, as well as the quality of the production.”

Hanson plans to tour in spring and summer. Confirmed tour dates are listed below; fans should check her website and social media for more information. 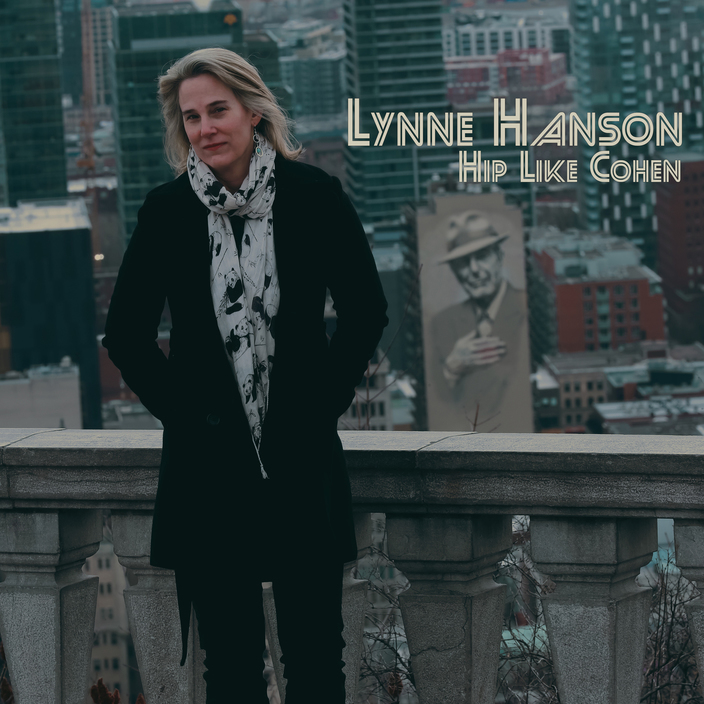