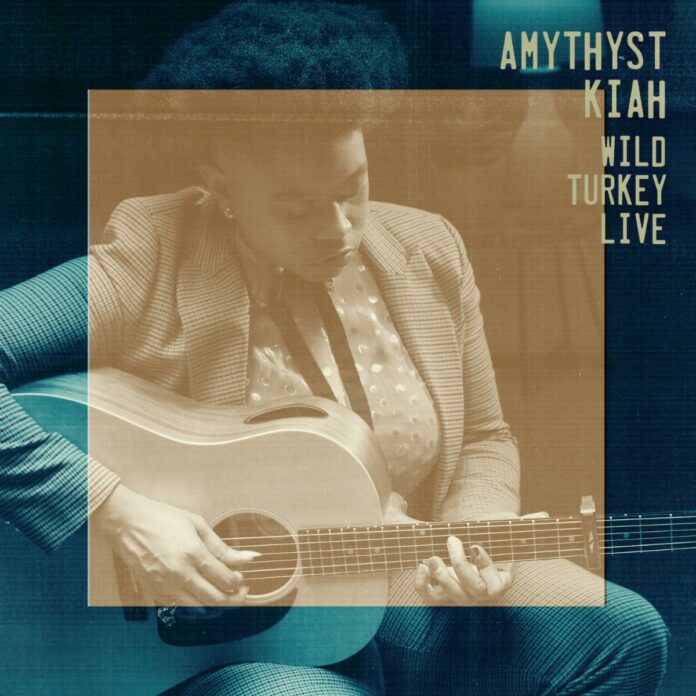 Wary + Strange has been widely hailed as one of the best releases of the past year. “Wild Turkey,” a stark recounting of her mother’s death and its aftermath, has been singled out for its unflinching honesty and heartbreaking beauty. Writing in Pitchfork, Maura Johnston noted, “Kiah’s independent spirit, vast talent, and musical savvy yield dazzling results on this, her Rounder debut: Wary + Strange is a rock album that doesn’t play by anyone’s rules but her own.” Zeroing in on “Wild Turkey,” she observed, “When Kiah asks, ‘Oh Lord, will I ever feel right again?’ the song breaks open in a surfeit of complex emotions.”

Watch the performance from Studio 615 HERE

Watch the performance from the Gibson Garage HERE

“As I reflect on this song, I realize that while my traumatic experience doesn’t define me, it has taught me an important lesson. In order to have more patience and compassion for others, I have to also give those kindnesses to myself,” said Kiah. “That is, of course, easier said than done, but I believe it is worth the effort to try. The fact that this song has connected with so many people dealing with something similar – or just dealing with a trauma that’s taken years to shake out – has been a humbling reminder of the importance of recognizing our collective humanity, and not to lose yourself in the past. If you are lucky enough to survive, take what you learned and continue this wild journey called life.”

Kiah is among the artists who appear in the upcoming documentary For Love & Country. The film, which examines country music’s evolution through the lens of a new generation of Black artists, will be available globally on April 7 via Amazon Music and Prime Video. Kiah recorded an acoustic version of her Grammy-nominated song “Black Myself” for the film, which is available as an Amazon Original HERE.

Late last year, the Americana Music Association marked the 20th anniversary of its annual Honors & Awards program with a concert event at Nashville’s historic Ryman Auditorium. On Saturday, April 2, PBS stations nationwide will premiere a special edition of Austin City Limits featuring highlights from that concert, including Kiah’s performance of “Fancy Drones (Fracture Me).” The special will be available to stream online beginning Sunday, April 3 at pbs.org/austincitylimits.

This spring and summer, Kiah is slated to perform at a number of music festivals including High Water, Stagecoach, FreshGrass, Palomino, and FloydFest. On May 10, she will join Brent Cobb, Amy Ray, and friends for the 9th annual Georgia on My Mind benefit concert at Nashville’s historic Ryman Auditorium. A full list of confirmed dates is below. New dates will be announced in the coming weeks.