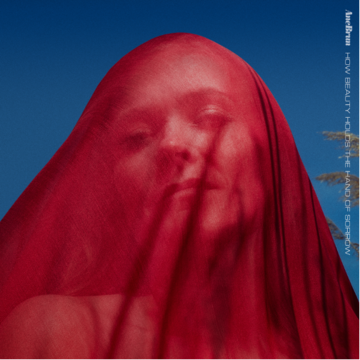 November 30, 2020—The new album from critically-acclaimed Norwegian artist Ane Brun, How Beauty Holds The Hand of Sorrow, is out now; Listen/stream HERE.

How Beauty Holds The Hand of Sorrow is the second in a series of two new LPs from Brun, with After The Great Storm out now to critical acclaim; Listen HERE.

Of the album, Brun explains “when it comes to slower, softer, more melancholic music, I love listening to albums or playlists that put me in a specific mood just by offering me a good 45 minutes of that ‘cool down’ state of mind.”

Originally intended to be a double album, Brun’s time in quarantine during the pandemic allowed her to reassess this concept and ultimately decide to separate the recordings into two collections. “I’m so excited to finally share the news about my upcoming releases,” Brun says, “I’ve produced and recorded these albums mainly together with Martin Hederos and Anton Sundell… we had so many songs we loved, taped and ready, and none to throw away, so I decided to split them up into two separate experiences, into two separate albums.” Find additional info and pre-order both albums HERE.

“Both albums deal with the bigger questions in life,” Brun describes, “but in 2020 these questions have become even bigger. Even though I wrote most of them before this whole pandemic started, I feel they all have a message that fits the situation we’re in: frustration over the state of the world, how to grieve for a loved one, existentialism, love, relationships, loneliness, inner struggles, sleepless nights…I guess they’re just about being human.”

Ane Brun has released twelve studio albums over the last fifteen years via her own imprint, Balloon Ranger Records. 2017’s Leave Me Breathless was a collection of covers, featuring reinterpreted versions of hits from Radiohead, Joni Mitchell, Nick Cave, Bob Dylan and more. That same year, Brun was invited to perform at the Nobel Prize Dinner and Polar Music Prize Ceremony, and in 2018 at the Nobel Peace Prize Ceremony. NPR’s “All Things Considered” called 2015’s When I’m Free her “best record yet…her most sonically ambitious.” Her second album A Temporary Dive, which was released in 2005, earned her the Norwegian Grammy for Best Female Artist. The New York Times raved about 2008’s Changing of the Seasons, saying the album “offers the kind of comfort that only well-versed singer-songwriters can give. An album full of sad songs to revel in as the days grow shorter and colder, Seasons is Brun’s strongest work yet.”

HOW BEAUTY HOLDS THE HAND OF SORROW TRACKLISTING:

3. Song for Thrill and Tom

4. Meet you at the Delta 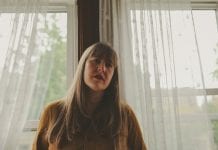 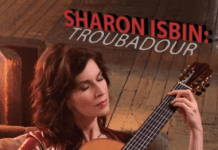 TO ALL THE BOYS: ALWAYS AND FOREVER (MUSIC FROM THE NETFLIX FILM) SET FOR FEBRUARY 12 RELEASE VIA CAPITOL RECORDS