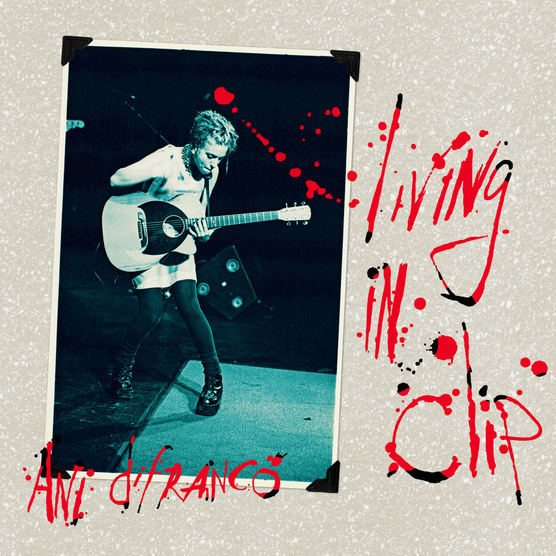 Nashville, TN – Singer/songwriter/feminist/activist/author Ani DiFranco is celebrating the 25th Anniversary of her seminal first live album Living In Clip with the remastered singles “32 Flavors” and “Willing to Fight” available today on DSPs HERE. DiFranco’s label Righteous Babe Records is also offering a 25th anniversary, remastered edition of the landmark double album on July 29. This marks the first time the breakthrough recording will be available on vinyl (3 LPs), which will include a new album cover and never previously seen photos of Ani, her band and crew from that era. Twenty-five years later the album is recognized as a point of entry that radically expanded DiFranco’s audience, and a historically important testament to the relationship between Ani as a live performer and the devoted community she created with her fans. Pre-order HERE.

Affectionately named after the state of stage amps about to blow out, Living In Clip was originally recorded from performances in nearly two-dozen venues from 1995-1996 (around the release of Dilate), offering the intimacy and power of a live show with over two hours of music including intermission and encore. Originally released on April 22, 1997, the album features DiFranco, Andy Stochansky on drums and Sara Lee on bass (Gang of Four, B-52s, Indigo Girls).

About Living In Clip, DiFranco notes, “you don’t know when you are making a thing if it is a good thing or a not-so-good thing. you don’t know if it will connect with people and have meaning for them or if it will only have meaning for you, in the end. while i am being creative, i try to worry about my score as little as possible (as judging can get in the way of doing) but after the fact, of course, it all becomes clear. i have come to understand that living in clip connected with a lot of people, that it opened doors for me and radically expanded my audience. it was a record that served as an entry point for so many, into my life and work, and so i am very grateful that i made it. i am grateful to all the people who helped me, especially my man goat. it was an odd move to make- to put out a double live album just as my star was rising and my studio recordings were only just beginning to find distribution, but as with much of my life, some of my oddest moves have been the best ones. i love living in clip because, in all its looseness, it feels accurate. it feels native to the place i come from and the place where i basically still live. i don’t know what that place is called but, starting around the time of this release, i knew i was not alone there.”

DiFranco kicks off a round of summer tour dates, beginning June 17 in Santa Fe, NM. She will be joined by supporting artists Rainbow Girls and Abraham Alexander on her June west coast tour. Then picking up later in July are her Righteous Babe label mates Gracie and Rachel, Zoe Boekbinder, and Jocelyn Mackenzie, who are uniting for a special ensemble performance as The Righteous Babes, collaborating on one another’s songs arranged specifically for their tour with Ani. DiFranco says, “i am so excited to hit the road with the righteous babes, a supergroup of artists who have all found refuge under the righteous babe umbrella. all are friends and all are kick-ass. we are going to have some fuhuuuun!”

Widely considered a feminist icon, Grammy winner Ani DiFranco is the mother of the DIY movement, being one of the first artists to create her own record label in 1990. While she has been known as the “Little Folksinger,” her music has embraced punk, funk, hip hop, jazz, soul, electronica and even more distant sounds. Her collaborators have included everyone from Utah Phillips to legendary R&B saxophonist Maceo Parker to Prince. She has shared stages with Bob Dylan, Bruce Springsteen, Pete Seeger, Kris Kristofferson, Greg Brown, Billy Bragg, Michael Franti, Chuck D., and many more. Her memoir No Walls and the Recurring Dream was released in May 2019, and DiFranco released a No Walls Mixtape alongside the book, offering a new take on songs related to the memoir. Her last album was 2021’s Revolutionary Love. 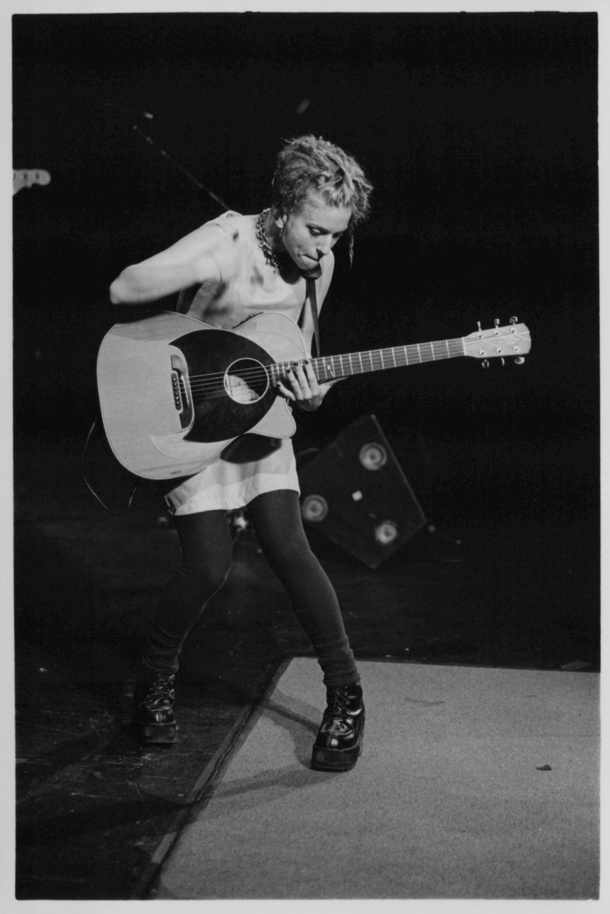