Home News Music News ANNA SHOEMAKER’S DEBUT ALBUM, EVERYTHING IS FINE (I’M ONLY ON FIRE), OUT... 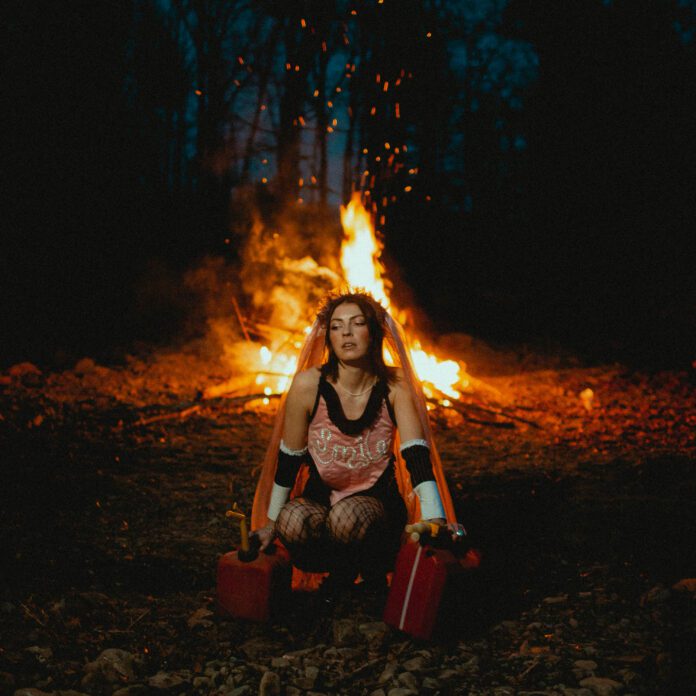 Brooklyn-based singer and songwriter Anna Shoemaker‘s highly-anticipated debut album, Everything is Fine (I’m Only on Fire), is out today on +1 Records. In conjunction, she is also revealing the official music video for the album’s focus track, “Until I Die.”

Everything is Fine (I’m Only on Fire) captures the complexities of young adulthood. It’s an exhilarating display of innovative sounds, killer pop hooks and razor-sharp lyricism. Throughout, Anna wades through the emotional territory of growing up, reflecting on love, loss, toxicity, heartbreak and mental health. Ultimately, the album is a portrait of Anna coming into her over the past few years, as both a musician and as a young woman.

Described by NYLON as “Brooklyn’s own Olivia Rodrigo,” Anna Shoemaker has quickly emerged as the next indie-pop darling to watch. Combining alt-leaning production, intoxicating pop melodies and notably honest lyricism, her songs capture the turmoil, charm and introspection of young adulthood. Over the past few years, Anna has become a main player in New York City’s indie music scene alongside artists like Middle Part and Richie Quake and producers like Kristos and Invisible Will, all of whom played a part in bringing Anna’s album to life. “I’m really grateful to have this community of artists around me. It’s really shaped me as a person,” Anna comments. “I think there’s something special about New York where everyone is simultaneously supportive yet minding their own business. Everyone is telling their own story and it’s cool when they get intertwined.”

Anna will be performing songs from Everything is Fine (I’m Only on Fire) at her upcoming record release shows in New York at Elsewhere Zone One on March 18th and in Los Angeles at Baader House on March 24th.

Listen to Everything is Fine (I’m Only on Fire):
https://empire.ffm.to/everythingisfineimonlyonfire