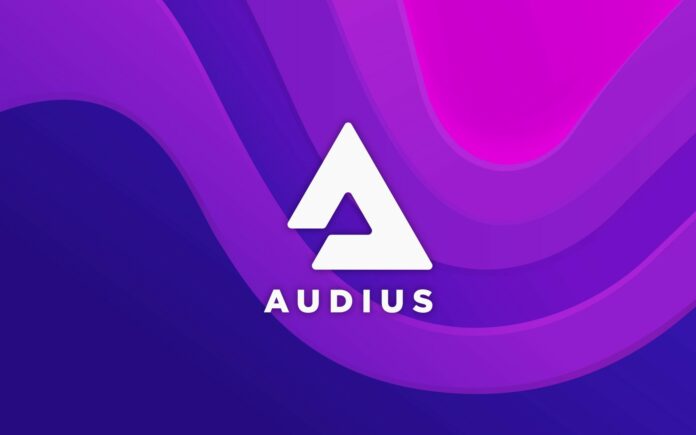 February 16, 2022 – Artists uploading their tracks to Audius are in for a fun surprise; same goes for the 6 million users listening to exclusive new music on the platform every month.

Today Audius is announcing $AUDIO Rewards, a gamified feature set that allows seamless distribution of the $AUDIO token to the platform’s top artists, fans, and curators simply for using the platform.

This is an unprecedented move in the decentralized web landscape, Audius CPO Forrest Browning said, where the user ceases to be a commodity of attention and starts actively benefiting from the platform’s growth and added features.

In the new rewards system, fans and artists will be given $AUDIO cryptocurrency tokens for taking certain in-app actions, such as inviting their friends, downloading the mobile app, daily listening streaks, uploading their songs, and much more. In doing so, Audius is fostering an environment where artists can create what they love and receive both instant recognition and $AUDIO rewards, and where the fan knows they are supporting their favorite artists while earning $AUDIO, as well.

Challenges will continue to be modified and more ways to earn will be added as the program goes on. This will ensure that the $AUDIO is constantly distributed to actual Audius users engaging on the platform who will eventually use it to unlock all kinds of elevated experiences within the ecosystem.

Major artists Cheat Codes, Aluna, RAC, and Alina Baraz are already getting in on the rewards, and encouraging their fans to do the same.

Kevin Ford of Platinum-selling DJ trio Cheat Codes expressed his excitement, saying, “We don’t work in tech, we’re not coders. What we are, though, is an independent band who loves our fans and we’re always looking for ways to interact with them and give them something they’re not getting elsewhere. That’s why we’re so excited about $AUDIO Rewards; Audius makes it so easy for fans of music to begin interacting with and benefitting from web3. We’re hoping this new era really strengthens the relationship we have with our listeners and vice versa, we want to be able to say thanks in new ways.”

Browning expects artists and fans to be excited about this feature not only for what is being presented today, but what it means for Audius moving forward.

“$AUDIO Rewards is not monetization, but it is one of the first big steps towards progressive monetization on Audius in 2022,” Browning said. Previously much of Audius was on the Ethereum blockchain, which was cost-prohibitive to passing out small amounts of tokens. However, recently Audius has been migrating much of its operations to the more cost-friendly Solana blockchain. “This migration to Solana is laying the groundwork to eventual micropayments and actual monetization in the future.”

Polyhyphenate musician Aluna loves how the evolving uses of the $AUDIO token are able to add new dimensions to roll-out plans, stating “​​Although I’m a singer and producer mainly, over the past couple of years I’ve DJ’d my way toward a diverse dance vision that’s now becoming a reality. Things are changing so rapidly – I wanted a platform where I can put my mixes up online while also keeping up with the movements of web3. Now that people can use the $AUDIO token on the platform things are gonna start getting really interesting and I’m so excited to watch it unfold.”