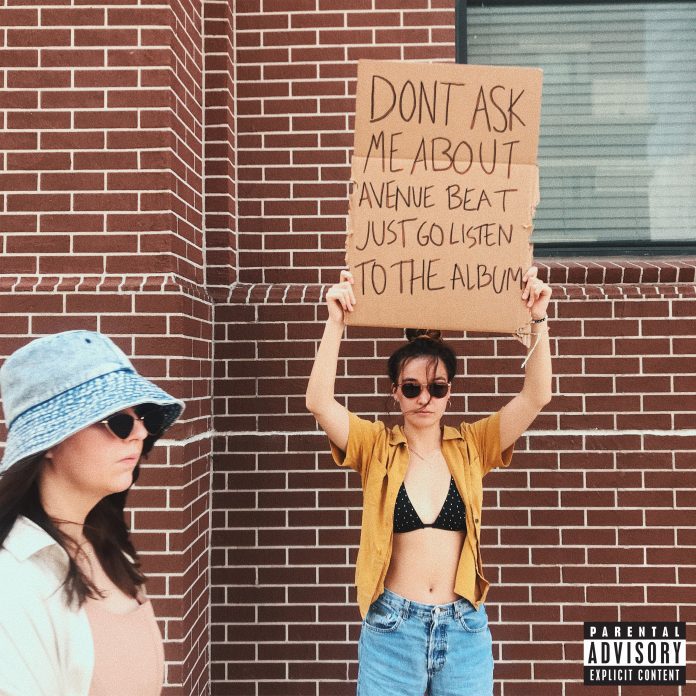 NASHVILLE, TN (September 24, 2021) – Avenue Beat’s Sami Bearden, Savana Santos and Sam Backoff established themselves DIY girls with a take on culture malaise, social injustice, the torque of the daily grind and the ironic role of pop music to clean up the things Adderall, Ritalin and Xanax can’t touch. Given their gift for whipping up loops, grooves and cheap keyboard sounds threaded with wry commentary, it makes perfect sense to gild their break-up with their first album.

“Just because we’ve done everything we’re going to do as Avenue Beat,” says Backoff, “that doesn’t mean we don’t want to mark what happened over the last eight years. We have written a lot, released a bunch of music and created enough songs from our lives that other people feel, too, it wouldn’t be right to stop this without putting a record out.”

“this is goodbye,” a harmony-forward ballad, serves as an elegy to the adventures, the surprises and the laughter. Featuring vocals from friend and “unofficial” fourth Beat Summer Overstreet, the song waves good-bye to their collaboration, the DIY videos, in-the-moment songs and a friendship that sustained all three girls throughout their time on a major label.

“There’s no real drama,” offers lead singer/producer Santos. “Sami decided this life wasn’t for her. She didn’t like what it was, and it was time for her to stop. So it was time for this to stop. We didn’t really see it coming, but we wanted to support our friend.”

“And we’re so glad we got to finish the journey with these songs,” Bearden explains. “It’s all here, and it tracks us from ‘F2020’ to the very end. It’s hard when you know it’s time to go, because I’m leaving two people I really love. But I also know this is not where I need to be.”

NYT critic Jon Caramanica concurred, writing, “‘F2020’ is a tenderly sung soundtrack of the march to oblivion that this cruel, vicious, unsparing year has been.” With that momentum, the trio followed with the femmepowering “woman,” celebrating body positivity and girl power and the wing-woman truth “I don’t really like your boyfriend.”

Just three girls sorting through their own discouragement, dysthymia and disgust made the Indiana theater nerds the voice of a generation tired of the hype, the blame and the flattening of how we live. Backoff explains, “All we ever did was process our lives through these songs. There was no master plan, no big set-up or ideas. Just this happened, now here’s a song.”

“And now here are the last songs,” Santos picks up. “This is how it ends. Nobody saw it coming. There’s nothing else to say. But for the people who’ve been in here with us, it’s the craziest thing of all: actual closure. Everything you never get to say, it’s in these last few songs.”

With additional production from Julian Bunetta, known for his work with One Direction, Rita Ora and Fifth Harmony, Avenue Beat delivers a pop gem that sparkles with all the phases of being friends, fed up and over. Friends forever, the debut farewell album is three young women’s trip through the record business all the way to the very end.

the debut farewell album is available for pre-order now, ahead of its October 15 release via Big Machine Records.