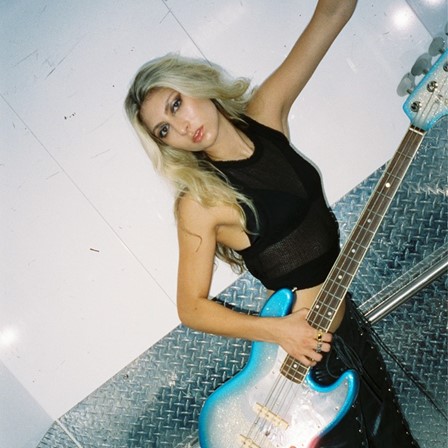 Ahead of her upcoming North American headline tour, bass prodigy and burgeoning pop icon Blu DeTiger unveiled her upbeat new single, “Elevator.” Using an elevator ride as a metaphor for escaping a draining relationship, she delivers a spacy, infectious kiss-off and revels in the instant boost to her outlook. Listen HERE.

“‘Elevator’ is an upbeat, tongue-in-cheek way of expressing how I feel when I’m stuck in the elevator (of life). It’s about moments when I’m down and need to be taken back up,” explains Blu DeTiger. “The song is about turning a bad situation, like being caught in an elevator with someone you don’t like or just feeling down, and going through it and getting past it. It’s encouraging. The lyric ‘I could be a big shot too’ reminds me that I can take control of my own journey and path.”

Blu redefines elevator music in the visual, which she shot in a Los Angeles elevator with director Christina Bryson (blackbear, Sedona, Bailey Baum). As she performs the track, the lift takes on and drops off an assortment of riders, including influencer Vinnie Hacker and musicians Alexander 23, Rebecca Black, Uffie, Chromeo’s Dave 1, Gavin Bennett (Bad Suns) and Rex DeTiger (Blu’s brother). View “Elevator” HERE.

“The concept for the video was simple – get me and my friends in an elevator and see what happens,” says Blu. “We had so much fun making this and I think that comes across.”

After playing some of 2022’s biggest festivals, including Life is Beautiful, Governors Ball, Bonnaroo and Electric Forest, Blu will spend the fall headlining some of North America’s most iconic intimate venues. Kicking off on November 3 at Royale in Boston, the run will include shows at Metro in Chicago (November 8), Fine Line in Minneapolis (November 9), the El Rey Theatre in Los Angeles (November 18) and the 9:30 Club in Washington, DC (November 30). She’ll wrap up the tour with a hometown show at NYC’s Webster Hall on December 3. Tiffany Day will support on all dates. See below for itinerary. Tickets are on sale HERE.

“Gen Z’s queen of the bass delivered funky bass lines and dreamy vocals … Life is Blu-tiful,” said Rolling Stone, praising her performance at Life is Beautiful. Check out her backstage interview from Rolling Stone’s Twitch livestream HERE. Billboard said, “The bass prodigy was dreamy, funky, poppy heaven on her own tasty songs such as ‘Cotton Candy Lemonade,’ ‘Toast with Butter’ and ‘Crash Course’ — and then with covers of Gorillaz, OutKast and M.I.A.” Named one of the emerging artists “PEOPLE will be jamming out to all summer,” she also played Red Rocks with Chromeo and completed a massively successful European headline tour.

“Elevator” follows “Crash Course,” Blu’s collaboration with Biig Piig, which Magnetic Magazine hailed as “a dance-floor-ready jam.” Consequence of Sound said, “The appropriately named ‘Crash Course’ moves at an electrifyingly quick pace, complete with DeTiger’s usual funk bass and some delightful auxiliary percussion. It’s refreshing to hear both artists turn the tempo notch high while retaining their respectively cool styles, always effortless and wonderfully stylish.” Ones To Watch noted, “As the ‘it girls’ in their respective US and UK lanes, this collaboration is lightning in a bottle.” Check out the video HERE.

Born in NYC, Blu was drawn to the bass early on. She took the stage at CBGB, prior to the iconic club’s closing, when she was only seven. By 17, she was a staple in the city’s creative scene. While playing in a multitude of bands, she also distinguished herself as a DJ, playing live bass during her sets. By early 2020, while also writing and producing her own music, Blu was cutting her teeth touring around the world with a variety of artists. After catching Jack Antonoff’s eye, she played “Saturday Night Live” with Bleachers and joined him at Bonnaroo’s Superjam.

Blu’s releases have racked up over 170 million streams to date, including the hit single “Figure It Out,” which was featured on her independent debut EP How Did We Get Here? and charted at AAA radio, made NPR Music’s Top 40 Songs of the Year, and garnered attention from i-D, Paper, Variety and Flaunt Magazine, among many others. Her musicianship and inspiring personality have been spotlighted in campaigns for such brands as DKNY, Levi’s, Fender, Smashbox and American Eagle. 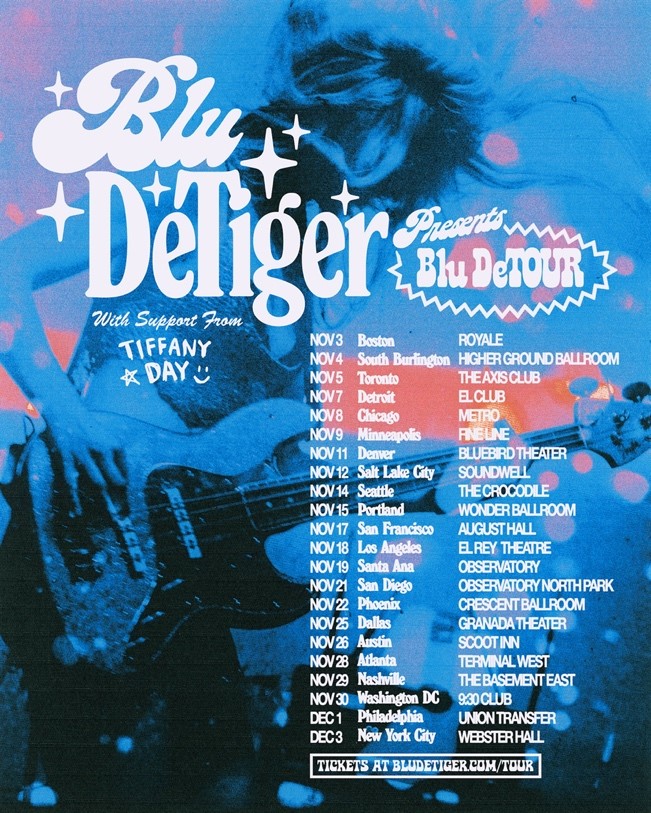