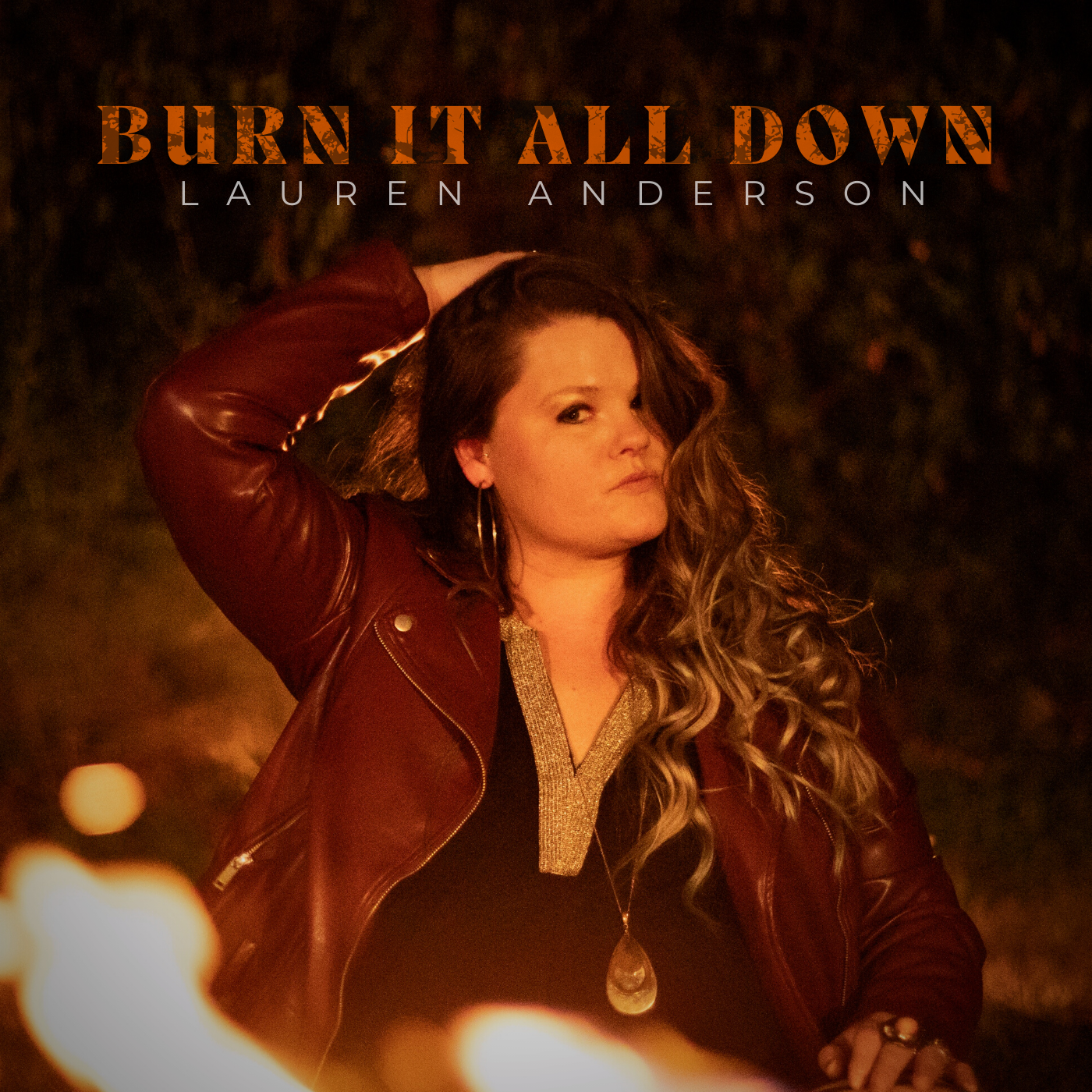 Lauren Anderson is back, with her third album in three years, Burn it all Down, out September 9, 2022.

A singer, songwriter, and blues disciple, Anderson makes music that transcends any ordinary encounter. She engages her audiences to find common ground and share experiences that are common to them all. “My goal in live performance is to offer people a good time, but also to give them something that will resonate long after,” she says. “I enjoy the exuberance and joy in making music, but I also like sharing the backstories of my songs and the emotions and experiences that allow people to relate and connect in ways they can appreciate and understand.” Indeed, Lauren has many personal experiences to draw upon and stories she shares with her audiences, inspiring those who see her to draw inspiration and encouragement.

The new album’s fiery and frenetic title track also bears special significance. “It’s a make-believe prequel to Chris Stapleton’s song ‘Midnight Train to Memphis,'” she explains. “I had to learn that song for a Stapleton showcase show I was participating in last fall. Stapleton’s song found him describing what it “s like to be stuck in jail, but it never told the full story about how he got there. As a result, I began wondering about the backstory, and I found myself writing this song. I drew it from the perspective of a waitress and bartender who works at a dive bar. She’s underpaid, disrespected, and treated poorly by a boss who doesn’t care. As a result, the main character convinces her co-workers to help her burn the bar down, and they all end up being happily carted off to jail.” Not that she advocates others follow that lead, but she is both dedicated and determined to express herself in ways that can resonate with fans and followers.

Burn it all Down isn’t about destruction — it’s about advocacy, and doing away with old-fashioned ideas and creating new possibilities in their place.” It’s little wonder then that American Blues Scene heralded her as “a determined dynamo of a performer adept at both blues and ballads.” Blues Blast Magazine opined that Lauren has a strong voice with a touch of grit…” while Making a Scene declared, “Anderson stakes her claim as an ever-evolving songwriter whose music modernizes and reinterprets the bluesy, boundary-breaking females who came before her.” But, of course, none of these accolades ought to surprise anyone who has witnessed her exceptional live performances or heard her previous recordings.

Lauren’s never been shy about sharing her influences. She draws her inspiration from an eclectic array of artists, including Bonnie Raitt, Etta James, Eva Cassidy, Nina Simone, Whitney Houston, Beyonce, and the Pointer Sisters, the many. Yet, simultaneously, she refuses to be bound by any parameters. That’s been evident throughout a career that’s found her accorded 2015’s Female Vocalist of the Year honors from the Midwest Music Awards and taking home a first-place win in the 2018 Wing Dang Doodle Competition.

Anderson’s output reflects her energy and enthusiasm. Her catalog includes three EPs — Do & Hope, The Game, and Won’t Stay Down — her full-length debut, 2015’s Truly Me, and last year’s sophomore set Love on the Rocks, which debuted at #14 on the Billboard Blues Chart, #4 on Roots Music Report and #21 on the NACC Blues Charts. In addition, the title track placed on Spotify Editorial Playlists and surpassed 200,000 streams in the first six months.

Music has played an essential role in Lauren’s life since early on. Born in Chicago, she was raised in a family where it was enjoyed and embraced. Not surprisingly, she started taking classical piano lessons at age eight. Soon after, she was singing in a choir and engaged in classical voice training, even while still in high school. After attaining a bachelor’s Degree in music, she earned a Master’s Degree in Music Therapy from the University of Kansas. She worked in a pediatric unit for seven years at The University of Kansas Hospital. After graduation, Lauren became a music therapist, working with children and at-risk youth. At the same time, she began to realize that live performance was her true calling. Anderson briefly considered becoming an opera singer but quickly decided that the world of popular music was far more suited to her style. She initially performed solo but later recruited a band to accompany her on the road. Soon thereafter, Lauren recorded a pair of singles at iconic Ocean Way Studios on Nashville’s famed Music Row. In  2017, she moved permanently to the Music City and began to tour full-time. Her efforts have clearly paid off. A dedicated devotee to making and sharing her music, Lauren Anderson knows how to share insights, instincts, and enjoyment in equal measure.