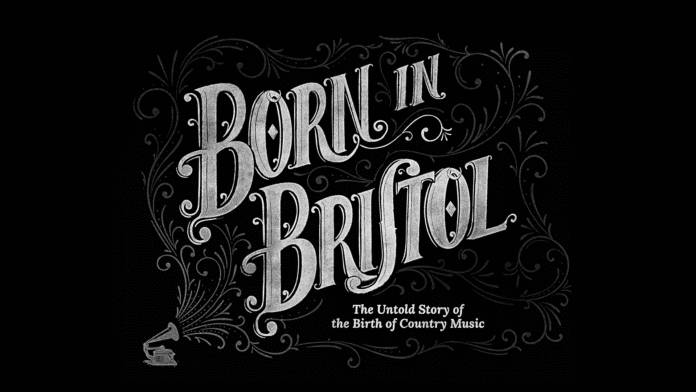 NASHVILLE, Tenn. – July 13, 2022 – In celebration of the 95th anniversary of the “Big Bang” of country music, Tennessee Tourism is partnering with Tenn.-based networks Circle and DittyTV to tell the story of country music’s most historic event in a one-hour docudrama, “Born in Bristol.” The special is set to premiere Saturday, July 30 at 10/9c on Circle Network with repeats throughout August.* It will also debut on connected devices worldwide on Ditty TV on Saturday, July 30 at 8/7c with repeats in August. The docudrama features cinematic reenactments and new interviews with artists including Ashley Campbell, Ashley Monroe, Dolly Parton, Emmylou Harris, Eric Church, Marty Stuart, Shannon Campbell, Sheryl Crow, Steve Earle and Vince Gill, as well as GRAMMY-winning producer Carl Jackson.

“Born in Bristol” relives the pivotal 12 days in 1927 when musicians descended upon the Tennessee-Virginia state line. Those recordings later became known as the “Big Bang” of country music. Musical pioneer Ralph Peer brought hillbilly music to life in a warehouse in Bristol, Tenn., recording such artists as the Carter Family and Jimmie Rodgers. Country music legend Johnny Cash declared the recordings as the single most important event in country music, responsible for the genre as we know it today.

In 2014, Tennessee Tourism and Virginia Tourism Corporation, in partnership with the  Birthplace of Country Music in Bristol, recreated the Bristol Sessions with the release of Orthophonic Joy: The 1927 Bristol Sessions Revisited featuring new recordings of the original songs by modern-day stars including Country Music Hall of Famers Gill, Harris, Parton and Stuart. The docudrama includes never-before-released interviews and musical outtakes from that historic recording.

The Bristol Sessions influenced modern-day country legends like Eric Church, who stated: “It was the first time it [country music] was recorded, it was documented, and it was the bible of country music. It is still the bible for country music.”

“As a county music musician, it was kind of our genesis,” said Marty Stuart. “The Bristol Sessions was kind of the formal ‘how do you do’ to the world. It absolutely was the blueprint of what country music has become.”

“Those were songs that I grew up with and knowing and it influenced the way I write,” noted Dolly Parton. “But they’re really simple songs – ordinary songs about ordinary people. But they’re told in such a sweet, extraordinary way.”

The special takes viewers into the modern-day studio and all the way back to the warehouse as it may have looked nearly 100 years ago when Ralph Peer convinced 19 acts to let him record their music. Peer created the royalty system that largely is still in place today and brought the world some of its most influential artists of all time.

“What’s so beautiful is to realize that all those years ago… nothing has changed,” noted Vince Gill. “All of us are still moved by a great singer and a great song.”

“If you’re a country music fan, we’re offering you a glimpse into the genesis of the genre as told by some of country’s most iconic artists,” said Circle Network’s Senior Vice President of Content, Evan Haiman.

Circle Network is dedicated to bringing country music and lifestyle programming to fans across the nation through Opry performances, documentaries, original programming and more. As the home of country programming, Circle Network viewers relish in the stories of country music’s greatest moments – both new and old – and are certain to enjoy learning about the little-known backstory of the Bristol Sessions in “Born in Bristol.”

Music and history buffs alike can commemorate the 95th anniversary of the recordings with special programming offered by the Smithsonian-affiliated Birthplace of Country Music Museum in Bristol. The museum explores how evolving technology shaped the success of the Bristol Sessions and how this rich musical heritage still thrives in the Appalachian region and beyond. The sessions are celebrated annually during the second week in September at the Bristol Rhythm & Roots Reunion music festival. Visitors can plan their music adventure at www.ExploreBristol.com.

Tennessee is home to seven genres of music: blues, bluegrass, country, gospel, soul, rockabilly and rock ‘n’ roll. More songs are written, recorded and played live in Tennessee than anywhere else in the world. In 2018, Tennessee Tourism launched the Tennessee Music Pathways to connect visitors to the people, places and events that shaped music history. Visitors can trace the origins and plan their own music-inspired journey at www.TNmusicpathways.com.