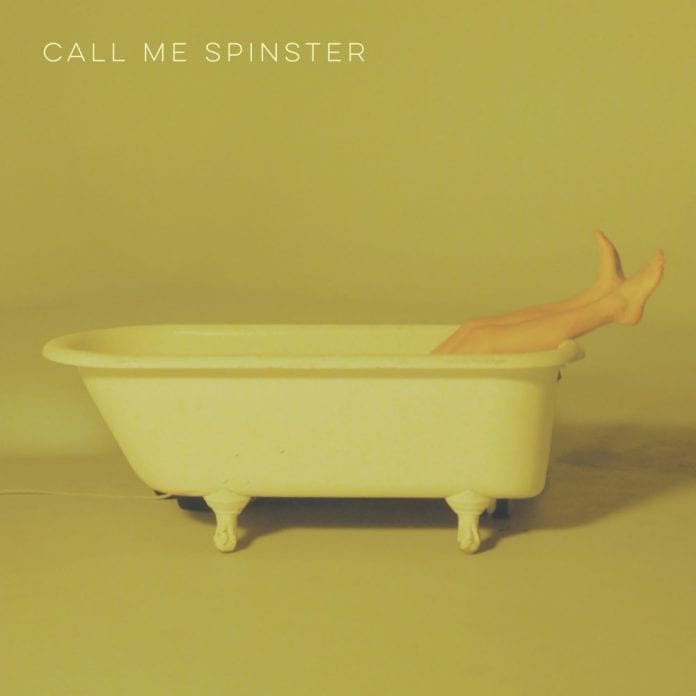 October 21, 2020 – Chattanooga trio Call Me Spinster has announced the December 11 release of their self-titled EP via Strolling Bones Records. The debut release from sisters Amelia, Rachel and Rosalie, Call Me Spinster is an extraordinary example of the transcendent musical bond only siblings can share. Along with the announcement, the band has released their dreamy first single “Here You Are” and a quirky, dance-filled music video. Filtering Debbie Harry energy through a bouncy ’60s girl group chord progression, the song opens up into walls of unexpected slide guitar and vocal harmonies with catchy lyrics that celebrate the strange and electrifying moment of meeting your child for the first time. MXDWN featured “Here You Are” yesterday, calling it “an excellent blend of retro rock that is a perfect pick-me-up during a global pandemic.”

“‘Here You Are’ was our first original song, written shortly after Amelia gave birth to her first child,” the group explains. “It describes the moment of meeting a person that you feel you should know after carrying and nurturing them for nine months, but instead you are met with a completely foreign little face, a ‘weary rambler’ from another dimension that just so happened to pick you for this cosmic go-around. The video celebrates this strange and fleeting beauty of being human. We wanted to capture moments between us that were raw, intimate, and unapologetically joyful, particularly in this moment of pain and disconnectedness.”

The sisters of Call Me Spinster began playing together while working as teachers in various international locales, mostly performing covers when they would get together for low-key events and family weddings. They quickly developed a repertoire of well-loved pop, R&B and ’90s boy band songs, which morphed into something new when approached through left-of-centre arrangements for stand up bass, accordion, banjo, ukulele and a drum set-up they lovingly referred to as “trash percussion.” After all three sisters relocated to their hometown, the trio quickly gained a reputation in the supportive Chattanooga music scene, and within a few years, they were applying their distinctive approach to songs of their own.

Call Me Spinster was produced by Drew Vandenberg (of Montreal, Toro y Moi) at the vaunted studios of Chase Park Transductions in Athens, GA. Over the course of a whirlwind week, the merry-go-round instrumentation of the band’s live set was transformed, as they experimented with overdubs and filled out arrangements with session players. Before they could return to the studio to finish recording, the pandemic shut things down and they were forced to finish vocal tracking, overdubs and in some cases full songs on their own, with the help of video chat tutorials from their producer. Accordion tracks were laid down in the bathroom, boyfriends were enlisted to help out with handclaps, sometimes takes would be marred by the dog audibly snoring in the background and have to be re-recorded, but the five songs that emerged are further evidence of a group that never takes the most travelled route.

From their pristine vocal harmonies and unorthodox instruments to the streak of self-aware humour that sneaks into everything they do, Call Me Spinster blurs old-timey traditions and modernized pop fun without ever landing in the expected territory. The resulting debut EP is a brief introduction to their wide-reaching but somehow singular sound, and a stellar starting point for becoming acquainted with a band that’s truly unlike any other.

Call Me Spinster is the first official release on Strolling Bones Records, which also launched this month. Born of a simple desire to create an environment for artists to grow, the label is a passionate new adventure from George Fontaine Sr., who also owns New West Records. Rather than focusing on a singular genre, the throughline at Strolling Bones Records is grounded in the pursuit of unique voices and visions. Find more information here: strollingbonesrecords.com.