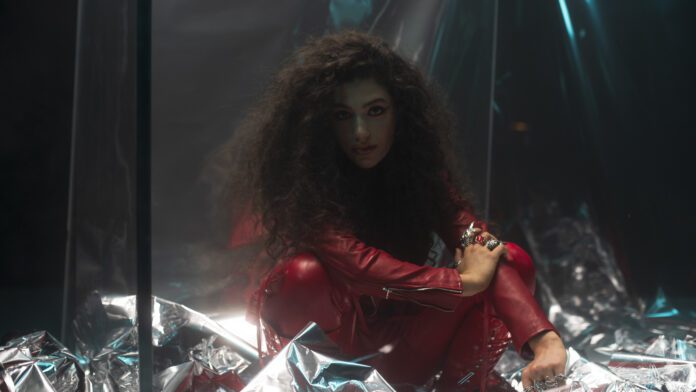 Today, Caroline Romano presents a stunning new video for the single “Dizzy,” from her new album, Oddities and Prodigies.

Inspired by the lyric “all I see are bodies without faces,” the Justin Key-directed music video takes place in a surrealist wonderland. With swirling, hyperactive camera angles, iridescent backdrops, and pops of neon against dark hues, viewers are taken on a hypnotizing yet unsettling joyride. “I wanted the video to feel like a melted world of art,” Caroline explains. “I truly can only draw the human figure without a face, so the video sort of likens that line to modern-day interactions — there are all these people around but we don’t really know them.”

At just 20-years-old, Caroline Romano has written and performed into the hearts and ears of an anxious generation. She’s accrued millions of streams across her repertoire and has captured the attention of key tastemakers like Hollywood Life, Just Jared, EUPHORIA and American Songwriter. Her songwriting abilities showcase her witty, introspective and hopeful take on modernity, romanticism and the highs and lows of being young in today’s world.

Caroline released her debut album, Oddities and Prodigies, on February 25th. From misty-eyed ballads to fiery pop-punk anthems, the album is a vivid snapshot of Caroline’s personal and musical journey — “this album is everything I know in 16 songs,” she says.