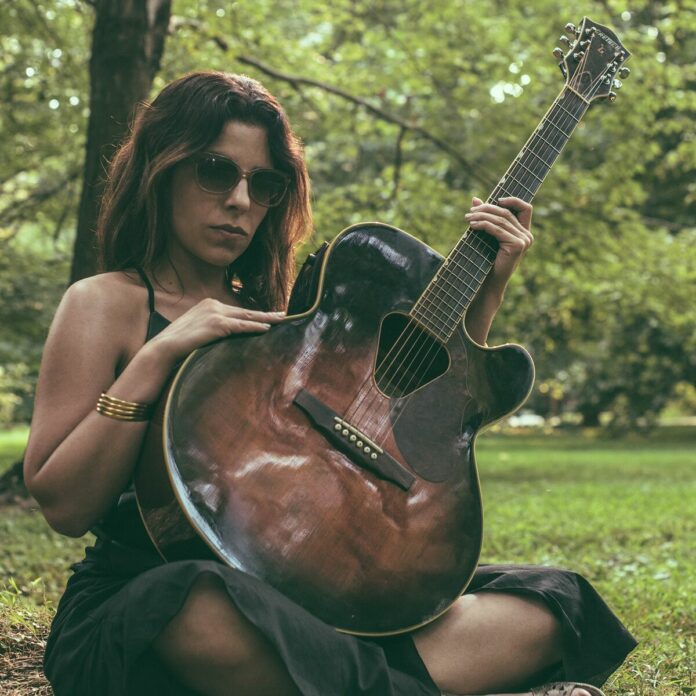 Singer, songwriter, and producer Lisa Said (pronounced “Sa’yeed”) will release a revised and remastered edition of her 2016 debut album NO TURN LEFT BEHIND as a digital download and via streaming platforms on November 11, 2022 on her label Tall Short Records. The original sessions were conducted at the legendary Washington D.C. area Inner Ear Sound Studio, with Said and studio owner Don Zientara producing. The re-release features new artwork, remastering by Joe Lambert, a different track sequence, and an alternate mix of “One Too Many”. Said feels that these updates represent the songs correctly for the first time.

Lisa Said started taking her solo work seriously in 2014 and contacted Inner Ear and other D.C. Area studios in the D.C. area about recording her collection of songs. The result was NO TURN LEFT BEHIND, with Said and Zientara co-producing and working with Andrew Toy (drums), Seth Kauffman (bass, electric guitars), Jon Carroll (keyboards, accordion, piano), Kip Jones (violin), among others. The album was released two years later, drawing surprising attention and praise from reviewers, one of which described it as “an impressive debut—sexy, smart, and eminently playable” (Jeff Burger, NO DEPRESSION).

Said is a self-proclaimed nomad. She was born and raised in Tennessee to parents who immigrated from Egypt, then she moved to a series of East Coast cities after college. She learned how to play guitar and bass at the age of 27 after hanging out with punks, hippies, and rock & rollers that taught her how to play and has performed in bands and as a solo artist since. And her music is undoubtedly riddled with nostalgia and mashups of her musical past.

She now lives in Lisbon, Portugal where she moved in February 2020, immediately before the worldwide COVID-19 lockdown began. While her to decision to move across the world to begin a new life startled her friends and family, it felt natural to Said. After visiting Portugal for the first time in 2018, she immediately felt at home and at ease; it seemed a perfect midpoint both geographically and culturally between Egypt and America. Living in an Old World setting with avante-garde elements spoke to her as a “third culture kid”—straddling two cultures while never feeling completely at home in either. The traditional Portuguese fado music as well as music from other Lusophone countries (Brazil, Cabo Verde, etc) drew Said in. “Saudade,” a Portuguese word that means “an emotional state of conspicuous melancholic or profoundly nostalgic longing for something or someone that one cares for, loves, not necessarily real” and has no English equivalent, is often a theme of Portuguese and Lusophone music, and also of Said’s.

Five years later after releasing her debut album, an EP, and two releases with her D.C. band Piramid Scheme, Said recorded a new solo album in Portugal with Nilson Dourado, a Brazilian multi-instrumentalist and producer, and is gearing up to release it early 2023. NO TURNED LEFT BEHIND and her upcoming LP will serve as musical bookends to Said’s journey from Tennessee to Lisbon, as she embarks on the next act of her intriguing journey.