Home News Music News EMILY ANN ROBERTS CAPS OFF AN IMPRESSIVE YEAR AND RINGS IN THE... 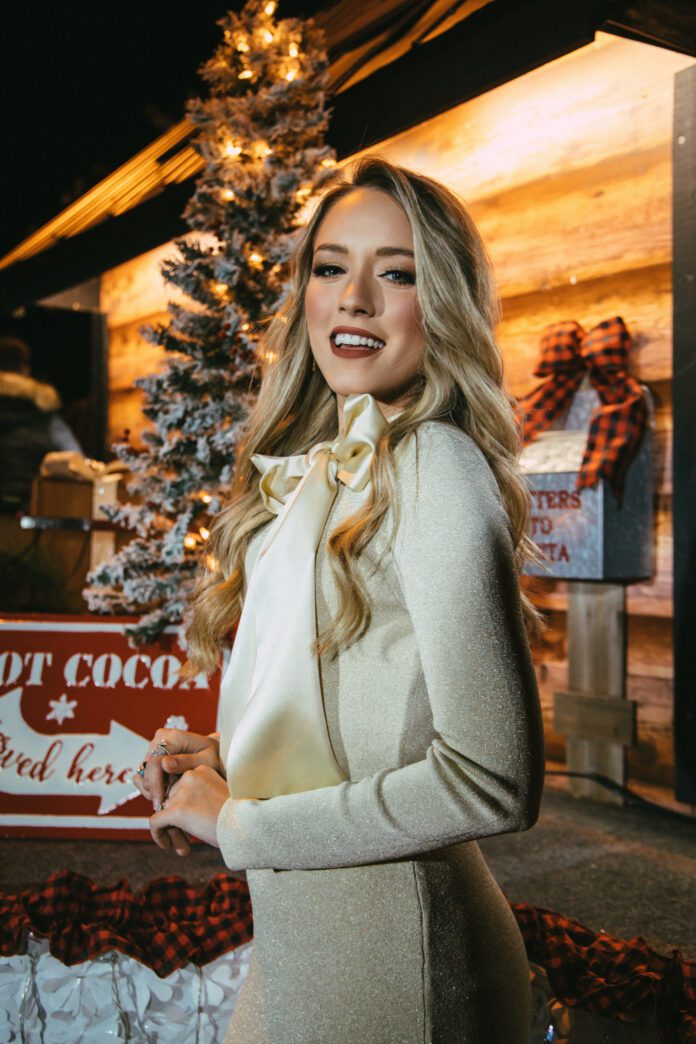 NASHVILLE, Tenn. (December 16, 2022) – Emily Ann Roberts capped off a busy year with two performances in her hometown of Knoxville earlier this month. Emily Ann dazzled at the award-winning Gatlinburg Christmas Parade on December 2 where she sang a medley of songs. In addition to the parade, Emily Ann performed at the first-ever Appalachia Sessions Television Show presented by The East Tennessee Historical Society at the Bijou Theatre alongside Mark Wills and Jackie Lee.

Emily Ann has had an impactful year all around. She’s capping the year with 20 million cumulative streams and she’s graced the Grand Ole Opry stage 5 times this year and 16 times overall. Her October release, “Whole Lotta Little” garnered nearly two million streams and has had viral success on TikTok. Billboard stated, “(Roberts) rapid-fire vocals ring with personality and conviction.” In November, Roberts released what some would call her ‘career song,’ “The Building.” She dropped the official music video shot partially at the mother church of country music, the Ryman Auditorium. The video is in rotation on CMT Music, The Country Network and Heartland. Watch “The Building” official music video here: http://bit.ly/3UWm5zt
Watch the behind-the-scenes video here: https://youtu.be/4stmstV2Pso

With the new year approaching quickly, Roberts is gearing up for a big 2023. She has a touring history of opening up for major artists like Reba McEntire and Blake Shelton, and her high-energy live shows are unlike any other. For more info and additional show dates, please visit emilyannroberts.com.