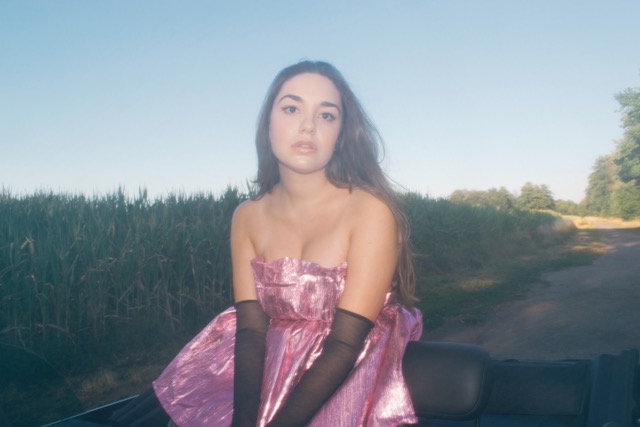 Luisa Siorou is a German artist who has already made a name for herself in the world of social media. Starting out this year, she released her debut single ‘perfect crime’ in April, and has already seen thousands of streams on Spotify alone. Her TikTok has gone viral since then, with over 1 million views and 30,000 followers on the platform.

Luisa also writes, records and co-produces everything she does, making her an artist with full creative control and being able to bring in her own style and elements which is there for all to see from her scintillating debut. An exciting songwriter on the rise, Siorou now returns with her second single, ’80s Rom-Com’.

Influenced heavily by 80s pop and the rise of synths, Luisa wanted to focus in on this and immerse herself into this venture. Working with Nashville based artist and producer Lukas Scott Klingensmith on this one, the two combine to create a real gritty modern pop song with an edge that cuts through the noise.

Luisa references the 80s classic film “Pretty In Pink” and is comparing that Rom-Com love story to real life, with the lyrics “If this was an 80s Rom-Com…You wouldn’t play the lead” calling as the main hook in this catchy, atmospheric pop track that keeps you intrigued from that very first second.

A real element of nostalgia is prevalent in ’80s Rom-Com’, and it shows that even though Luisa Siorou is just at the very start of her musical career, it’s more than clear that she has a real idea of where she wants her music to be placed. Already working and co-producing from an early age is also very promising for what is a very mature way of working, and ’80s Rom-Com’ is another stepping stone towards Luisa Siorou’s relentless pop entwined climb.