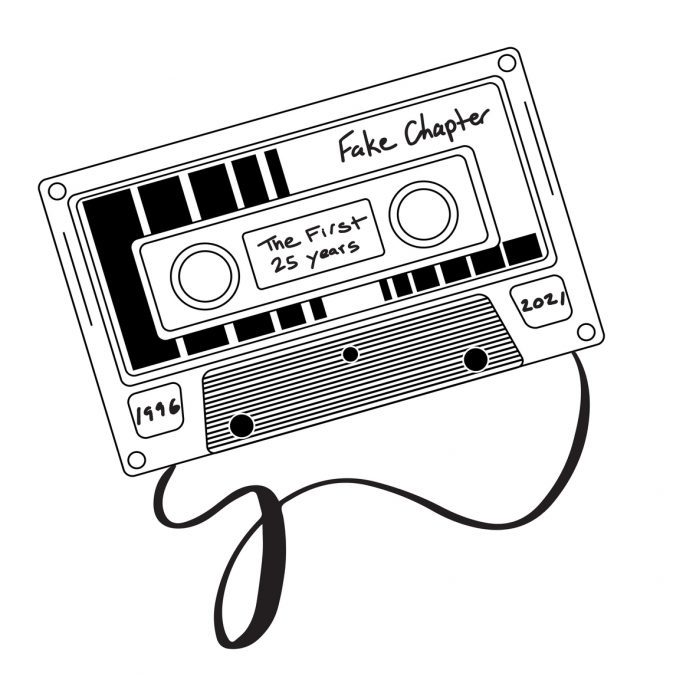 When he started Fake Chapter Records in his college dorm in NJ, Gilligan never imagined his label would be old enough to rent a car. On November 11th, 25 years to the day of the first cassette, Fake Chapter will release a retrospective comp, The First 25 Years in celebration of his diverse catalog of indie rock, power pop, punk, acoustic and more. There are 25 tracks, and three singles will be released from Thirsty Curses (acoustic version of their “You Don’t Have To Tell Me You Love Me,” Arms and Sleepers’ new single “C’était Un Rendez-Vous” and The Art of the Soul’s piano instrumental of “Happy,” the popular Ned’s Atomic Dustbin single.

Other notable bands on the comp include The Nuclears. Hailing from Washington DC, their single was awarded “Coolest Song In The World” by Underground Garage Radio on Sirius/XM Radio. The Bright Road (Montreal) are a well-known Canadian band, whose single “We’ll Be Fine” is a fine example of their shimmering indie rock. Miles Hunt of The Wonder Stuff is also featured- Hunt led the Wonder Stuff, one of the most popular bands in the UK in the early 90s. They had a #1 single “Dizzy” in 1991, and appeared on the David Letterman show. Miles has sold millions of records through the Wonder Stuff, Vent 414, and his solo albums. Singer/songwriter’s MaryLeigh Roohan beautiful single “The High Wire” is tender, personal and powerful. Pittsburgh rockers Meeting of Important People contribute “Rest Stop” a previously unreleased tune.

Gilligan’s first project was a split cassette of local punk bands on 11/11/1996. Since then, Fake Chapter has released over 60 records from bands all over the world including Dave Wanamaker (formerly Expanding Man), Dryer, DMBQ (Japan), Platonick Dive (Italy). Asked his secret to success, Gilligan attributed it to being “too stubborn, or stupid to give up.” Fake Chapter has also released three records by the critically acclaimed Boston duo Arms and Sleepers and dozens of other domestic artists. The label is also notable in the kids music genre working with artists such as Josh and Gab, Lisa Loeb, Board of Education, and Mr. Steve and Miss Katie – their “Clean Up Song” has over a million of streams on Spotify. Gilligan (owner) has also written a book called Sex, Drugs, and Cubicles which is a humorous collection of stories about running a record label and his corporate day job at Sony Music.