“We’re elated that both Allison and Valerie have been recognized by the Academy and their peers,” stated Margi Cheske, President of Fantasy Records. “We’re privileged to work with artists whose music resonates with people in such profound and meaningful ways.”

On the critically acclaimed Outside Child (produced by Dan Knobler), Allison Russell, the poet, singer, songwriter, multi-instrumentalist, activist and co-founder of Our Native Daughters and Birds of Chicago, unpacks her youth in searing detail. She sings about deliverance and redemption, about the places and people and realizations that helped her survive and claim her freedom. It’s an album of strength and affirmation, not victimization,” said The New York Times in their profile on Russell. Following the release of Outside Child, she performed on Jimmy Kimmel Live! and CBS This Morning, made her Opry debut and appeared at the Country Music Hall of Fame. This year, Allison Russell was nominated for 2 Americana Awards, included on the prestigious Polaris Prize long list, nominated for 4 Canadian Folk Music Awards and 3 UK Americana Music Awards. Russell also acted as the closing curator at the 63rd annual Newport Folk Festival. In the set, she brought together BIPOC/LGBTQIA+/Ally visionaries for a landmark collaboration with a mission of placing Black Womxn and active Allies at the center, the event included Adia Victoria, Brandi Carlile, Chaka Khan, Margo Price, Kyshona, Yasmin Williams and so many more.

Produced by Jack Splash (Kendrick Lamar, Alicia Keys, John Legend) and Valerie June, The Moon and Stars (Prescriptions For Dreamers) is sweeping and ambitious with earthy R&B production and a touch of psychedelia amidst its astral folk-pop orchestration, the pair arrived at a sound that is elegant and endlessly surprising. Uncut calls it “a psychedelic tour de force” that is “powerfully, elegantly subversive,” and Rolling Stone proclaimed it, “career making.” At the center is June’s spellbinding vocals and infectious sense of wonder that finds the Brooklyn-via-Memphis artist narrating the often-precarious journey to joyful possibility. The follow-up to her 2013 breakthrough, Pushin’ Against A Stone, and the widely adored The Order of Time—a 2017 effort that earned the admiration of Bob Dylan and landed on best-of-the-year lists—The Moon and Stars: Prescriptions For Dreamers is a transportive, deeply affecting work – a potent catalyst for those foolish enough to dream.

Get Allison Russell’s Outside Child HERE

Watch the video for “Nightflyer” HERE

Get Valerie June’s The Moon and Stars: Prescriptions For Dreamers: HERE 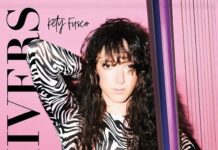 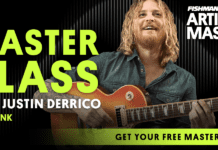 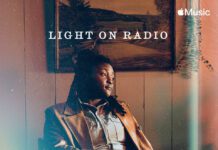